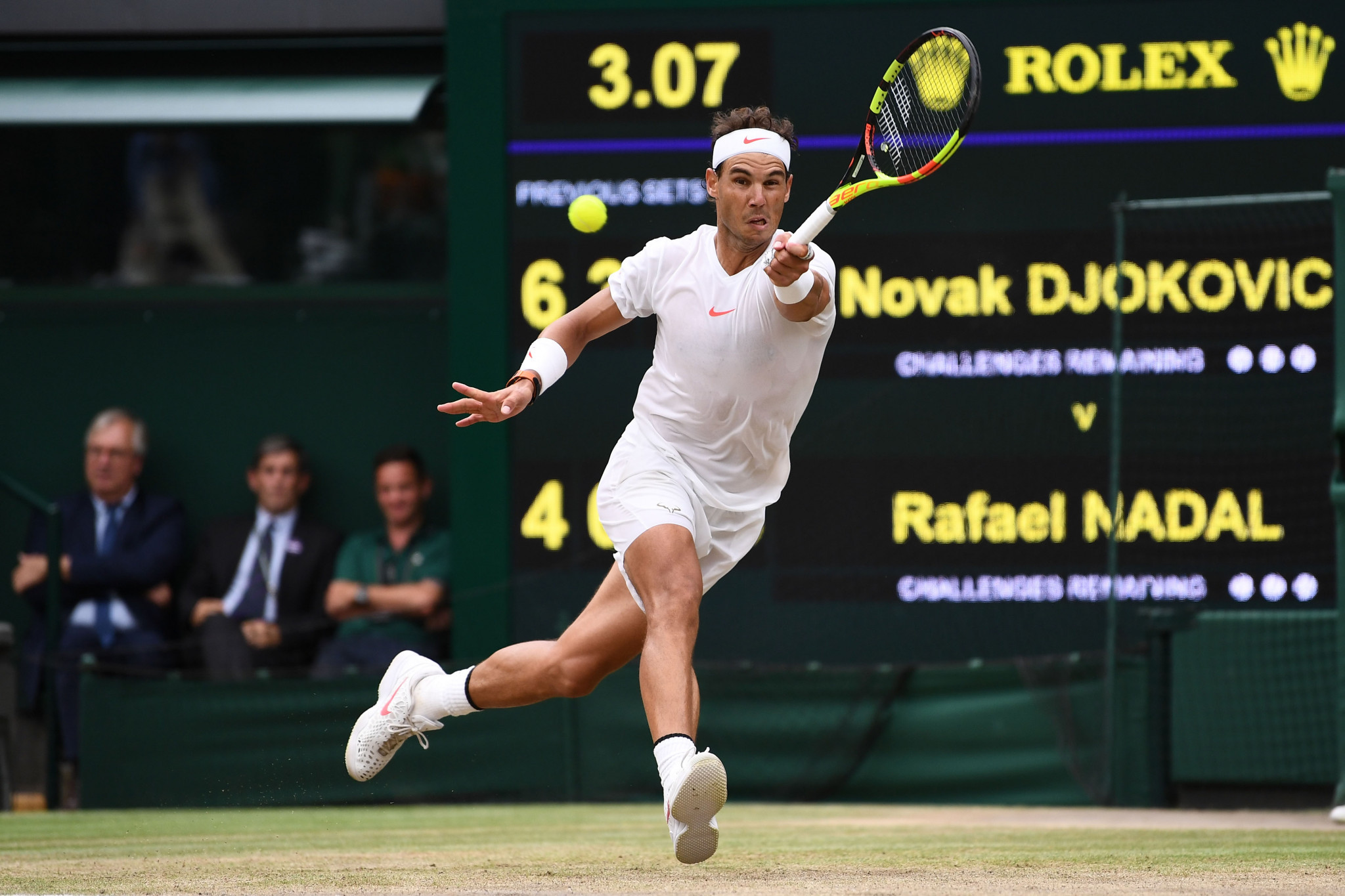 The trio feel that the exclusion is unfair, with Serbia's Djokovic comparing the situation to himself not being allowed to play at the Australian Open in January over not being vaccinated against COVID-19.

"It's not the same thing, but going through something similar earlier this year for myself, it's frustrating knowing that you're not able to play," Djokovic, who was deported from Australia over his vaccination status, said.

"I still stand by my position that I don't support the [Wimbledon] decision.

Men's world number two Daniil Medvedev and world number eight Andrey Rublev are both Russian and among the stars set to miss Wimbledon.

Belarus' Aryna Sabalenka is the highest player in the women's rankings to be impacted, with the world number four reaching the semi-finals at Wimbledon last year.

"It's not their fault what's happening in this moment with the war," said Spain's Nadal, who has won a record 21 men's singles Grand Slam titles.

"I'm sorry for them.

"Wimbledon just took their decision, the Government didn't force them to do it.

"Let's see what happens in the next weeks, if the players will take some kind of decision in that regard."

Before the AELTC decision, Britain's Sports Minister had claimed players from Belarus or Russia would have to sign a written declaration of neutrality to be permitted to play.

Sir Andy is also against the ban but added that there was no "right answer" to the situation.

"I’m not supportive of players getting banned," said the two-time Wimbledon winner, who is British and donating all of his prize money this season to humanitarian relief in Ukraine.

"I feel really bad for the players who aren’t allowed to play and I get that it will seem unfair to them.

"But I also know some of the people who work at Wimbledon, and I know how difficult a position they were in.

"I feel for everyone, feel for the players that can’t play, and I don’t support one side or the other."

The comments follow on from Belarus' Victoria Azarenka leading a call for action among the affected players.

The group is considering taking legal action against the AELTC, which has stood by its decision.

"In the circumstances of such unjustified and unprecedented military aggression, it would be unacceptable for the Russian regime to derive any benefits from the involvement of Russian or Belarusian players with the championships," an AELTC statement insisted.

Both the Association of Tennis Professionals and Women's Tennis Association are allowing Russian and Belarusian players to compete as neutral at their events, while the French Open has confirmed it will not follow Wimbledon's lead.

Russia, aided by Belarus, launched a full-scale invasion of Ukraine on February 24.

More than 2,899 civilians have been killed in Ukraine and at least 5.5 million refugees have fled the country, according to the United Nations, although the true death toll is believed to be far higher.

Russia has been accused of committing a genocide by Ukrainian authorities, with mounting evidence that civilians have been murdered indiscriminately in some areas.

Some estimates put the combined military death toll above 20,000.