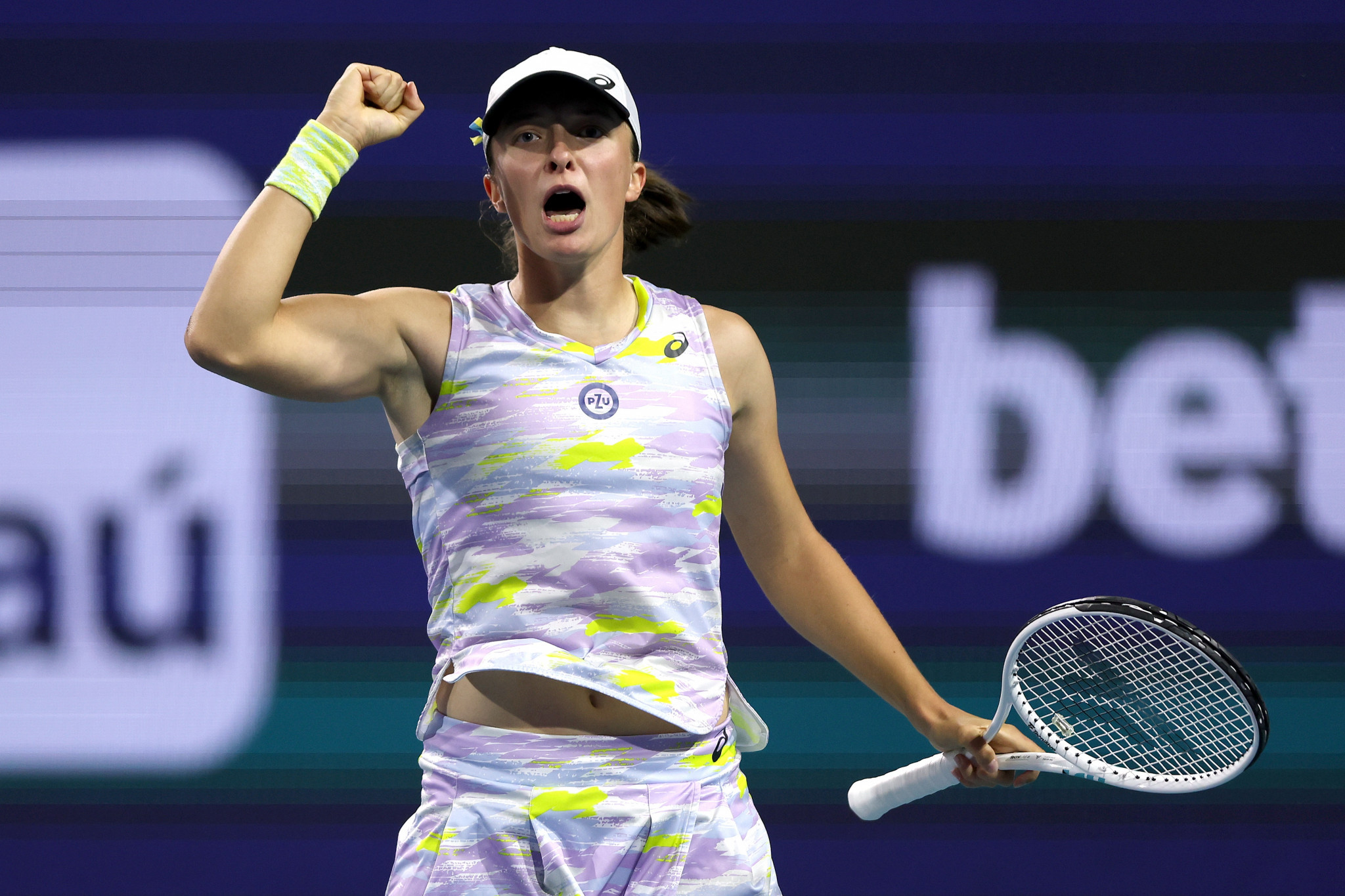 Iga Świątek is set to play her first match since becoming the world number one in women's singles tennis, representing Poland against Romania in one of seven Billie Jean King Cup qualifiers scheduled across the world for tomorrow and Saturday (April 16).

The 20-year-old has enjoyed a sensational year so far, racking up her 17th successive match win and third consecutive Women’s Tennis Association 1000 event title at the Miami Open earlier this month.

She leads the Polish team alongside Magda Linette, Magdalena Fręch, Maja Chwalinska and Alicja Rosolska for the home qualifier at the Radomskie Centrum Sportu in Radom.

"The last couple of years have shown me that it's not easy to play with your home crowd because it's also some kind of pressure that you can feel, but for sure I'm going to use my experience and the experience that I used in Zielona Góra when we last played [in the Billie Jean King Cup] at home," Świątek said.

"I think this time is going to be easier.

"I can focus more, and take some energy from the crowd, so hopefully I'm going to use that.

"I'm really excited for the match."

Romania reached the semi-finals of the Cup in 2019.

World number 14 Jessica Pegula headlines the hosts' line-up, having reached the quarter-finals of the Australian Open and semi-finals of the Miami Open so far this year.

The United States Tennis Association has said it will donate 10 per cent of ticket revenue to the Ukraine Crisis Relief Fund amid the ongoing war in the country, which has led to the defending champions the Russian Tennis Federation and Belarus being banned from the Billie Jean King Cup.

France are the highest-ranked team on the Billie Jean King Cup Nations Ranking featuring in the qualifiers, travelling to the Tennis Club Alghero to face Italy.

US Open champion Emma Radacanu leads the British team travelling to the I. Czech Lawn Tennis Club in Prague.

Czech Republic is the second-most successful nation in Billie Jean King Cup history with 11 titles - six as an independent nation and five as Czechoslovakia.

Kazakhstan entertain Germany at the National Tennis Centre in Nur-Sultan, Canada play Latvia at the Pacific Coliseum in Vancouver and The Netherlands take on Spain at Maaspoort Sports and Events in 's-Hertogenbosch in the other qualifiers.

The winners of the seven qualifiers will advance to the Billie Jean King Cup Finals, scheduled for November 8 to 13 at a still to be confirmed host venue.

Switzerland have automatically qualified for the Finals after finishing as runners-up in 2021, and Australia as the highest-ranked losing semi-finalist.

The highest-ranked losing nation from the qualifiers will be awarded a wildcard to complete the 12-team line-up for the Finals.