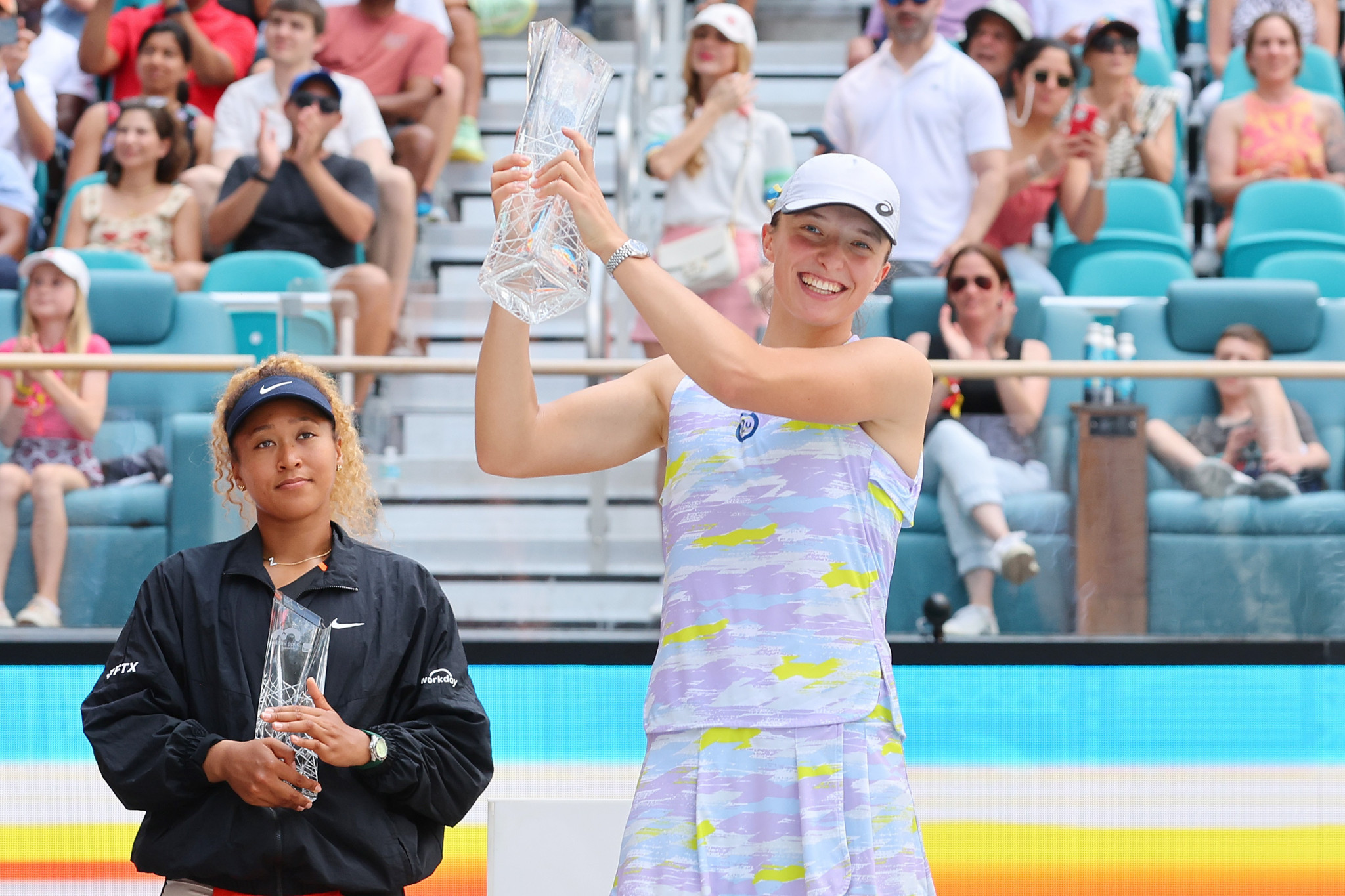 Świątek cruised to a 6-4, 6-0 victory at the Hard Rock Stadium in the American city to register her 17th successive win and third consecutive Women’s Tennis Association 1000 event title.

The Pole’s formidable form has seen rise up the rankings and will become the world number one on Monday (April 4), succeeding retired Australian Ashleigh Barty.

"I just feel really satisfied and fulfilled and also proud of myself," said Świątek.

"I feel like I have got to celebrate, because I don't know how long I can keep up with this streak."

"I learned a lot about myself, that I can keep going, and really I don't need to feel like 100 percent on points to win matches against great players.

"I can trust myself a little bit more right now.

"I really used that streak to have more confidence, and also the ranking."

Osaka held firm in the early stages as she saved two break points in a 10-minute game, but the pressure soon told.

Świątek hit a backhand crosscourt winner to secure the first break of the match, taking a 3-2 lead.

This proved to be the decisive moment in the final as Świątek took a stranglehold of the contest.

"Playing against Naomi in a final was pretty exciting, and I knew that the world is going to watch, because it's a nice match just to follow," said Świątek.

"I wanted to give the best tennis I can so people actually can be satisfied.

"But on the other hand, just seeing that I can play that well against such a player is really satisfying."

There was more success for Poland in Miami when Hubert Hurkacz teamed up with American John Isner to win the men’s doubles title.

Hurkacz and Isner claimed a 7-6, 6-4 win over Wesley Koolhof of The Netherlands and Neal Skupski of Britain.

It was a second straight Association of Tennis Professionals Tour crown for Isner who won the Indian Wells title with compatriot Jack Sock two weeks ago.

Competition is set to conclude tomorrow with the men’s singles final between Spain’s Carlos Alcaraz and Norway’s Casper Ruud.