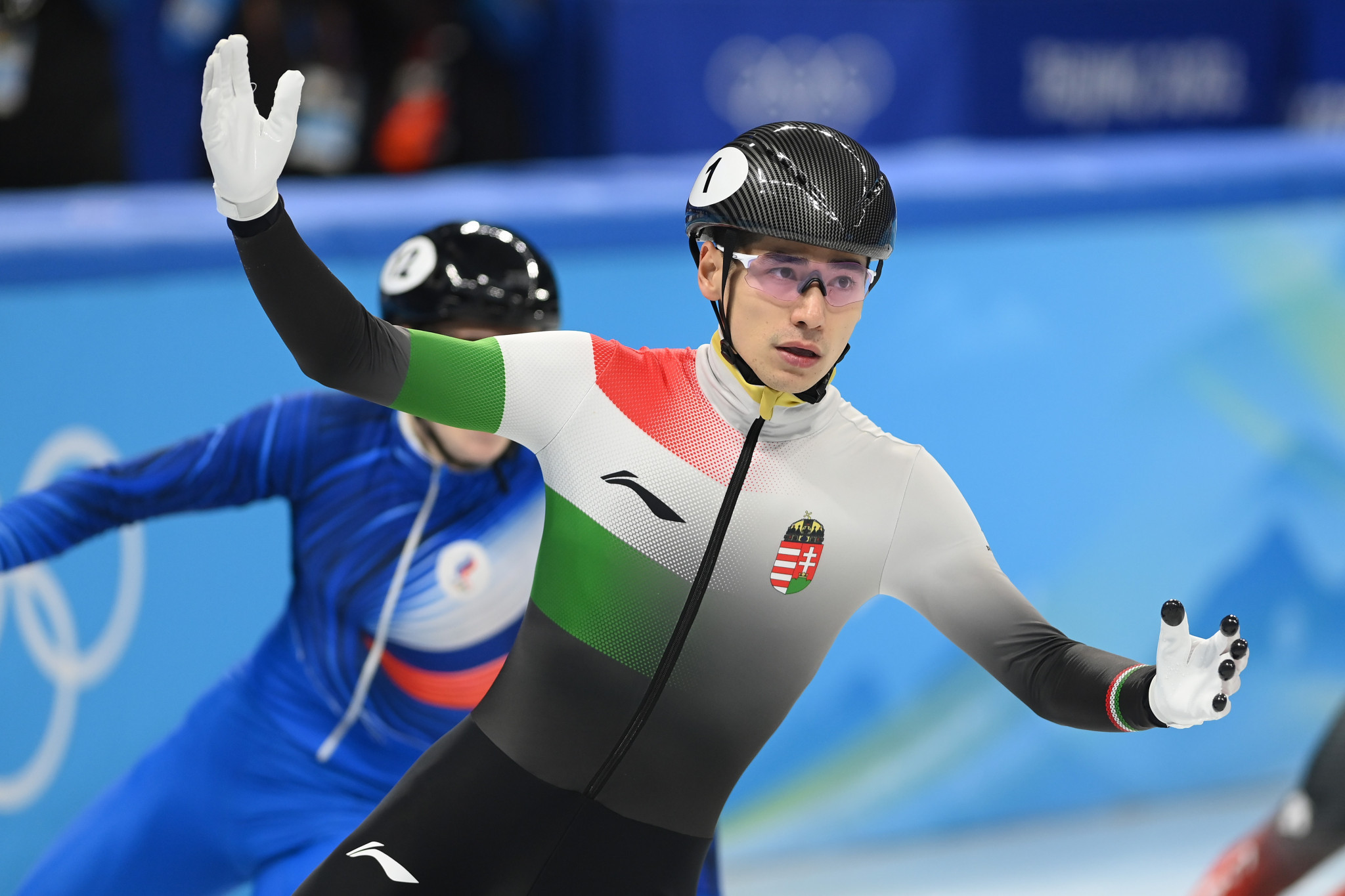 The Hungarian was the top qualifier across the men’s 500 metres, 1,000m and 1,500m as action got underway at the Maurice Richard Arena.

Liu claimed men’s 500m gold at the Beijing 2022 Winter Olympics and is the defending world champion in the event.

He produced the fastest time in his heat in Montreal as he crossed the finish line in 40.696sec ahead of Israel’s Vladislav Bykanov and Italy’s Thomas Nadalini who were among the 21 skaters to qualify for the quarter-finals.

Liu also registered the quickest time in the men’s 1,000m heats with 1:26.178 as Desmet, Bykanov, South Korean pair Kwak Yoon-gy and Kim Dong-wook, France’s Sebastien Lepape and Dion also came out on top in their races to progress to the quarter-finals.

There was little change in the men’s 1,500m quarter-finals with Liu, Desmet, Dion, Lepape, Bykanov and Kim all topping their heats.

Liu posted the fastest time again, crossing in 2:15.036 ahead of Kwak and Australia’s Brendan Corey in a quick third heat, while Latvia's Reinis Bērziņš achieved his first win of the day in heat two.

South Korea's Shim Suk-hee denied Xandra Velzeboer of The Netherlands a clean sweep of race wins on the first day of women’s action in Montreal.

The two-time Olympic gold medallist is competing in the Canadian city after completing a two-month ban for making disparaging remarks about team-mates.

Velzeboer was the fastest qualifier from the women’s 500m heats after finishing in 42.494.

Velzeboer notched a time of 1:29.595 to qualify quickest from the women’s 1,000m heats after edging out Shim on this occasion.