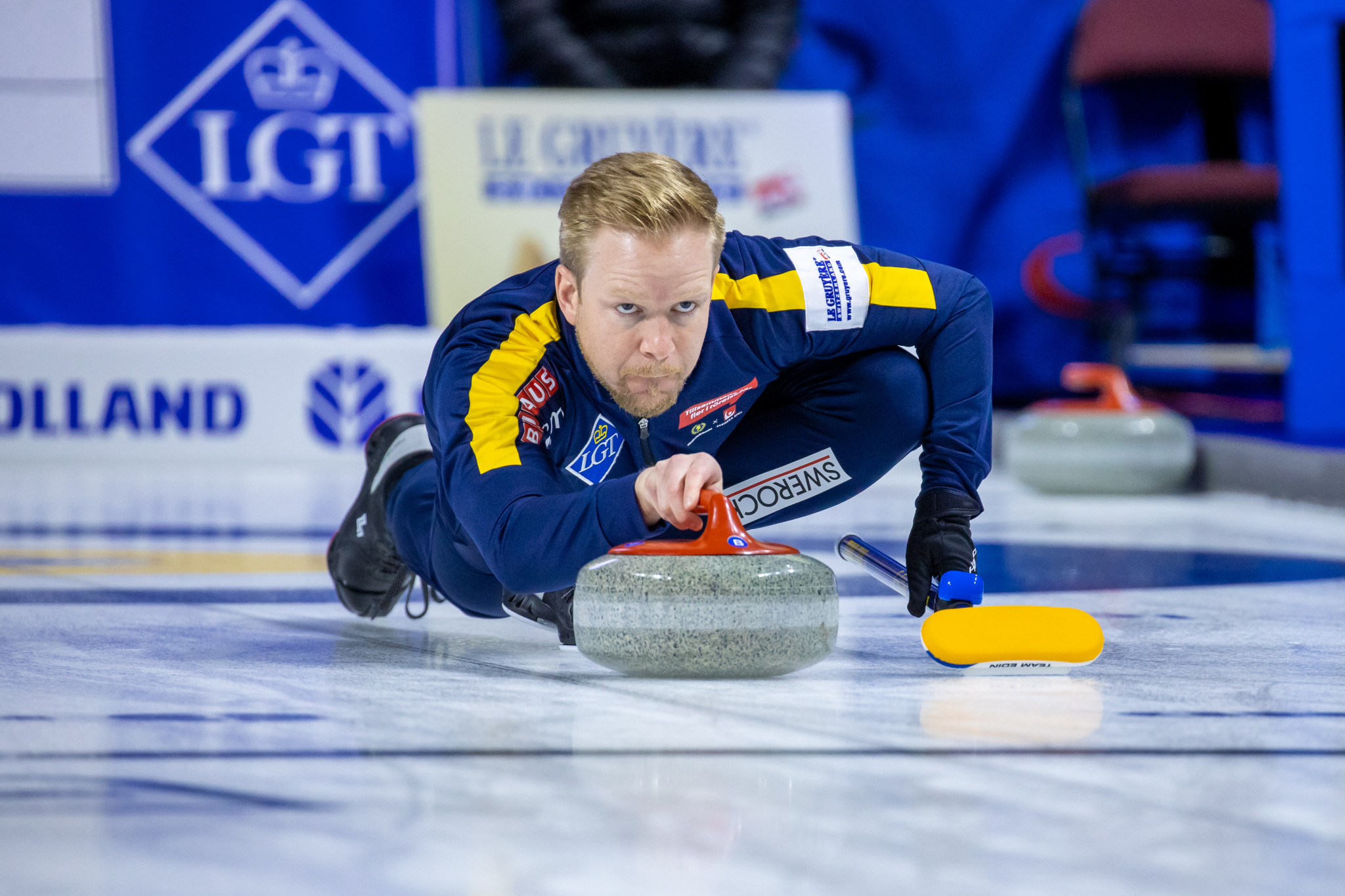 Beijing 2022 Olympic champions Sweden have begun the World Men’s Curling Championship with a solid win over The Netherlands in Las Vegas in the United States.

The Swedes overcame their opponents 7-4 thanks to a crucial seventh end performance in the Orleans Arena.

The Dutch opened the match with a point in the first end and a single point steal in the second.

By the time the match reached the seventh end, the score was tied 3-3 and it seemed The Netherlands could cause an upset.

However, the Swedes provided a damaging blow in the seventh after skipper Niklas Edin produced a draw to give his team a three-point advantage.

The eighth was blanked and The Netherlands skip Wouter Gösgens played a draw to make the score 6-4 in the ninth end.

Unfortunately for the Dutch, this was not enough, and Sweden added a point to secure the win.

The Canadians opened their campaign with a well-fought 6-4 victory against Czech Republic before they edged Norway 8-7 later in the day.

Canada led 2-1 against the Czech heading in the third end and skipper Brad Gushue increased their advantage by two more points after a soft tap-up of one of his stones.

Heading into the seventh end, the Canadians were cruising 5-1.

However, Czech skip Lukáš Klíma had other ideas and reduced the deficit by two points.

After single scores were exchanged in the eighth and ninth end, the Czech ran out of stones in the tenth end to end any hope of a late comeback.

"We had some challenges there - they played pretty good and forced us into some tough shots," Gushue said.

"I missed one in eight, but made two good ones in ten which sealed the deal for us."

The Olympic bronze medallists then faced staunch opposition against Norway in a tie which went down to the wire.

The scores were level at 4-4 after the sixth end before Gushue played a hit and stay at the front of the house to keep his shooter in play, leading to a two-point score seventh end for the Canadians.

Norway tied in the eighth end, and they stole another point in the ninth to put the match 7-6 in their favour.

During the final end, Norway was forced into attempting a difficult angle slash, which they missed by millimetres, but the failed shot resulted in Canada securing two points to take the win.

Other victors on the first day of action include the US overcoming Denmark 8-2 and Norway defeating South Korea 7-3.

Germany handed The Netherlands their second defeat of the tournament with a commanding 13-7 victory.