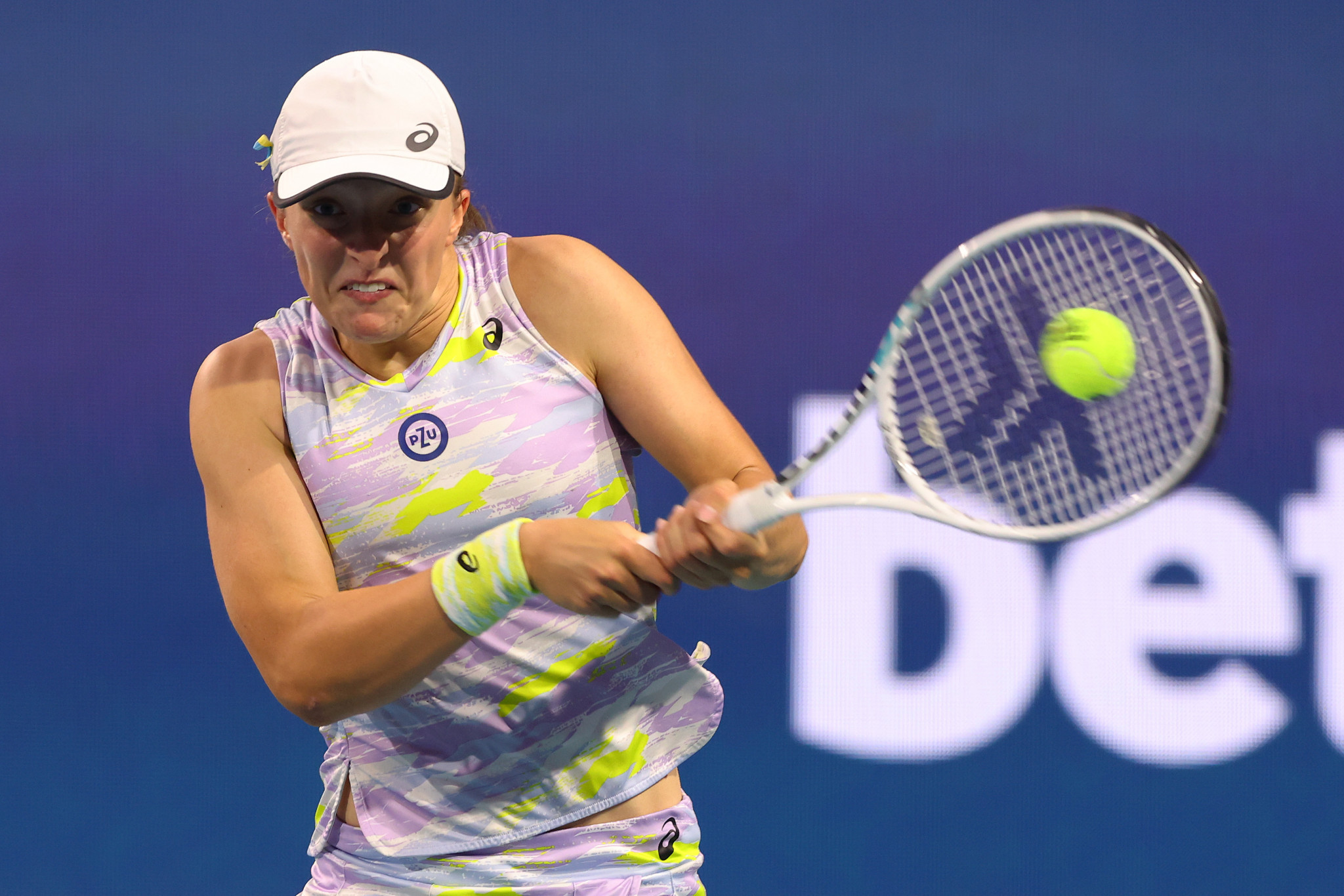 The 20-year-old Pole is set to take over as number one at the end of the tournament following the retirement of Australian Ashleigh Barty, and remains on course to mark the moment in style after another straight sets win.

After victories in the last two WTA 1000 tournaments in Doha and Indian Wells, Świątek is hopeful of using the momentum from her successes going into a semi-final against the United States' Jessica Pegula.

"I want to use the confidence that I built since the beginning of Doha," Swiatek said.

"Having that kind of streak got pretty tricky, but I'm pretty glad that I could play well, that I'm healthy, and that I can compete against players like Petra.

World number 21 Pegula had led 4-1 in the first set after 18 minutes against Paula Badosa when the Spanish fifth seed retired due to illness.

Olympic champion Belinda Bencic of Switzerland and Japan's four-time Grand Slam winner Naomi Osaka had already booked their places in the other semi-final.

In the men's singles, there was also a retirement which paved the way for Argentina's Francisco Cerúndolo to become the first player to reach an Association of Tennis Professionals (ATP) Masters 1000 semi-final on debut since 2012.

Cerúndolo also led 4-1 over Italy's Jannik Sinner after 23 minutes of the first set, when his opponent retired due to foot blisters.

He will face Norway's Casper Ruud, who triumphed in three sets over Germany's Olympic champion and second seed Alexander Zverev.

The other two quarter-finals are set to feature Russian top seed Daniil Medvedev, competing as a neutral, up against Hubert Hurkacz of Poland, and Spain's Carlos Alcaraz against Serbia's Miomir Kecmanović.