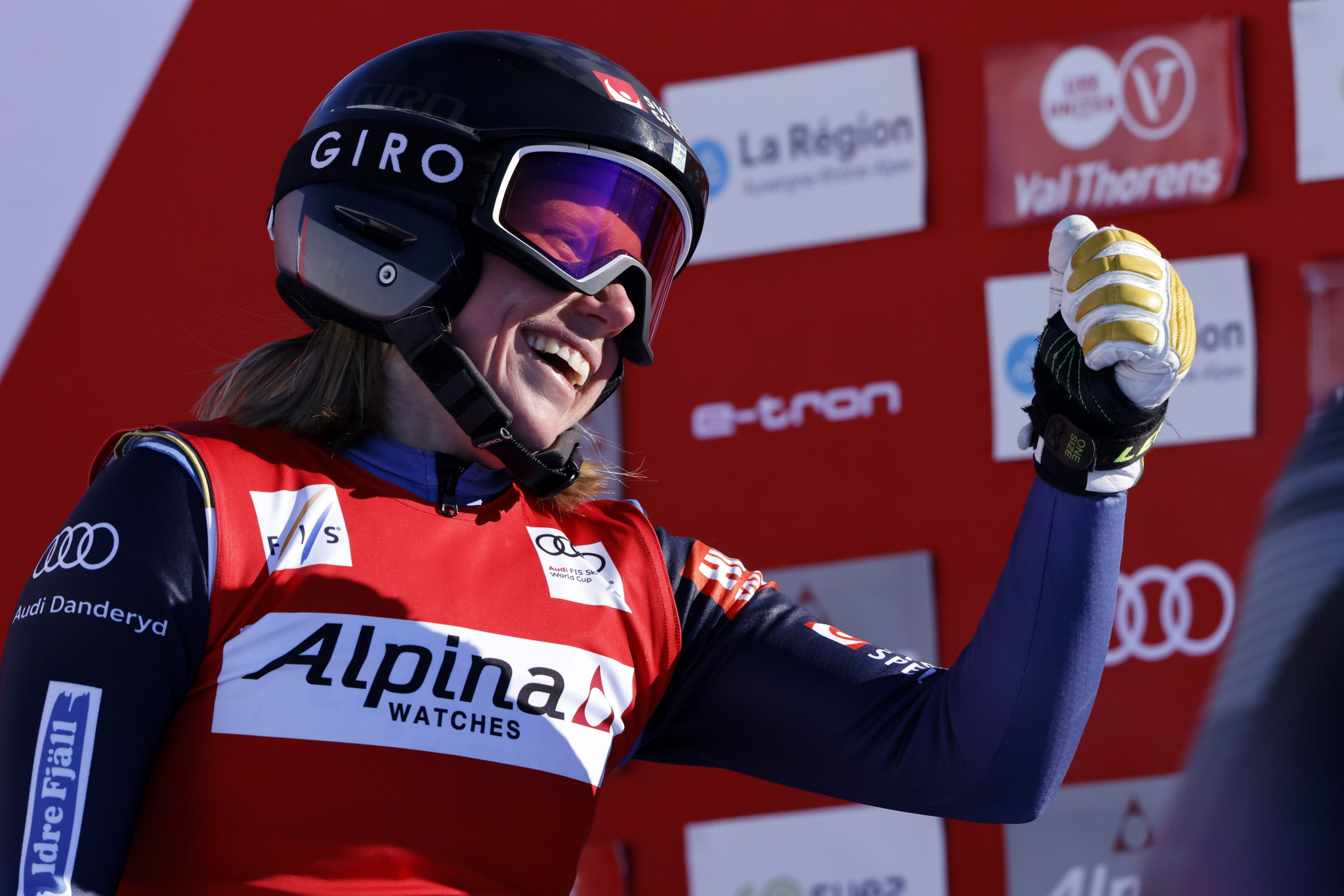 Sweden's Sandra Näslund continued her record-breaking campaign in the women's International Ski Federation Ski Cross World Cup by winning the penultimate stage of the season in Reiteralm, her 10th victory of 2021-2022.

It was not smooth sailing for the usual front runner, with the Olympic champion being forced to overcome Canadian Marielle Thompson in two straight races from behind.

Thompson had a perfect start in the semi-finals, leaving the Swede in her trail until the halfway stage where Näslund perfected the landing on one of the big jumps to give her momentum and move into first.

The pair made it into the big final with two more Canadians - Brittany Phelan and Hannah Schmidt.

Thompson again had Näslund in a sweat in the final, but the quality shone through, giving the Swedish skier her 10th win of the season.

This improves her own record of most ski cross wins in a season.

Phelan took the bronze in front of Schmidt, while Katrin Ofner of Austria won the small final for fifth place in front of compatriot Sonja Gigler and Courtney Hoffos of Canada.

Näslund had already wrapped up the World Cup title and now has 1,050 points, with her closest rival Switzerland's Fanny Smith, back on 566 more than four race wins behind, after not starting competition today.

Thompson stays in third overall in front of Phelan.

Canadian Reece Howden became the eighth men's winner in 11 World Cup races this season as leader Ryan Regez of Switzerland missed an opportunity to extend the gap by a sizable margin to his challengers.

Howden led Ryo Sugai to the line, with the Japanese skier making the World Cup podium for the first time in his career at the age of 30.

Olympic silver medallist Alex Fiva nudged out compatriot Regez for the bronze, but more importantly for his team-mate, some extra points.

Beijing 2022 gold medallist Regez headed into the penultimate race tied with France's Terence Tchiknavorian on 477 points, with Bastien Midol, also from France, on 441.

All three met in the opening heat in what was the most dramatic race of the day.

Regez came through in second behind Austrian Johannes Aujesky as Midol crashed out, nearly wiping Tchiknavorian out completely as both were eliminated.

This meant Regez made a gap of 41 points to Tchiknavorian and 82 to Midol ahead of the finale next week in Veysonnaz.