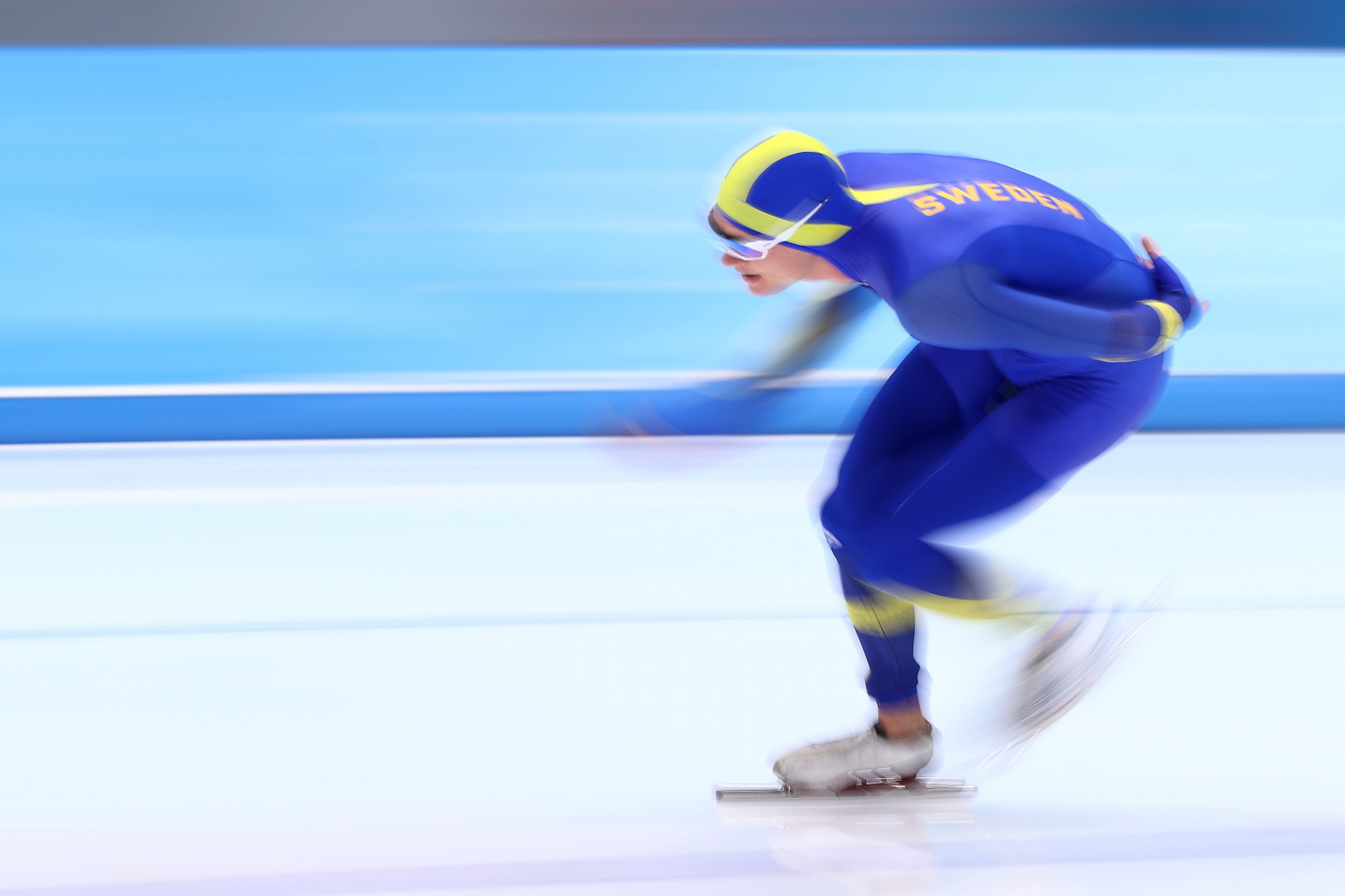 He later gave away his 10,000m gold medal to a woman whose father was jailed in China for "unsubstantiated" spying offences.

Van der Poel sought further success at the World Championships, but trailed the Netherlands’ Patrick Roest after the first day of competition at the Hamar Olympic Hall yesterday.

Roest extended his advantage by finishing second in the men’s 1,500m event today in a time of 1min 46.48sec, which was won by Olympic mass start gold medallist Bart Swings of Belgium in 1:46.03.

He stormed to victory in a track record time of 12:41.56, shaving nine seconds off the previous mark to pile the pressure on Roest.

The Dutchman, who had won the past three all-around world titles, finished 44.52 seconds off the pace in fifth place to relinquish his crown.

Van der Poel finished top of the overall standings on 148.696, becoming Sweden’s first world champion in the event since Göran Claeson in 1973.

Schouten emerged as the winner of the women’s event for the first time in her career, adding the world title to the three Olympic gold medals she earned at Beijing 2022.

The Dutch star trailed leader Miho Takagi overnight, with the Japanese skater extending her advantage by winning the 1500m event in 1:55.03.

Schouten placed fifth at 1.40 seconds down to limit her losses, prior to the 5,000m event.

The distance event was won by Czech Republic’s Martina Sáblíková in 2:51.75, with Schouten ending 0.83 behind in second.

Takagi produced a personal best 7:01.97 in the discipline to finish fourth, but the effort was not enough to add to her 2018 all-around title.

The Netherlands’ Antoinette de Jong completed the top three on 159.798.

De Jong has won bronze four times in the all-around event, with the 26-year-old having now finished third at the last three editions of the World Championships.