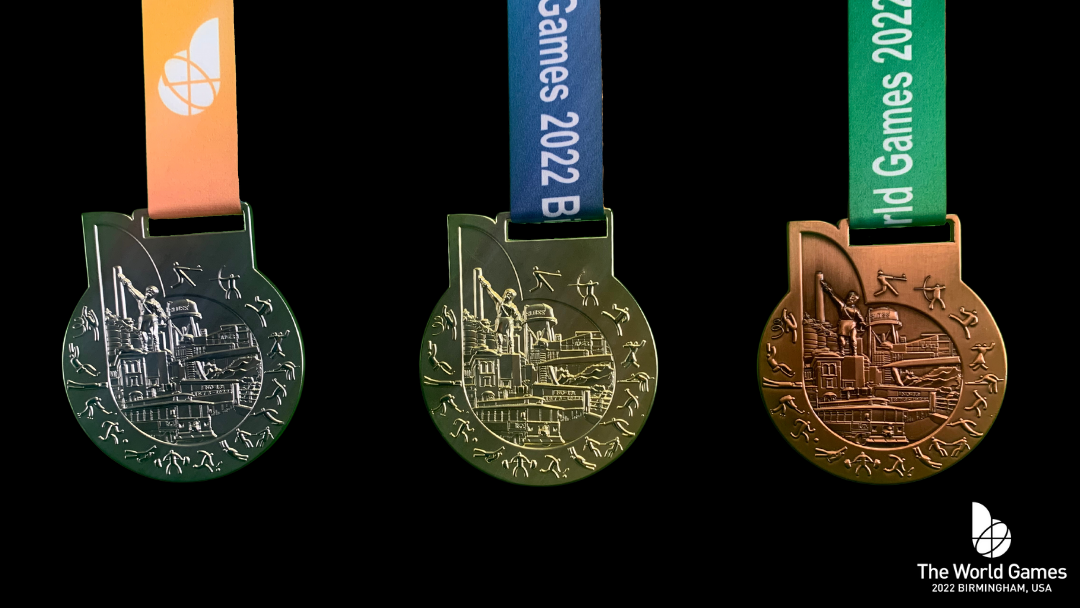 The medals for The World Games 2022 have been unveiled during a celebratory event in Birmingham, Alabama today, which featured a replica of a traditional medal presentation.

In the replica ceremony, three Olympic and Paralympic athletes with connections to the Alabama area stepped on to a podium at the Alabama Sports Hall of Fame to receive the medals from International World Games Association Honorary Life President Ron Froehlich.

Prior to the replica ceremony, the crowd in attendance watched a video montage featuring sports that are part of The World Games 2022 programme.

Proceedings took place under the theme of Step Up, with the first honorary recipient of the medals Jennifer Chandler, who won gold in the women’s three metres springboard diving at the Montreal 1976 Olympics.

Mark Everett, who competed in three Olympic Games in track and field was the second medal recipient, while Bryan Kirkland, a member of the US team that won golds in wheelchair rugby at the Sydney 2000 and Beijing 2008 Paralympics was the third medal recipient.

"Just as athletes from around the world will soon step up to seize their moment of glory, this is Birmingham’s moment to step up on the global stage," said World Games 2022 chief executive Nick Sellers.

Which one is your favourite? https://t.co/yIp8MXUQ1a

"Now that the Olympics are over, we are the world’s next, big international sports competition.

"We are honoured and proud to bring the world here for the first international multi-sport event with full venues since the pandemic.

"The world is clamouring to reconnect and we can’t wait to witness history as amazing athletes compete for these medals."

Birmingham Mayor Randall Woodfin added: "These medals will serve as an international symbol of excellence in athleticism and sportsmanship.

"As the Mayor of Birmingham, hosting The World Games in our great city is our medal of honour.

"There will be many winners during the Games and Birmingham is certainly one of them."

The World Games 2022 is scheduled to take place in Birmingham, Alabama from July 7 to 17.

More than 600 medals are set to be handed out, with an estimated 3,600 athletes expected to compete across more than 30 sports.