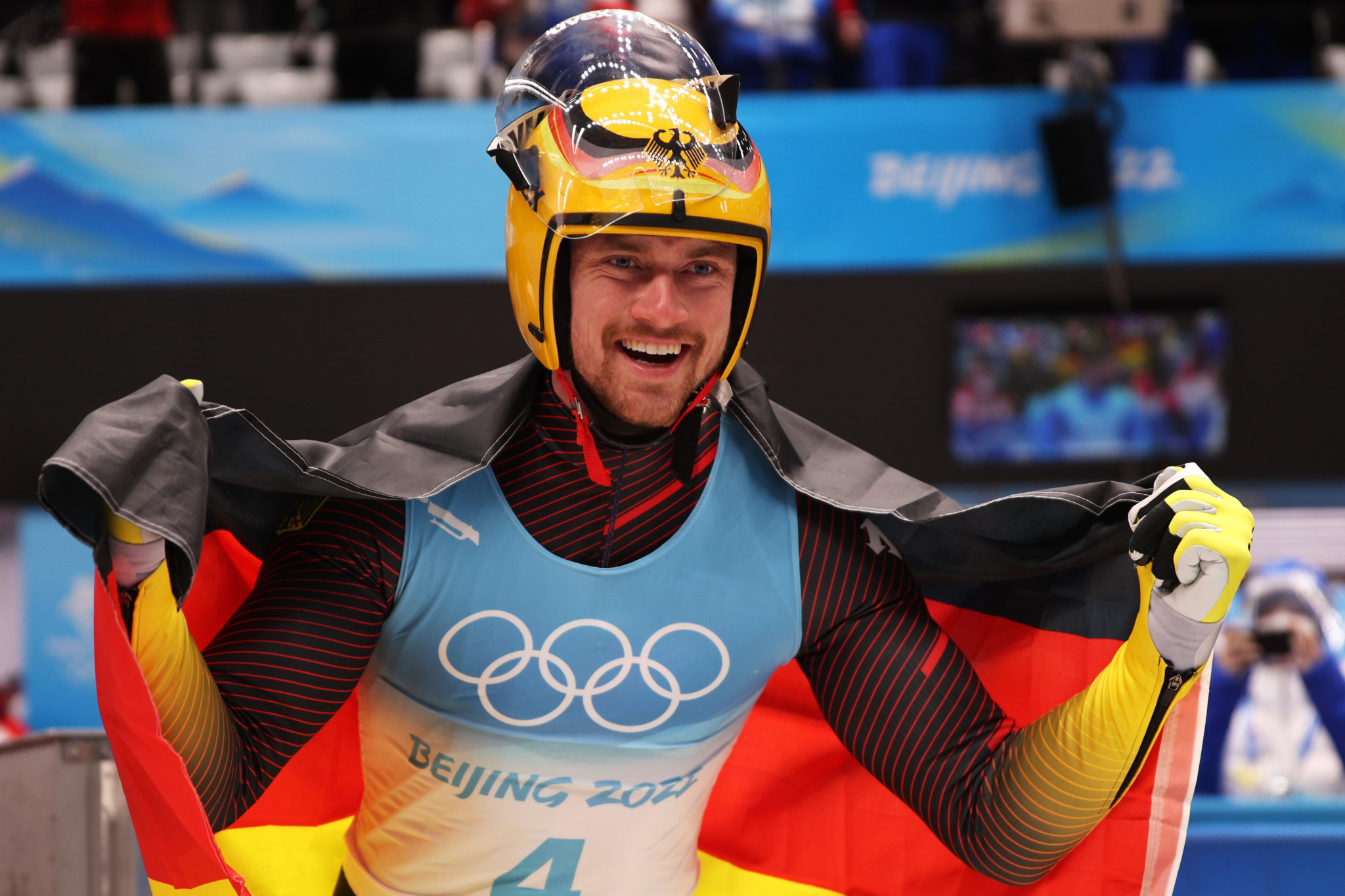 Veteran luger Johannes Ludwig has said his men’s singles gold medal at the Winter Olympics here is vindication for his decision to stick with the sport after failing to make the cut at previous Games.

The German, who turns 36 next week, has had a season to remember, winning the Luge World Cup in emphatic fashion before cruising to Olympic gold at the Yanqing National Sliding Centre.

There was no stopping Ludwig as he led from start to finish, completing the final run in 57.063sec to secure a winning time of 3:48.735.

It was Ludwig’s second Olympic medal after claiming bronze at Pyeongchang 2018 and put paid to past disappointment trying to make the Games.

"This gold medal means a lot to me," said Ludwig.

"I have a lot of years in this sport behind me and I had a lot of not-so successful years.

"I had a lot of fourth places in World Championships, I think nearly five.

"There was a lot of times only near the podium.

"It’s one thing that I always keep continuing luging, and I’m happy that I did it.

"I think this medal is a sign that I did the right thing."

Austria’s Wolfgang Kindl put pressure on Ludwig in the penultimate run when he finished with a combined time of 3:48.895, but Ludwig responded to the challenge.

"I have to say I was very relaxed before this race," said Ludwig.

"I always knew that I have very good performances here.

"When I was awake this morning I had my seven hours of sleep and that was good for me.

"I was just wondering, is it the right thing that I am so relaxed today? I was a little bit worried about it.

"It’s always the right level of my nerves.

"I said to myself it’s called the Olympic Games.

"I said I will try to see it like a game and I just want to let it go, and I think this was a key point of this success."

Kindl had to settle for silver, while Italy’s Dominik Fischnaller secured bronze in 3:48.686.

Three-time Olympic champion Felix Loch of Germany finished outside the medal places in fourth in 3:49.878.

"I am super-motivated at this point, and I’m really looking forward to Milan-Cortina 2026," said Fischnaller on the prospect of competing at a home Winter Olympics.

"We finally have a luge track there, and we are a strong, strong team."

Competition is due to continue tomorrow with two doubles training runs and two women’s singles runs.