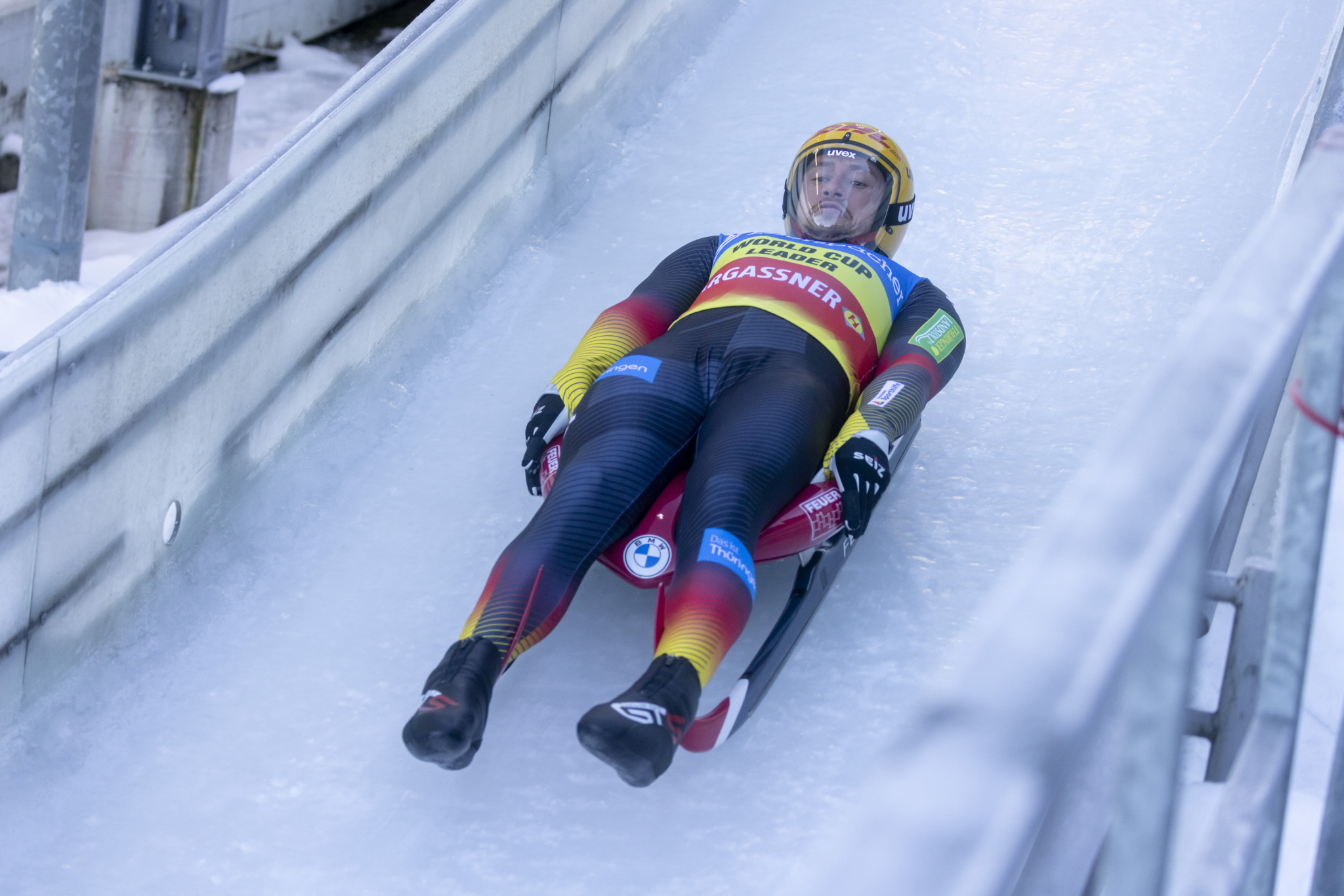 He posted an overall time of 1min 25.069sec as Germany dominated the podium.

Ludwig's compatriots Max Langenhan and Felix Loch won silver and bronze with times of 1:25.373 and 1:25.385 respectively.

"Of course, the importance of the overall World Cup is very, very high," said Ludwig.

"I never had the title in my career.

"Winning the crystal globe shows the consistency over the season.

"You can already say that I'm getting better and better the older I get."

Ludwig continued his stunning form from the off in Germany by setting a track record of 42.554 before beating it straight after in the second run in 42.515.

The victory marks Ludwig's first overall World Cup crown since he made his debut in the racing series in 2006.

Athletes head to St. Moritz in Switzerland for the final leg of the season from January 22 to 23.

The FIL European Championships will also be contested, a crown Ludwig will also be hoping to get his hands on for the first time.

Loch won the event last year in Sigulda in Latvia to claim his third title following victories in 2013 and 2016.

Toni Eggert and Sascha Benecken of Germany closed the overall season gap on Latvian brothers Andris and Juris Šics with a winning time of 1:22.651 in the doubles competition in Oberhof.

Their countrymen Tobias Wendl and Tobias Arlt finished as runners-up in 1:22.967 while Emanuel Rieder and Simon Kainzwalder rounded out the top three after recording a time of 1:23.102.

The Šics came fifth in 1:23.143 however they maintain a healthy lead overall with 773 points while Eggert and Benecken climbed to 691.