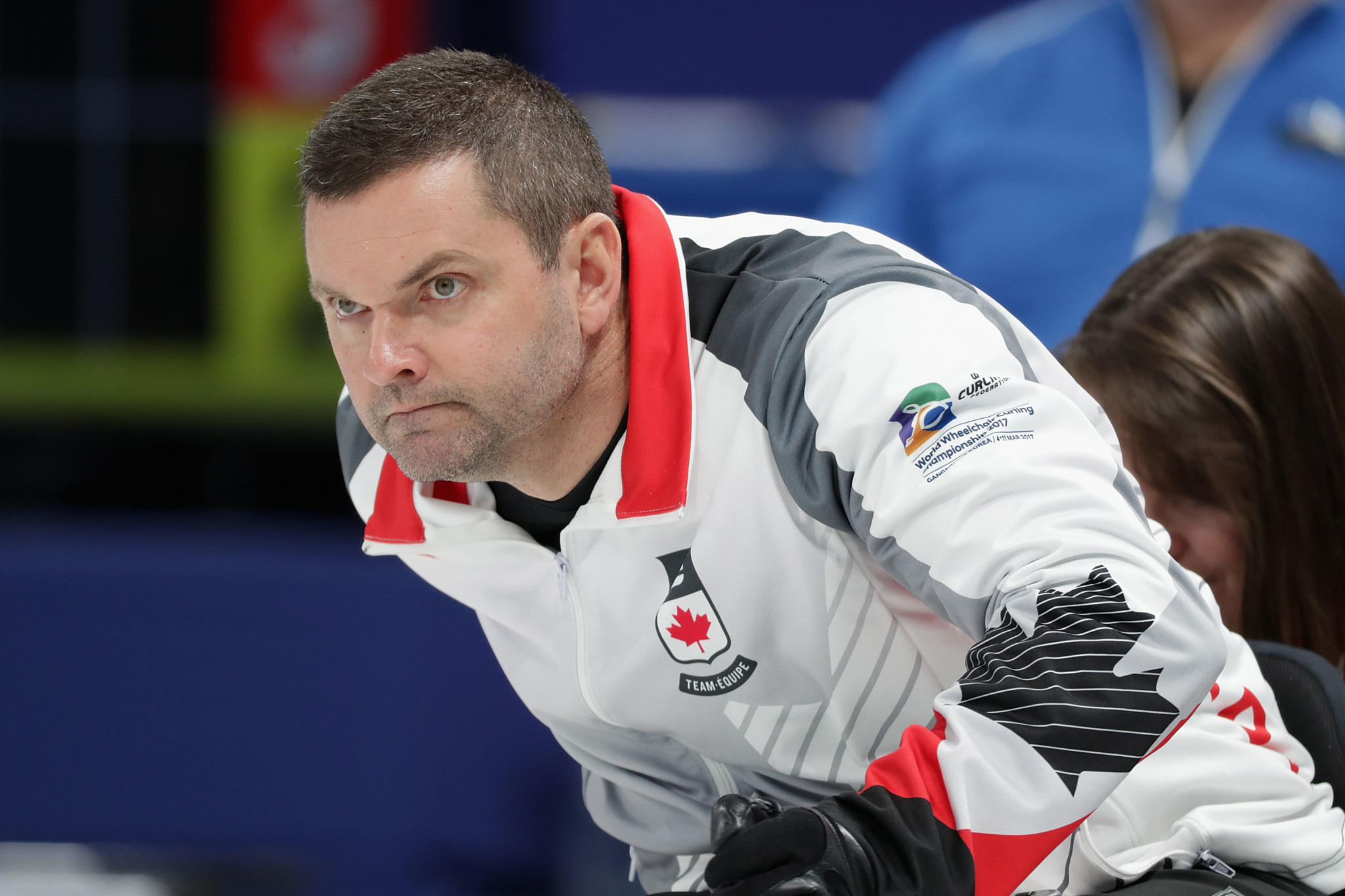 Canada's wheelchair curling team will be captained by Mark Ideson at Beijing 2022, with two other Paralympic gold medallists returning for another tilt at the title.

Mark Ideson, skippering for the second consecutive Paralympic Games, will have experienced players Ina Forrest and Dennis Thiessen by his side.

Jon Thurston and Collinda Joseph, who are set for Paralympic debuts, complete the squad.

"It's such an honour to be selected for what will be my third Paralympics," Ideson said.

"Going once was incredible but having the opportunity to wear the maple leaf again is amazing.

"That’s really what it's about, opportunity.

"Opportunity for athletes living with disabilities to represent their country in their chosen sport, and to be seen and witnessed as athletes striving for their dreams to sing their anthem atop the podium."

Thiesson, who began curling in 2005, has been an ever-present in Canada's wheelchair curling team for some years.

Thiesson has only missed two World Championships since his debut in 2013.

Forrest also has a wealth of talent and knowledge to draw upon from 18 years of competitive wheelchair curling.

Inducted to the Canadian curling Hall of Fame of 2016, Forrest was also a member of the team that won gold at Vancouver 2010.

"The Paralympics are the goal you set and strive for during the quadrennial," Forrest remarked.

"Being at the Paralympics means being part of the whole Team Canada, meeting other Canadian athletes and cheering them on.

"Every experience is different, but each is utterly amazing."

Thurston is expected to throw the final final rocks, and along with fellow Paralympic debutant Joseph has represented Canada at the last three World Championships.

Head coach Mick Lizmore, who will participate in his first Paralympics, said it is an "absolute honour" to manage the side.

"We’re going to do whatever we can to support our athletes, and I’m so excited to see what we can accomplish together," Lizmore added.

The wheelchair curling competition is scheduled between March 5 and 12.