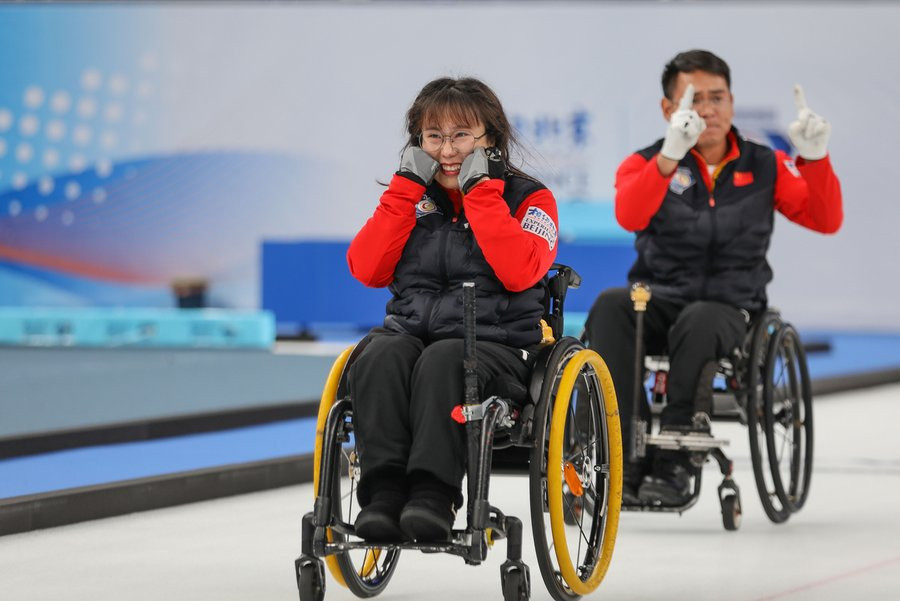 China added the world title to their Paralympic gold medal as they claimed the World Wheelchair Curling Championship title on home soil in Beijing.

The Chinese rink, skipped by Wang Haitao, beat Sweden 5-3 in the final at the National Aquatic Centre to regain the crown they last won in 2019.

Sweden - skipped by Viljo Petersson-Dahl, with third Ronny Persson, second Mats-Ola Engborg, lead Kristina Ulander and support from alternate Sabina Johansson - fought back to lead 3-2 after stealing a point in the seventh end.

But China regrouped and a composed shot from Wang levelled the match at 3-3, sending the contest to an extra end.

China stole two in the extra end thanks to a combination of Wang's shot and an error from Petersson-Dahl to secure victory in a nail-biting finale.

"I was nervous at the start of the game, but I gradually got used to the final, the atmosphere," said Yan.

"I gradually adjusted myself and I was playing better and better during the game.

"When we started the tournament, we weren’t used to the ice, the venue, but gradually, game after game, we got used to it.

The Russian Curling Federation claimed bronze with a 7-4 win over the United States.

The tournament offered the last qualification points for the wheelchair curling tournament at the 2022 Winter Paralympics in Beijing.