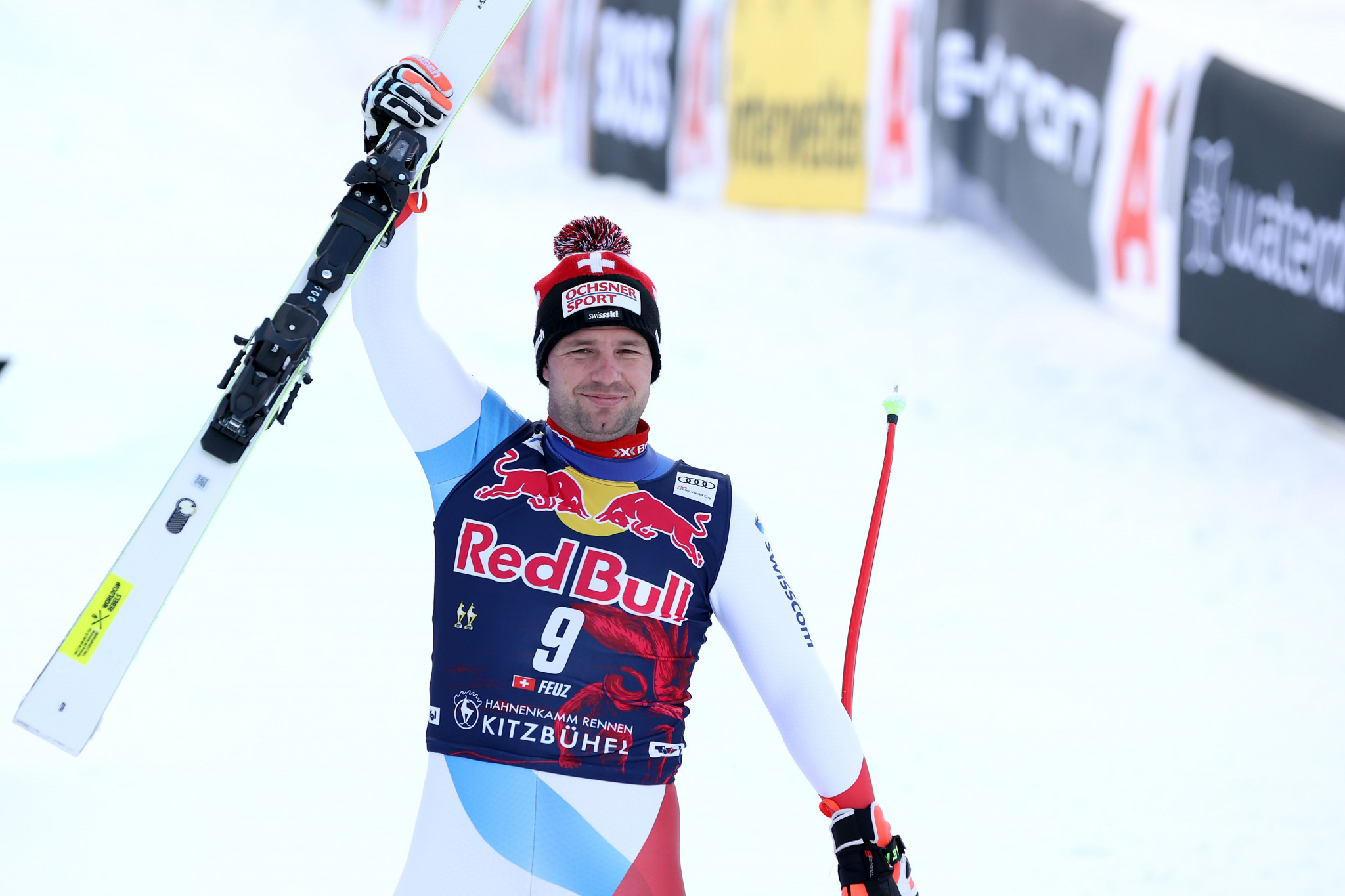 Feuz took downhill bronze at Pyeongchang 2018, and is second in this season's discipline standings after finishing in 1min 56.89sec on the Streif course.

Daniel Hemetsberger finished on a World Cup podium for the first time in his career with a time of 1:57.58, narrowly pipping fellow Austrian athlete Matthias Mayer to third place by 0.04 seconds.

France's Johan Clarey was fifth in 1:57.85, while downhill leader Aleksander Aamodt Kilde of Norway, who triumphed on the same course on Friday (January 21), had to settle for sixth after posting a time of 1:57.91.

Claiming your first downhill podium at one of the classics and in your home country is something special ?

Kilde has 445 points after eight of this season's 10 downhill World Cups, with Feuz his nearest challenger on 437.

Mayer clung on to third with 402, although Odermatt is only one point behind him.

Odermatt's overall lead stands at 375 points with his tally of 1,200, with Kilde second and Mayer third on 692.

Feuz closed the gap to the top three as he now sits on 579.

Schladming in Austria is due to host a slalom event on Tuesday (January 25) in the final World Cup on the circuit before Beijing 2022, with Alpine skiing competition set to run from February 6 to 19 at the National Alpine Skiing Centre in Yanqing.