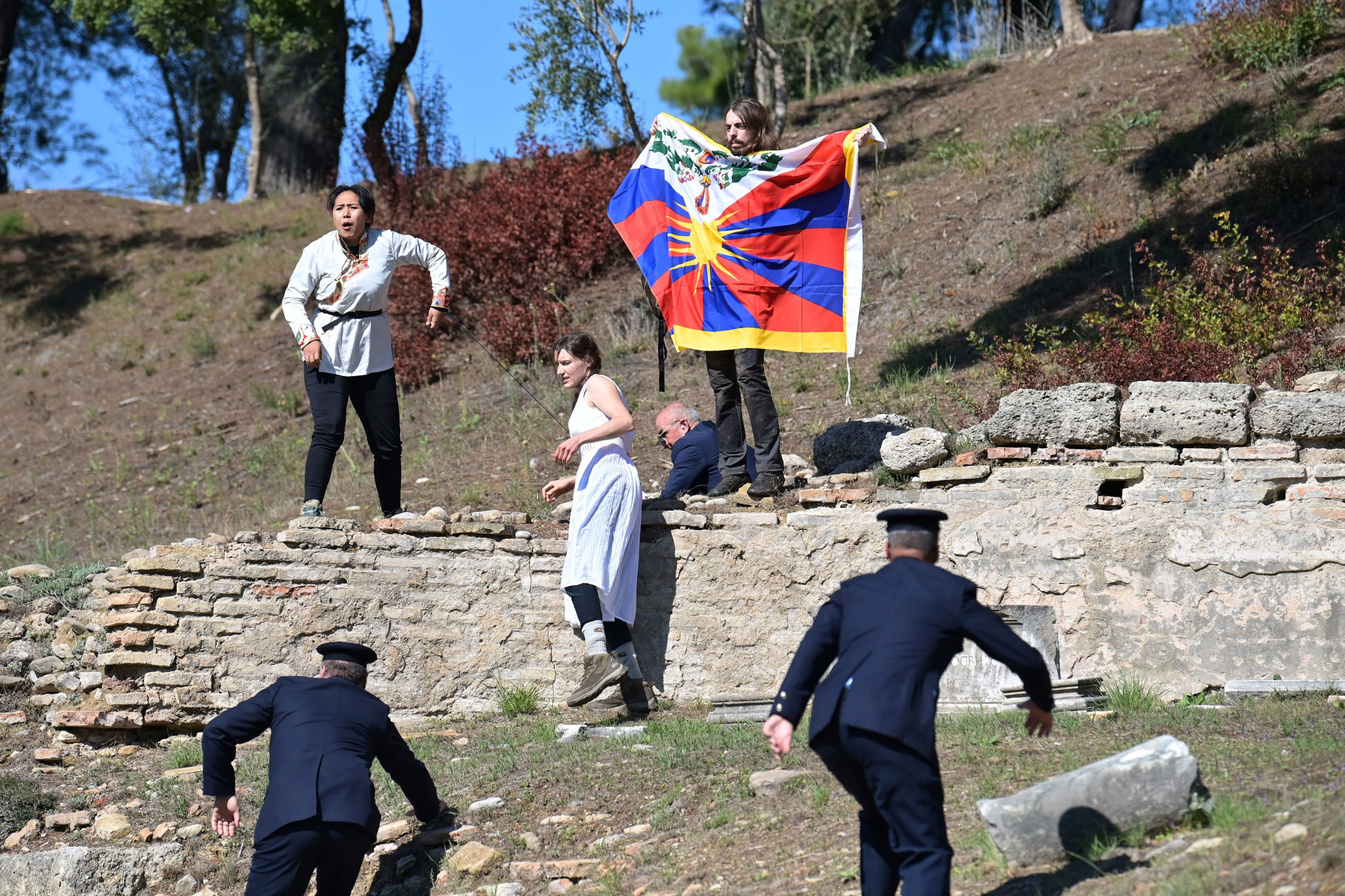 Tibetan rights groups have hit back at comments from Beijing 2022 official Yang Shu, who suggested that athletes who violate the Olympic spirit or Chinese laws could be "subject to certain punishment".

"Any expression that is in line with the Olympic spirit I’m sure will be protected and anything and any behaviour or speeches that is against the Olympic spirit, especially against Chinese laws and regulations, are also subject to certain punishment," Yang said, as reported by Reuters.

Yang claimed that failure to comply could result in athletes' accreditation being cancelled in line with the playbooks for the Winter Olympics and Paralympics, according to the Reuters report, although these documents primarily concern COVID-19 countermeasures in place at the Games.

The No Beijing 2022 coalition group has updated its guidance for athletes attending the Games in light of Yang's comments, while Students for a Free Tibet campaigns director Pema Doma argued that they did little to alleviate concerns over athlete safety at Beijing 2022.

"Listening to Yang Shu’s direct threat to athletes it is obvious that the IOC [International Olympic Committee] can no longer claim that Beijing 2022 is a safe space for athletes to express their opinions about human rights," she said.

"The reality is that if I were an athlete competing, as a Tibetan-American, I would be expected to conceal my Tibetan-ness, forced to remove my pendant of the Dalai Lama, and banned from asking for the release of thousands of Tibetan political prisoners."

Tibet Initiative Deutschland executive director Tenzyn Zöchbauer concurred, and called on the IOC to take decisive action to ensure the protection of athletes who choose to speak out on human rights concerns.

"The question is how is the International Olympic Committee going to respond to fulfilling its responsibility?" Zöchbauer commented.

"Time and time again we’ve heard them promise that athletes will be safe and free to express their support for human rights.

"But after these clear threats to the safety of individuals who support Tibetan or Uyghur rights, what will they do to ensure they do not become a target for the Chinese authorities?

"This situation is untenable and it is clear that the Olympic Charter and the protection of the athletes are not guaranteed.

"We call on the IOC to end their 'silent diplomacy' and to take immediate action to ensure all freedom and rights are upheld."

In a statement given to Reuters, the IOC insisted that it "recognises and upholds human rights  as enshrined in both the fundamental principles of the Olympic Charter and in its Code of Ethics".

According to Rule 50 of the Olympic Charter, "no kind of demonstration or political, religious or racial propaganda is permitted in any Olympic sites, venues or other areas".

However, this was eased prior to Tokyo 2020 last year, with athletes able to make gestures including taking the knee on the field of play, provided this was done without disruption and with respect for fellow competitors.

China has governed Tibet since 1950, when it sent troops to the region and seized power, but campaign groups have called for independence and more rights for Tibetans ever since.

They also say the Tibet Autonomous Region does not include much of what is viewed as historic Tibet, and dispute that that designation gives people living there additional freedoms or influence.

Many Tibetans view the exiled spiritual figure the Dalai Lama as their leader, and China has been accused of suppressing Tibetan religious belief and culture, including by using methods of torture and crushing dissent.

Beijing claims it has overseen major development in the region, and has consistently denied accusations of abusing human rights.

China's record in Hong Kong and on its treatment of other minorities including Uyghur Muslims in Xinjiang has also come under scrutiny, with concerns expressed over the welfare of tennis player Peng Shuai.

The United States is among the Western nations who have said they will engage in a diplomatic boycott of Beijing 2022.

The IOC has insisted that the Olympics should be free from politics, while China's Foreign Ministry has criticised actions which it claims "politicise sport".

The Beijing 2022 Winter Olympics are due to be held from February 4 to 20, followed by the Winter Paralympics from March 4 to 13.