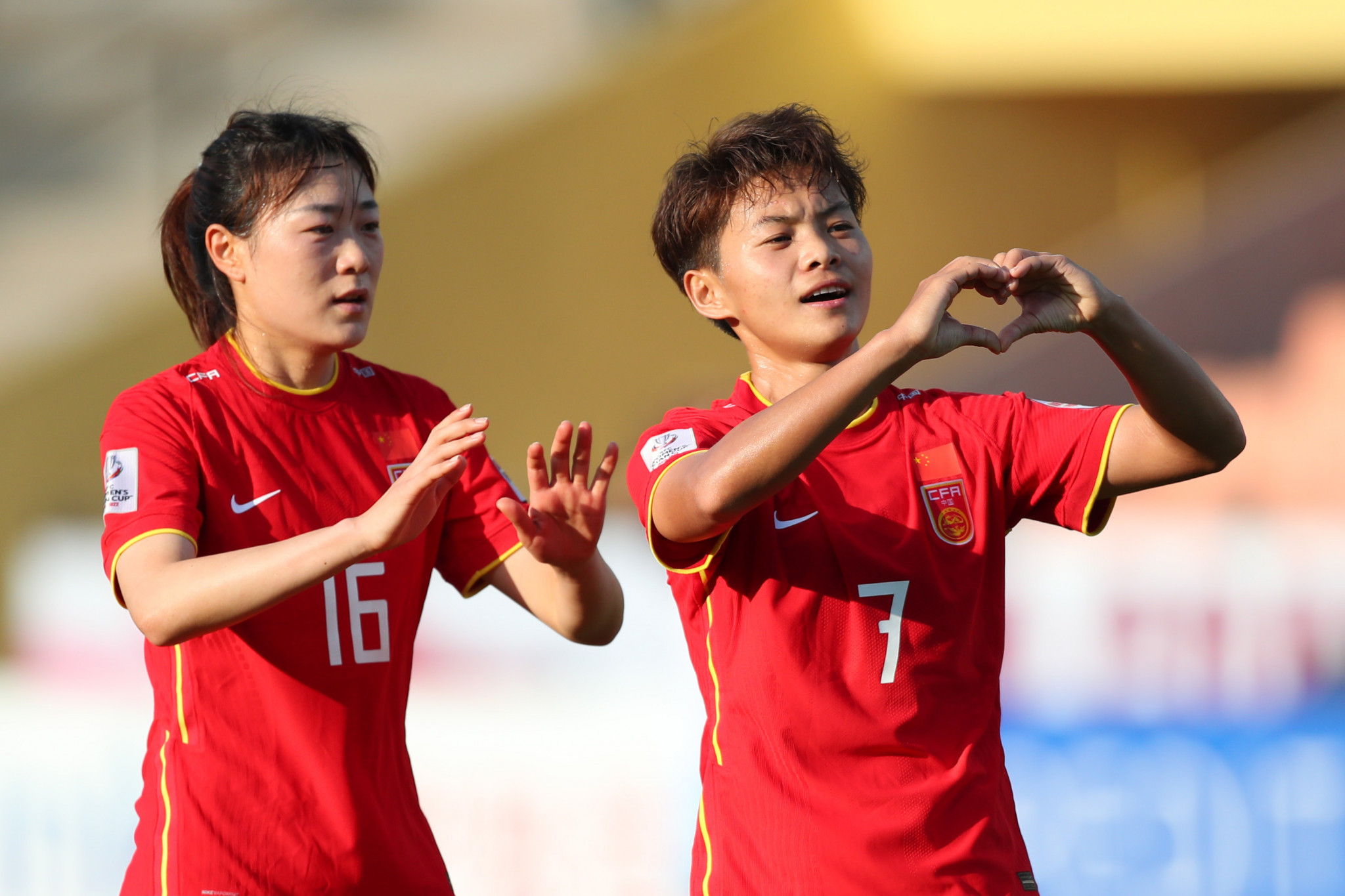 It took just three minutes of action at the Mumbai Football Arena for China to notch the first goal of the tournament, with Wang Shuang converting a penalty after Zhang Linyan was fouled by Pan Yen-Hsin.

Wang Shanshan put China in control six minutes later with a header that found the net via a post.

The team who finished third at the last two editions of the Women's Asian Cup boasted 78 per cent possession in the first half, but it took until the 54th minute for Zhang Xin to add to their lead, with Wang Shuang completing the scoring in the 68th minute.

In the day's other match in Group A at the D.Y. Patil Stadium in Navi Mumbai, India were held by Women's Asian Cup debutants Iran.

India's preparations were hampered by two players testing positive for COVID-19 on the eve of the tournament.

They had the better chances, but were unable to find the breakthrough, with Iranian goalkeeper Zohreh Koudaei making a remarkable save 13 minutes from time to deny Dangmei Grace.

The Women's Asian Cup is set to continue tomorrow, with back-to-back champions Japan taking on Myanmar at the Shiv Chhatrapati Sports Complex in Pune in Group C.

Australia, winners in 2010 and runners-up in 2014 and 2018, are due to start their Group B campaign against Indonesia in Mumbai, followed by Thailand against the Philippines in Navi Mumbai.

The final match of the day features South Korea against Vietnam in Pune in Group C.