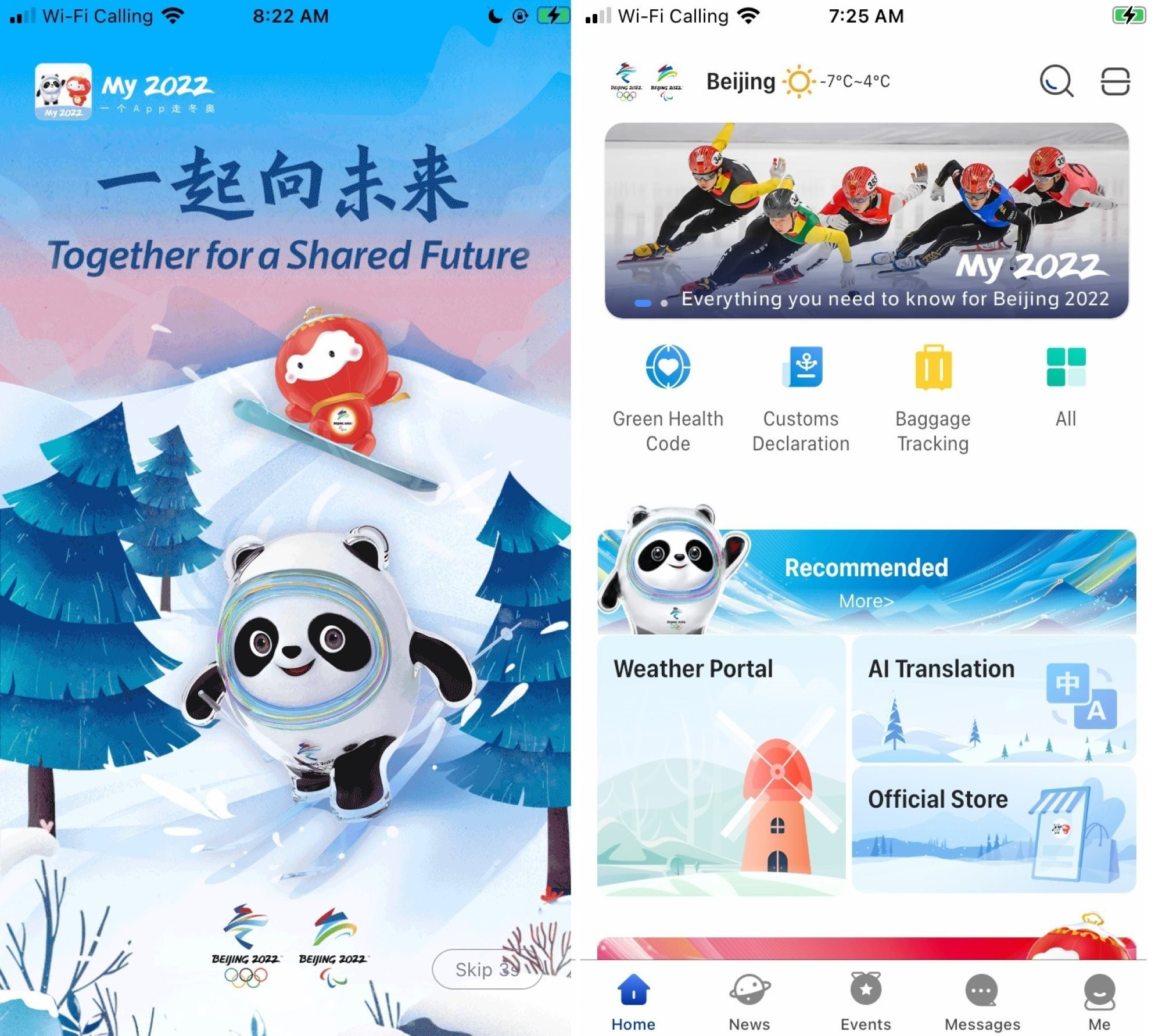 The International Olympic Committee (IOC) has been branded "irresponsible" for requiring participants to use an application devised to monitor the health of attendees at the 2022 Winter Olympics in Beijing "with such glaring security vulnerabilities".

Athleten Deutschland has hit out at the IOC after a report by a watchdog group raised serious cybersecurity concerns with the "My2022" smartphone app.

Research carried out by the Citizen Lab, an interdisciplinary laboratory based at the Munk School of Global Affairs at the University of Toronto in Canada, found that My2022 has a "simple but devastating flaw" that would make users’ sensitive information at risk of being hacked.

Athletes, officials and other attendees of the Games are asked to start using the app 14 days before flying to the Chinese capital as part of Beijing 2022’s COVID-19 countermeasures.

Once downloaded on their smartphones, users are required to submit health and travel information including COVID-19 test results and vaccination certificate.

The multi-functional app also allows attendees to transfer files, find out the latest news and weather from Beijing and offers video and audio chat tools.

However, Citizen Lab examined the app and found that a "simple but devastating flaw" allows the encryption protecting users’ voice audio and file transfers to be "trivially sidestepped".

The report raises concerns that the sensitive data could be read by any "passive eavesdropped" and claims server responses can be "spoofed" to allow a hacker to provide fake instructions to users.

Jeffrey Knockel, author of Citizen Lab, claimed the "worst-case scenario is that someone is intercepting all the traffic and recording all the passport details, all the medical details".

The IOC insisted there are "no critical vulnerabilities" with the app, insisting it had conducted "independent third-party assessments".

But Athleten Deutschland has criticised the IOC amid fears over surveillance by Chinese authorities.

"For a long time, there have been concerns that athletes and others could be spied on and subjected to surveillance," the statement from Athleten Deutschland read.

"The revelations about the glaring IT security vulnerabilities of the My2022 app confirm our long-held fears.

"We should not be naïve and lightly dismiss scenarios that are unimaginable to us.

"Instead, the organisers and the IOC should be prepared for all conceivable scenarios - be it possible manipulation of Corona tests, surveillance and espionage, or reprisals against vocal athletes."

Athleten Deutschland urged athletes to "protect themselves" by not taking personal devices, including mobile phones and laptops, to Beijing.

"It is inexplicable and irresponsible of the IOC to require participants to use an app with such glaring security vulnerabilities," the statement added.

A list of 2,442 keywords was discovered, including words in the Uygur and Tibetan languages while others related to topics like Xingjiang and Tiananmen Square.

The Citizen Lab found that the list was currently inactive but built into the app.

The IOC revealed that it had requested to see the report of Citizen Labs to "understand their concerns better" but defended the app, insisting "special measures needed to be put in place to protect the participants" at Beijing 2022.

"The My2022 application is an important tool in the tool box of the COVID-19 countermeasures," a statement from the IOC read.

"The My2022 app supports the function for health monitoring.

"It is designed to keep Games-related personnel safe within the closed loop environment."

The IOC insisted the user is in control over what the My2022 app can access on their device and stressed that it had received the approval of the Google Play store and the App Store.

It also added that it was "not compulsory" to install the app onto mobile phones as the health monitoring system can be accessed on the web page instead.

"The IOC has conducted independent third-party assessments on the application from two cyber-security testing organizations," a statement the IOC read.

"These reports confirmed that there are no critical vulnerabilities."

NOCs in the United States, Germany, Britain, Canada and The Netherlands have also advised athletes not to take personal devises including phones and laptops prior to leaving for the Winter Olympics.

China allegedly operates a mass surveillance programme, where its citizens are constantly monitored by the Government.

The Chinese Government has long been accused of carrying out covert monitoring of non-Chinese residents when they enter the country.