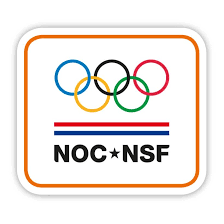 Dutch athletes who are due to compete at the 2022 Winter Olympic Games in Beijing have been told to leave their personal mobile phones and laptops at home because of spying fears in China.

The Dutch Olympic Committee*Dutch Sports Federation (NOC*NSF) has issued the urgent advice to its Olympic team, warning China may carry out surveillance on electronic devices during the Games.

According to Dutch newspaper de Volkskrant, the NOC*NSF will give athletes and support staff phones and laptops, which will then be destroyed when they return home from the Chinese capital.

The NOC*NSF hopes the move will prevent possible interference by Chinese state agents at the event.

China operates a mass surveillance programme, where its citizens are constantly monitored by the Government.

The Chinese Government has long been accused of carrying out covert monitoring of non-Chinese residents when they enter the country.

NOC*NSF spokesperson Geert Slot declined to discuss specific cases but told Reuters cybersecurity was part of the risk assessment made for the trip to China.

"The importance of cybersecurity of course has grown over the years," Slot said.

"But China has completely closed off its internet, which makes it a specific case."

Around 30 Dutch athletes are expected to represent the country at Beijing 2022.