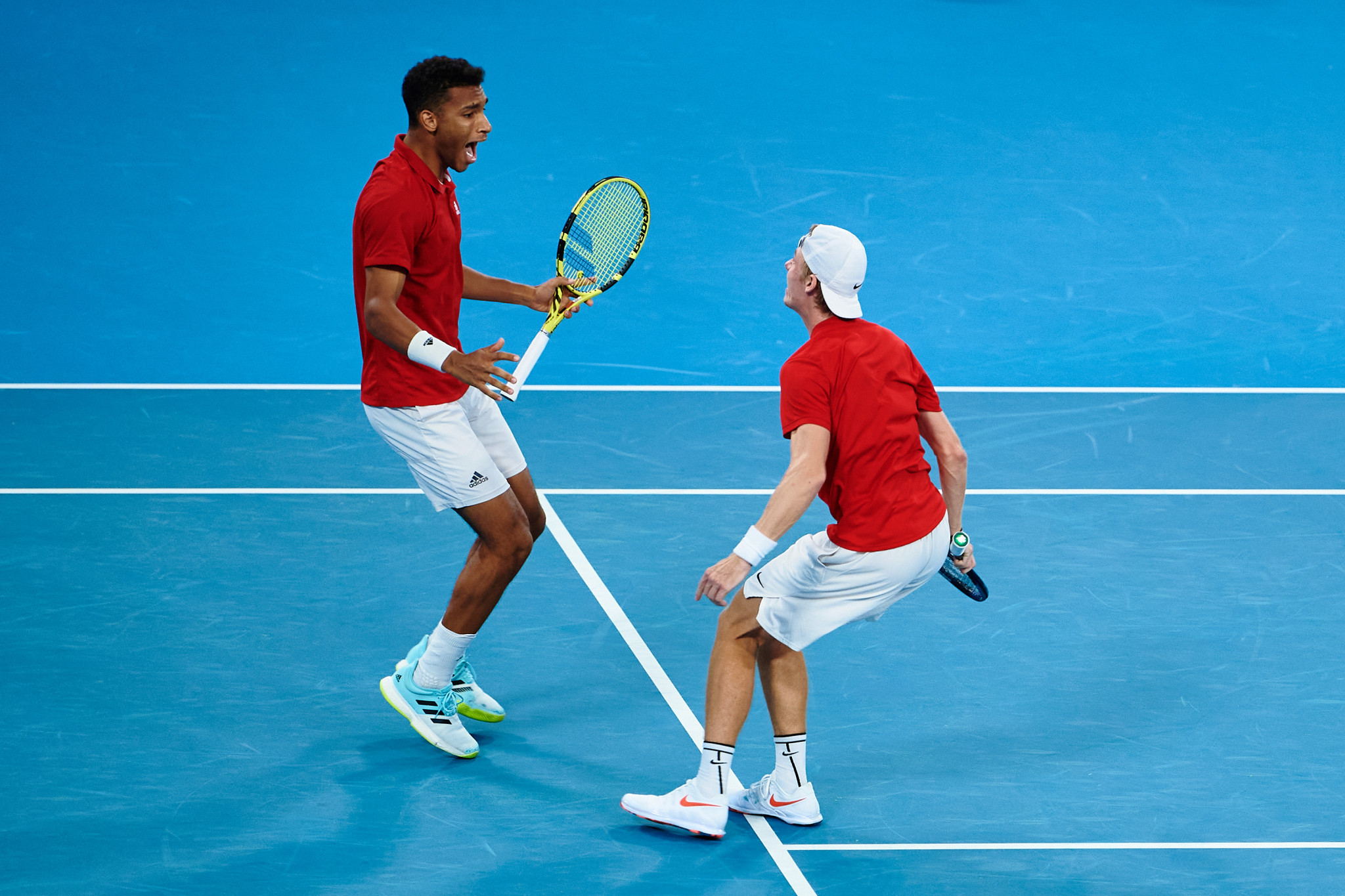 The two teams had won a singles match apiece in their semi-final at the Ken Rosewall Arena, with world number 14 Shapovalov clinching a three-set victory against Roman Safiullin 6-4, 5-7, 6-4.

World number two and US Open champion Daniil Medvedev hit back with an impressive 6-4, 6-0 win against Auger-Aliassime, ranked 11th in the world, to level the tie.

Medvedev had also beaten the Canadian player in straight sets in the semi-finals en route to his triumph at Flushing Meadows.

In the deciding doubles match, Medvedev and Safiullin struck the first blow as they found an early break and took the first set 6-4.

However, Auger-Aliassime and Shapovalov responded with a 7-5 victory in the second, forcing a tiebreak.

The Canadian pair stormed into a 9-5 lead, and converted their third match point when Shapovalov struck a short backhand volley to win 10-7.

Canada lost their first four matches at the ATP Cup, with Shapovalov missing his opening singles match after a positive COVID-19 test, but they recovered to progress through Group C and will now contest tomorrow's final against Spain.

"I had a little bit of a slow start, had trouble returning, but we did a good job to fight.

"Felix played unbelievable in the game to break and then in the tiebreak as well, just making them play so much.

"We have great team chemistry, team spirit, so it helped us a lot."

The ATP Cup is serving as a warm-up for the Australian Open, which is set to begin in Melbourne on January 17.