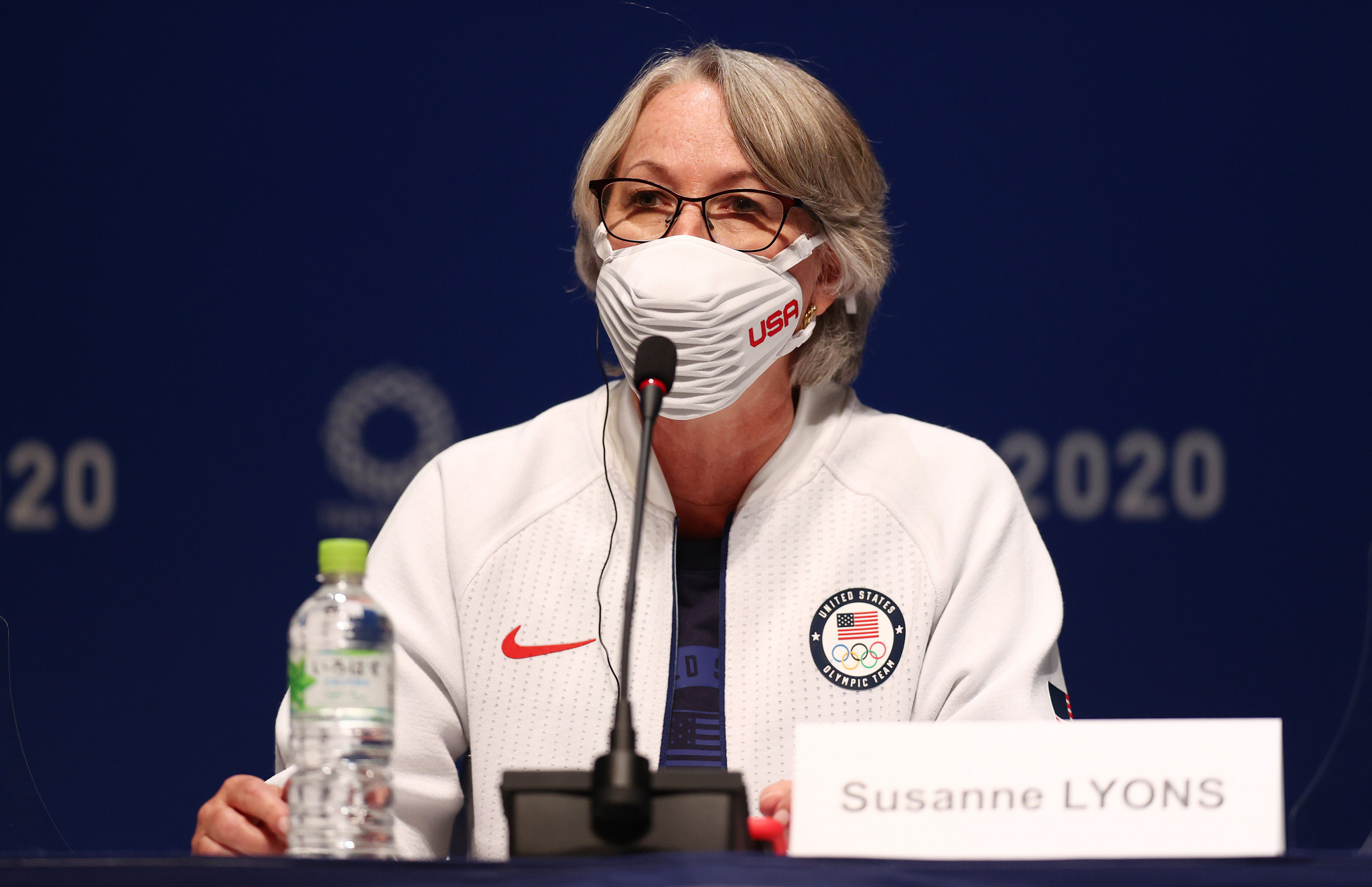 Republican lawmakers last month said the diplomatic boycott of Beijing 2022 from the US in response to human rights abuses and alleged genocide by China does not go far enough.

Senators Marsha Blackburn of Tennessee and Tom Cotton of Arkansas urged the country not to send any athletes to the Games.

In a letter obtained by Fox News, Lyons rejected those calls and highlighted how previous boycotts have had little impact.

"An athlete boycott of the Olympic and Paralympic Games is not the solution to human rights or geopolitical issues," Lyons wrote.

"The USOPC is opposed to athlete boycotts because they have been shown to negatively impact athletes while not effectively addressing global issues."

The US led a boycott of the 1980 Olympics in Moscow to protest the Soviet Union's invasion of Afghanistan.

Just 65 countries attended the Games in the Russian capital - the largest Olympic boycott to date - but Lyons said the move had "no diplomatic benefit".

"As a result, 461 American athletes - the balance of them teenagers and college students representing almost every US state - qualified to compete in Moscow only to have the opportunity taken from them," Lyons wrote.

"Many never had the chance to compete at the Olympic Games again.

"To make matters worse, their sacrifice had arguably no diplomatic benefit: The Soviet Union stayed in Afghanistan for another decade."

The US is among the countries to have confirmed it will not send Government representatives to Beijing 2022 in protest at the human rights abuses in China.

China's actions in Tibet and Hong Kong have also come under scrutiny.

The International Olympic Committee has claimed the Olympics should be free from politics amid the diplomatic boycotts.

The Beijing 2022 Winter Olympics are due to run from February 4 to 20, before the Winter Paralympics take place between March 4 and 13.