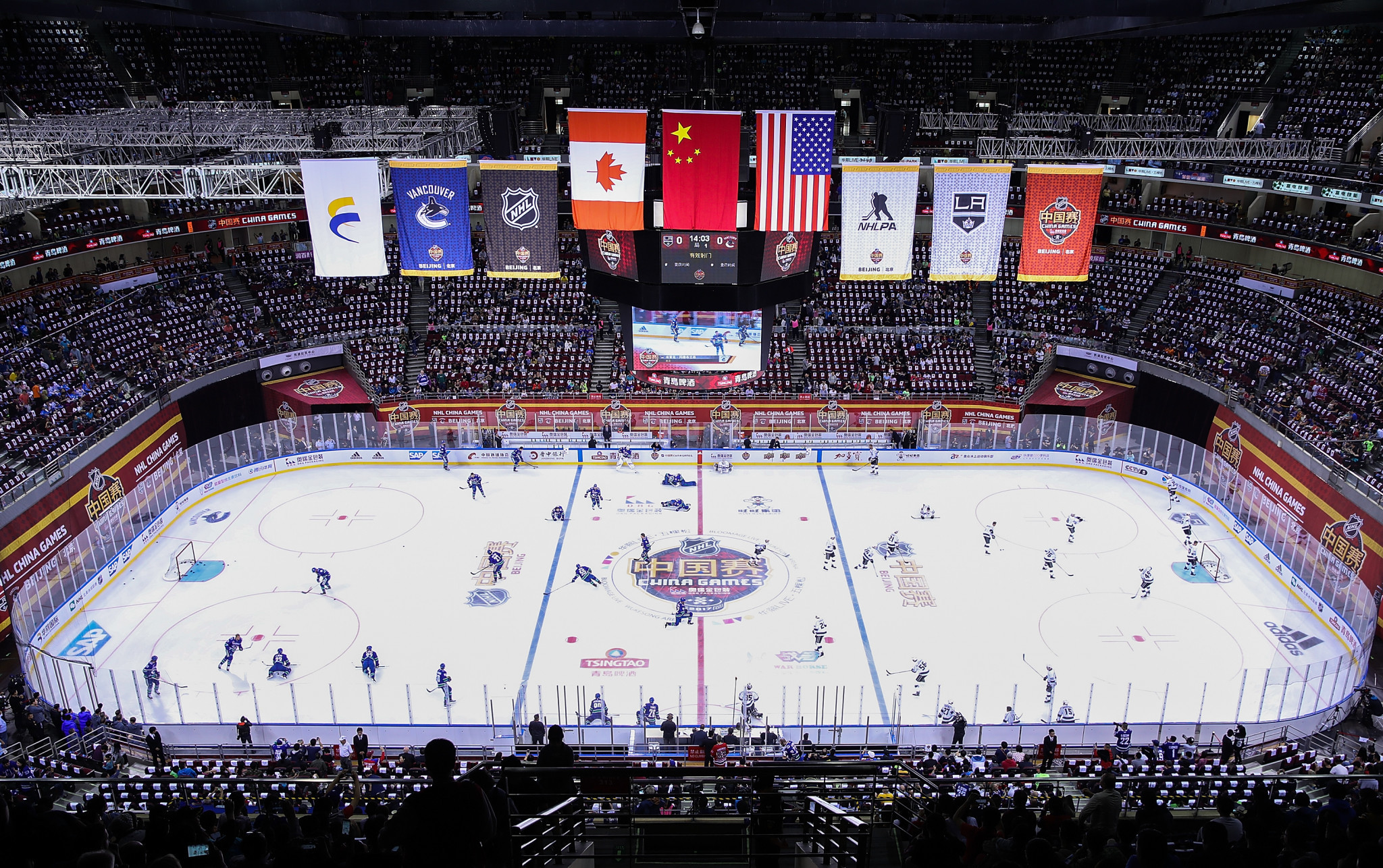 Organisers of the Beijing 2022 Winter Olympics have revealed their regret after National Hockey League (NHL) players were not given permission to compete at next year's Games.

After a lengthy negotiation process, the NHL decided that it would not allow its players to go to China because of disruption to the league schedule caused by COVID-19.

In September, the organisation had agreed to let the players go to Beijing after making a deal with the NHL Players' Association.

However, a surge in cases since the Omicron variant began to spread has seen the postponement of 50 regular-season games.

NHL commissioner Gary Bettman said it had made participation in the Games "no longer feasible."

"We express regret that they cannot take part in the Games because of COVID," said Beijing Organising Committee for the Olympic Games official Huang Chun.

"We firmly believe these COVID-prevention measures can reduce the risk of infection spreading, and can ensure the health of the athletes and other games personnel while ensuring the games go on and that the Chinese people are safe."

The NHL has subsequently halted play by moving its winter break forward in an effort to slow the outbreak and will use the Olympic period to reschedule its postponed fixtures.

NHL announces that there will not be an Olympic break, NHL Players will not be able to participate in 2022 Winter Olympics in Beijing.

"It was a shock to see how COVID-19 affected the NHL schedule almost overnight, and we understand the NHL's decision is in the best interest of the health and safety of its players," said Luc Tardif, President of the International Ice Hockey Federation.

The International Olympic Committee (IOC) expressed disappointment for the athletes.

"The IOC regrets that the NHL’s schedule has been so heavily impacted by the COVID-19 pandemic that they will no longer be able to release their players to attend the Olympic Winter Games Beijing 2022," a statement read.

"We know that the players were desperately keen to participate in the Beijing Games, having missed out on PyeongChang 2018, as they were the driving force behind the participation agreement that was reached in September between the league and the NHL Players’ Association.

"We are naturally disappointed for them that they will miss another opportunity to become Olympians."

The ice hockey competitions at Beijing 2022 are set to run from February 4 to 20 at the Beijing National Indoor Stadium and Wukesong Arena.