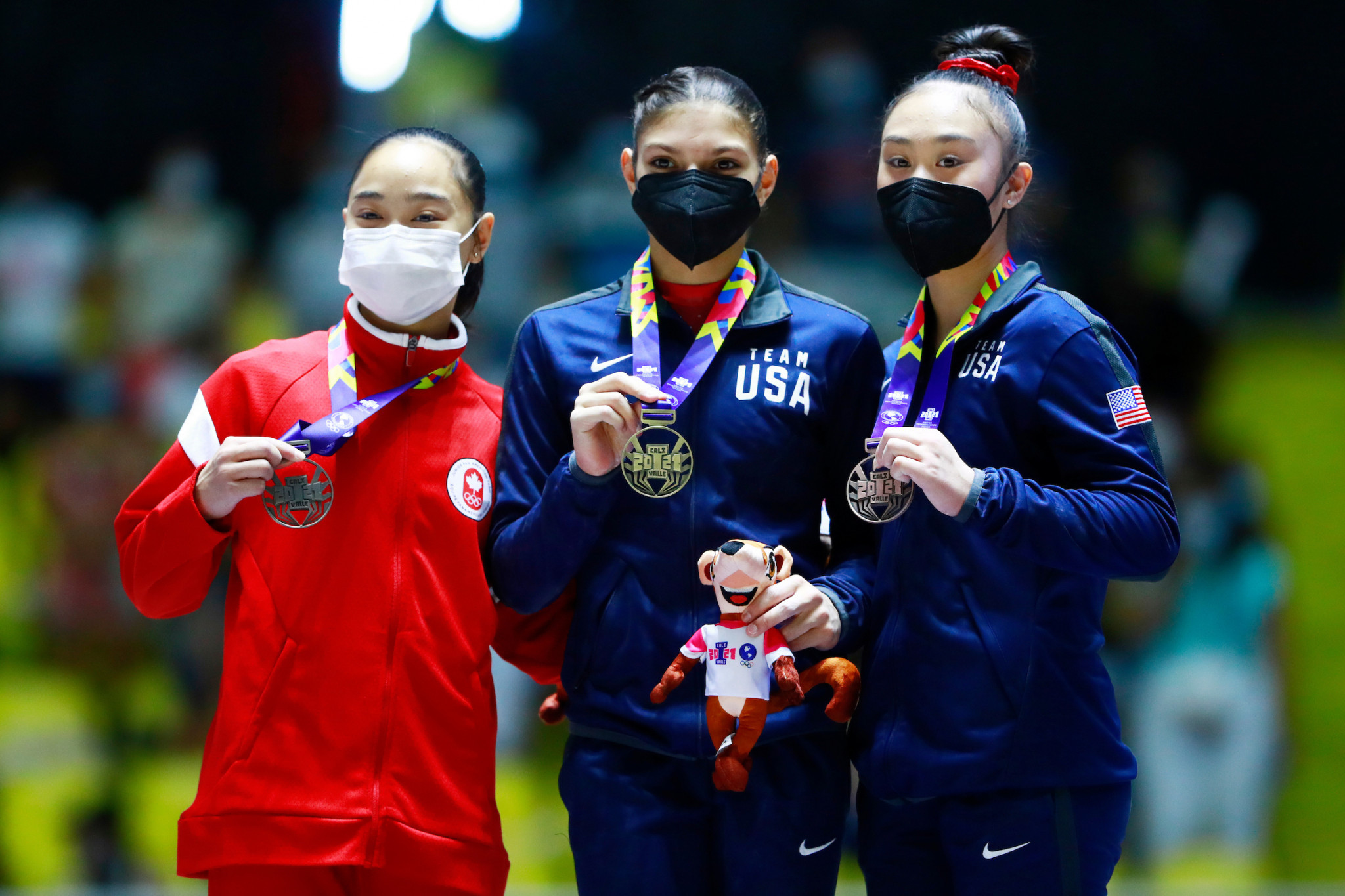 The United States produced awe-inspiring performances in the penultimate day of artistic gymnastics events at the Cali 2021 Junior Pan American Games here in Cali but were unable to continue their undefeated run.

Tiana Sumanasekera and Katelyn Jong got the Americans off to a formidable start in the women's vault with a one-two finish at the Coliseo El Pueblo, which was built for the 1971 Pan American Games in the city.

Sumanasekera scored 13.950 to pip her compatriot Jong, with 13.933, to the title by a whisker as the two were neck-and-neck for the entire competition.

Brazil's Andreza De Lima bagged the bronze medal with a score of 13.083.

David Shamah then continued the country's rich vein of form to post a score of 12.666 in the men's pommel horse.

Similarly to Sumanasekera he won by a narrow margin as Edward Alarcon Luque of Peru was breathing down his neck on 12.600.

Gustavo Pereira of Brazil rounded out the top three after securing 12.500 points.

Tobias Liang then secured the hat-trick for his country on the day with 13.366 points in the men's floor exercise while Chile's Luciano Letelier Zuñiga and Ariel Villalobos Mendoza of Costa Rica propped him up in second and third with 13.166 and 13.133, respectively.

Jabiel De Jesús Polanco Acosta then received rapturous applause as he ended the American dominance in the men's rings.

The Dominican Republic gymnast scored 13.133 to take his country's first artistic gymnastics medal of the tournament.

Alarcon Luque was forced to settle for silver once more as he could only manage 12.9 points while Villalobos Mendoza also reached the podium again, this time on 12.833 points.

Until the men's rings event, athletes from the US had taken gold in all eight previous disciplines in Cali.

The action continues tomorrow with the finals of the men's parallel bars, horizontal bar, vault and the women's balance beam and floor.