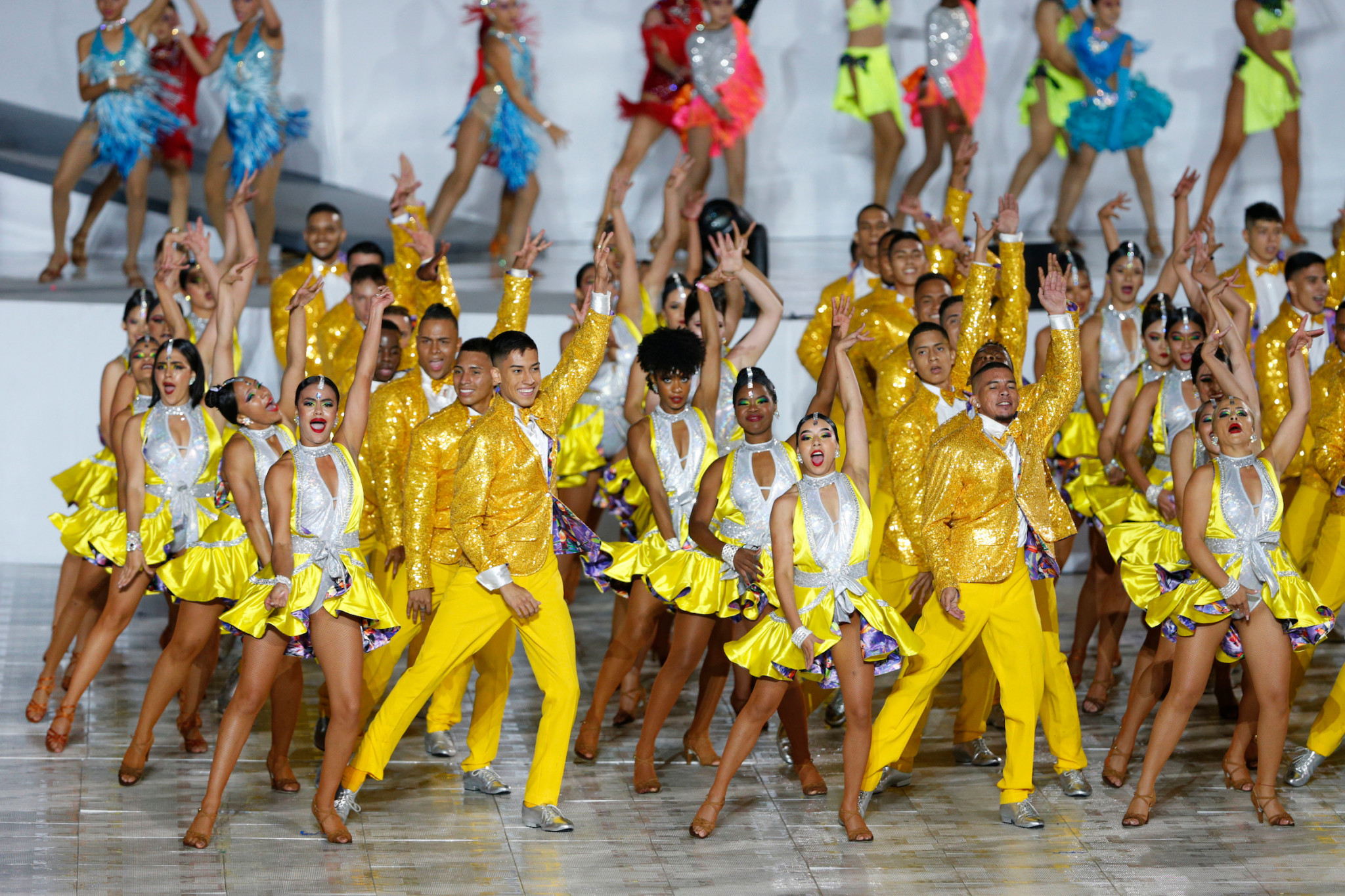 Salsa took centre stage at the Junior Pan American Games Opening Ceremony in a display characterised by captivating dance numbers and pulsating music to officially mark the beginning of the inaugural event here.

The streets of the Colombian city were bustling with excitement on a humid evening as fans surrounded the Pascual Guerrero Olympic Stadium vying to enter.

As spectators filed in, the arena fell dark before bursting into life with an explosion of light and sound.

Dancers in traditional wear performed a routine celebrating the history of Afro-Colombians and indigenous people causing the crowd to erupt.

The dancers were accompanied by an orchestra of percussionists playing a range of instruments from xylophones to drums.

Following the opening act, the crowd settled down as the parade of nations began with Argentina leading the way.

Midway through the parade, rain started to pour down in what was a relief to many struggling with the heat.

Colombia came out last, ending the parade to a raucous reception.

Neven Ilic, the President of Panam Sports, addressed the crowd from the main stage thanking the Colombian Olympic Committee, the Cali 2021 Organising Committee and the Games' volunteers for making the event possible before a fireworks display led into another dance.

Hundreds of children then ran into the arena to join them in a synchronised performance.

The arts then reached their finale as swathes of salsa dancers dressed in the yellow, blue and red colours of the Colombian flag made their way into the centre.

The flags of the 41 Panam Sports nations and territories were incorporated among the dancers, with the bearers also moving to the beat.

A total of approximately 460 young people and adults and 200 children from salsa schools in Cali took part in the Ceremony.

Afterwards, the Junior Pan American Flame was carried around the track before being handed to Colombian athletes Juan Morales and Valeria Cabezas who lit the Cauldron.

Musicians Fanny Lu and Andy Caicedo closed out the Opening Ceremony with performances of their own.

Near to the end of the event, a group of activists unfurled a banner with the words "Policia Asesina", translating to killer police, before being suppressed by security.

The demonstration comes in the wake of the 2021 Colombian protests which saw riots break out across the country, especially in Cali, in response to President Iván Duque Márquez's proposals to lower the tax threshold.

The Colombian Federation of Education Workers reported 1,089 instances of alleged police violence including 27 deaths and six acts of sexual violence.

One such act caused a 17-year-old girl to commit suicide after she was allegedly abused by four members of ESMAD, the Mobile Anti-Disturbances Squadron.