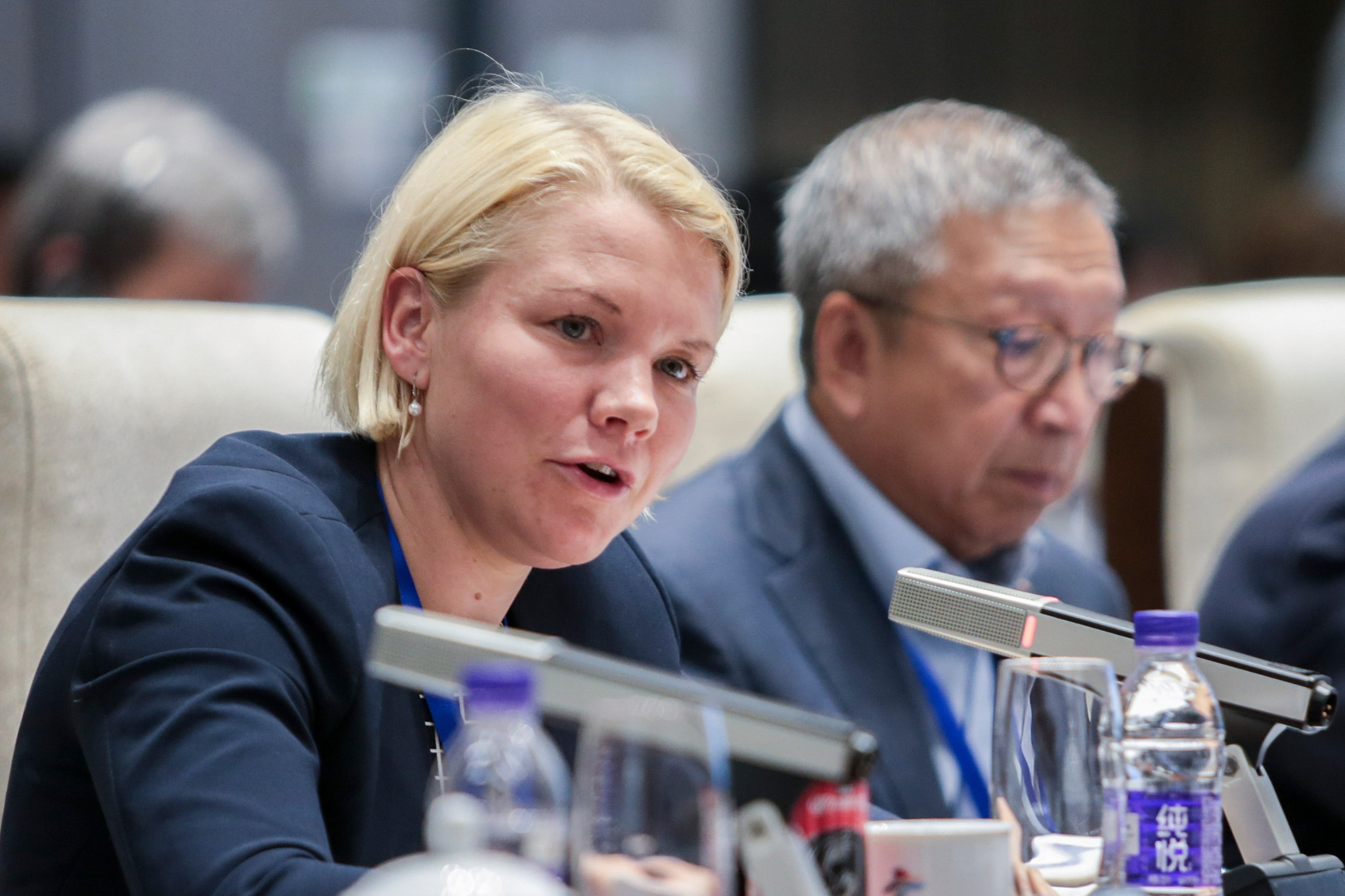 Emma Terho, the chair of the International Olympic Committee (IOC) Athletes' Commission, argued "athletes with a voice are needed more than ever" at the United Through Sports (UTS) World Virtual Youth Festival.

This was the fifth day of the event, which features a series of conference sessions alongside five competitions for young people, exhibitions and discussions seeking to increase youth participation in sport and encourage positive life skills.

It is being hosted by the Saudi Arabian capital Riyadh, but is a hybrid event.

Terho won women's ice hockey bronze medals for Finland at the Nagano 1998 and Vancouver 2010 Winter Olympic Games, and was elected to succeed Zimbabwe's Kirsty Coventry as chair of the Athletes' Commission in August.

She served as the guest scene-setter at today's final conference session on "Athletes Towards Social Change and Empowerment".

Terho outlined the historical role played by athletes in driving positive social change, and called on them to make their voices heard.

"Athletes are role models for many, especially for the next generation and the youth," Terho said.

"They can set an example of positive behaviour, they can be a healing voice, and they build bridges.

"In our fragile world and in the post-times of pandemic, athletes with a voice are needed more than ever.

"The IOC changed the Olympic motto, adding the world 'together'.

"It is now reading 'Faster, Higher, Stronger - Together'.

"Solidarity and togetherness are now more important than ever."

Terho's remarks then turned to how athletes can use social media to advance different causes.

"Social media has become the platform, and athletes have millions and millions of followers, and they are using this opportunity not only to promote themselves, but also to share their views to an open forum, and this is where the athletes rise above themselves to make much-needed positive change in our world," the IOC Executive Board member said.

"With the click of a camera, something can be captured and publicised, exposed and promoted.

"You can see athletes standing together, calling for united actions regardless of whether it is towards inclusion, human trafficking, equality, tolerance, gender-based violence and the list goes on.

"I feel that the world of sport, from the Federations to the clubs to the athletes, must continue to develop and stand for social good.

"Myself, both as a team athlete and as a individual, have our role to play, and this stands for as much on and off the field of play."

In her function as Athletes' Commission chair, Terho was involved in the IOC's video call with Chinese tennis payer Peng Shuai, whose welfare has been the subject of much concern internationally.

Terho, who had earlier backed the IOC’s approach of "quiet diplomacy", said she was "relieved to see that Peng Shuai was doing fine, which was our main concern".

"I offered her our support and to stay in touch at any time of her convenience, which she obviously appreciated," Terho added at the time.

The IOC made no mention of allegations of sexual assault Peng had made against a senior politician before seemingly disappearing, which led to the concern, and the organisation was accused of being "complicit in the Chinese authority’s malicious propaganda" by pressure group Global Athlete over its actions.