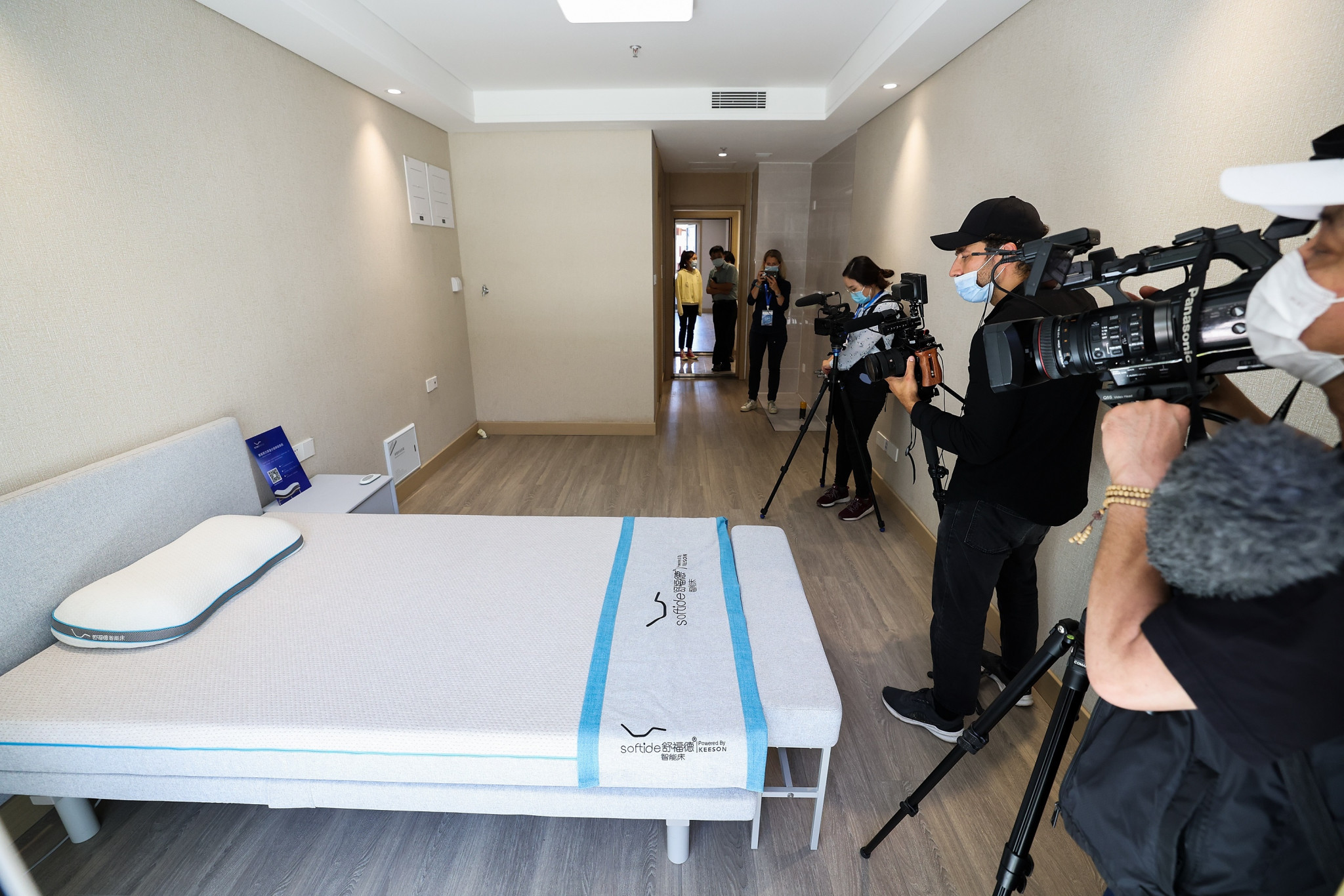 The Beijing 2022 Athletes' Village has undergone a series of tests prior in preparation for its opening prior to next year’s Winter Olympics.

More than 2,000 people reportedly tested the new Village, which will be used by athletes during the Winter Olympics and Paralympics.

According to Chinese state-run news agency Xinhua, "all-factor tests" were conducted with 2,415 participants trying out the check-in system, accommodation and catering.

They also reportedly underwent polymerase chain reaction tests which will be carried out daily during the Games as part of the organisers’ COVID-19 countermeasures.

Beijing's Athletes' Village boasts 20 residential buildings and the capability to house 2,338 beds during the Olympics, scheduled to run from February 4 to 20.

Ju Qiang, deputy director of the Village's accommodation department, told Xinhau the beds can be extended to up to 2.4 metres.

The Village is expected to start trial operations for the Olympics on January 23 before its official opening on January 27 - a week before the start of the Games.

Ji Ye, deputy director of the Village's catering department, has given details of what athletes can expect when they arrive at the housing complex.

"The Village will provide food full-time for athletes during the Games, and a menu of 678 dishes will be served to athletes from diverse cultural backgrounds, which was designed to meet their different dietary needs, while also taking religious diversity into consideration," said Ji.

Catering services during Beijing 2022 will strictly follow the playbook, organisers in China promised.

Masks, gloves and sanitisers will be provided in dining areas.

Construction work on the Athletes' Village, situated in Zhangjiakou, was completed in July.

"The Village is a home for athletes and officials during the Games, which coincides with China's Spring Festival, so we will organise cultural exchange activities to help our friends from all over the world experience the traditional Chinese culture," added Yang Jingfeng, deputy director of the Village's comprehensive service department.

The build-up to the Games has been dominated by criticism of China’s human rights record with many countries considering boycotting the event.