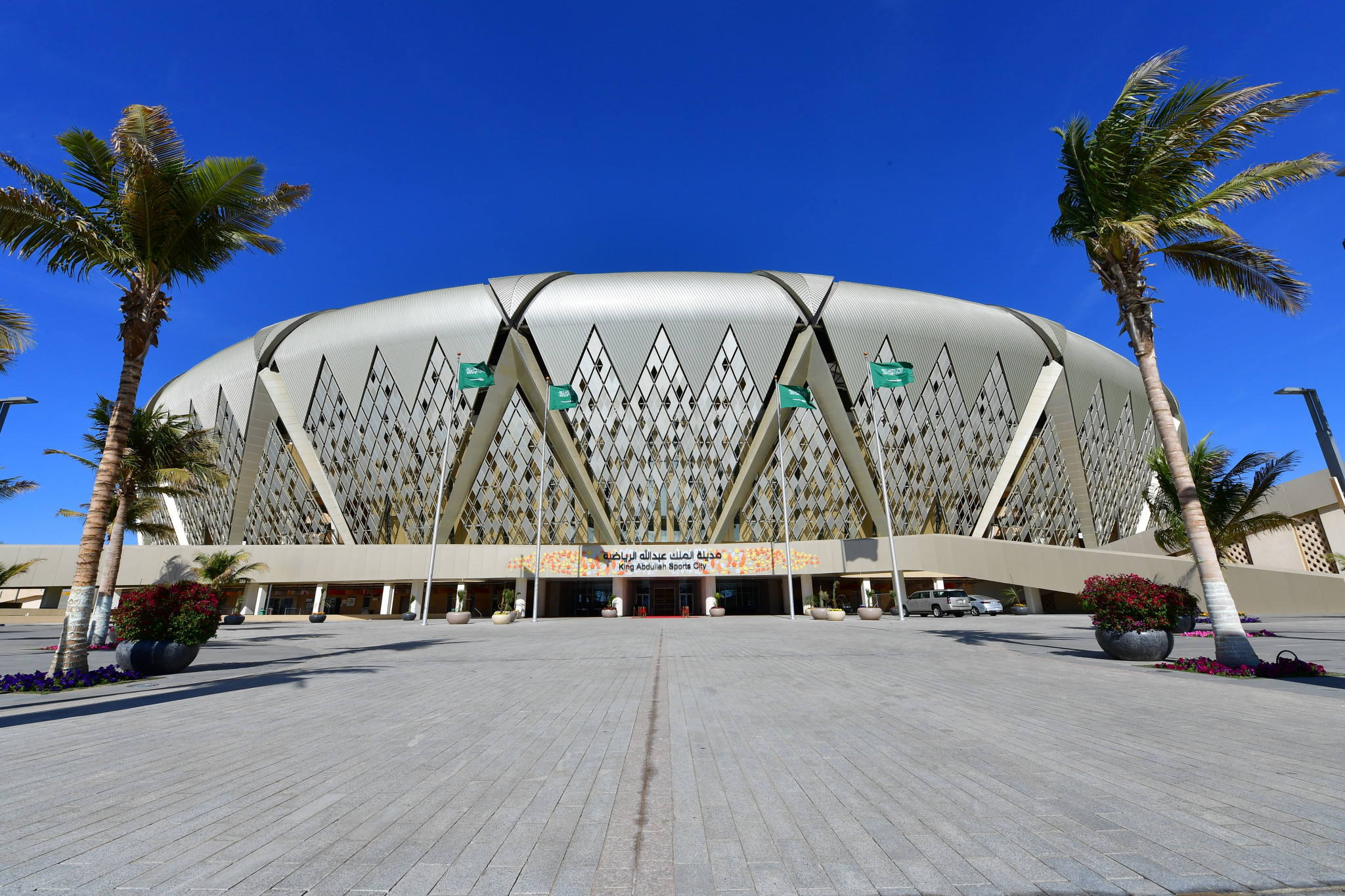 The party of 11 was shown virtual-reality presentations at a specially constructed "Welcome Pavilion" and is now visiting proposed sites in Riyadh, before heading to Jeddah and Dammam which bid organisers have described as "three historic, exciting and unique cities".

Although Saudi Arabia have won the tournament three times, the country has never hosted.

The 10 stadiums in Saudi Arabia's bid dossier includes the emblematic King Fahd Stadium, known for its distinctive tented roof and nicknamed the "Pearl".

Delegates have been told that the stadium, originally constructed in 1988, will retain many original features after modernisation to comply with current FIFA and AFC regulations.

It currently holds 58,000 but will be enlarged above and below existing stands.

The athletics track will be completely removed and the playing area is to be lowered.

The capacity will increase to 80,000 with work expected to be completed by 2025.

The stadium has been earmarked for the Opening Ceremony and the final of a tournament which is set for January 2027.

Fans will be encouraged to use the nearby Metro station to reach the stadium, which is 20 kilometres from Riyadh city centre.

Today, the AFC delegation was visiting the King Saud University Stadium - now known as the Mrsool Stadium after a sponsorship deal with delivery firm Mrsool.

Three new venues are planned with construction set to begin in 2022.

In the Riyadh cluster, these are to  include a spectacular cliff-edge stadium at Qiddiya, some 22km from the city centre in an area set to form a new entertainment complex.

Officials claim the Riyadh New Stadium, 7km from the airport, will be erected in less than two years.

A smaller venue with a projected capacity of 21,082, it will be used by Riyadh’s club sides on a rotational basis to allow work on the other stadiums to proceed without interruption to domestic football competitions.

Teams are likely to use the multi-sport training complex at the Mahd Sport Academy where new football practice facilities will be expanded.

The two venues in Jeddah include the oldest in the bid portfolio, Prince Abdullah Al-Faisal Stadium, originally built in 1970.

A new 47,000-capacity stadium is due for construction over the next three years in Dammam, a waterfront city on the Arabian Gulf.

It will complement two smaller existing venues in the city which are both set for renovation.

If successful, the Saudi Football Federation (SFF) plans to stage a test event using all venues in January 2026, one year before the tournament.

The AFC inspectors have already visited Iran and are set to assess India and Qatar later.

They will compile a dossier on each candidate city before the final decision is taken.

The original vote was to have been at the AFC Congress on November 27 but this was a casualty of COVID-19.

A decision is now expected in early 2022.

Saudi officials have confirmed that construction of new stadia will go ahead whether or not Saudi Arabia is awarded the competition.

The new venues will be used by domestic clubs.

The bid also hopes to "accelerate the growth of women’s football", and the SFF today announced fresh details of its first-ever women's league.

The competition is due to begin on November 22 and 16 teams will play games in Riyadh, Jeddah and Dammam.

Women's rights are restricted in Saudi Arabia and this has often been highlighted by critics of the regime, although women's freedoms have somewhat grown in recent years.

The Asian Cup bid forms a key component in a drive to host sporting events as part of the country’s Vision 2030 strategy.

Jeddah is set to host the penultimate Formula One race of the season next month.

Riyadh will also stage the Asian Games for the first time in 2034 after a double award, with Doha picked as the 2030 host city.

"We would like to welcome the AFC delegation to the Kingdom of Saudi Arabia," bid chief executive Ibrahim Alkassim said when the delegation arrived.

"The Saudi 2027 team is fully prepared for this visit and we are ready to inform the delegation of the Kingdom’s most prominent plans for 2027."