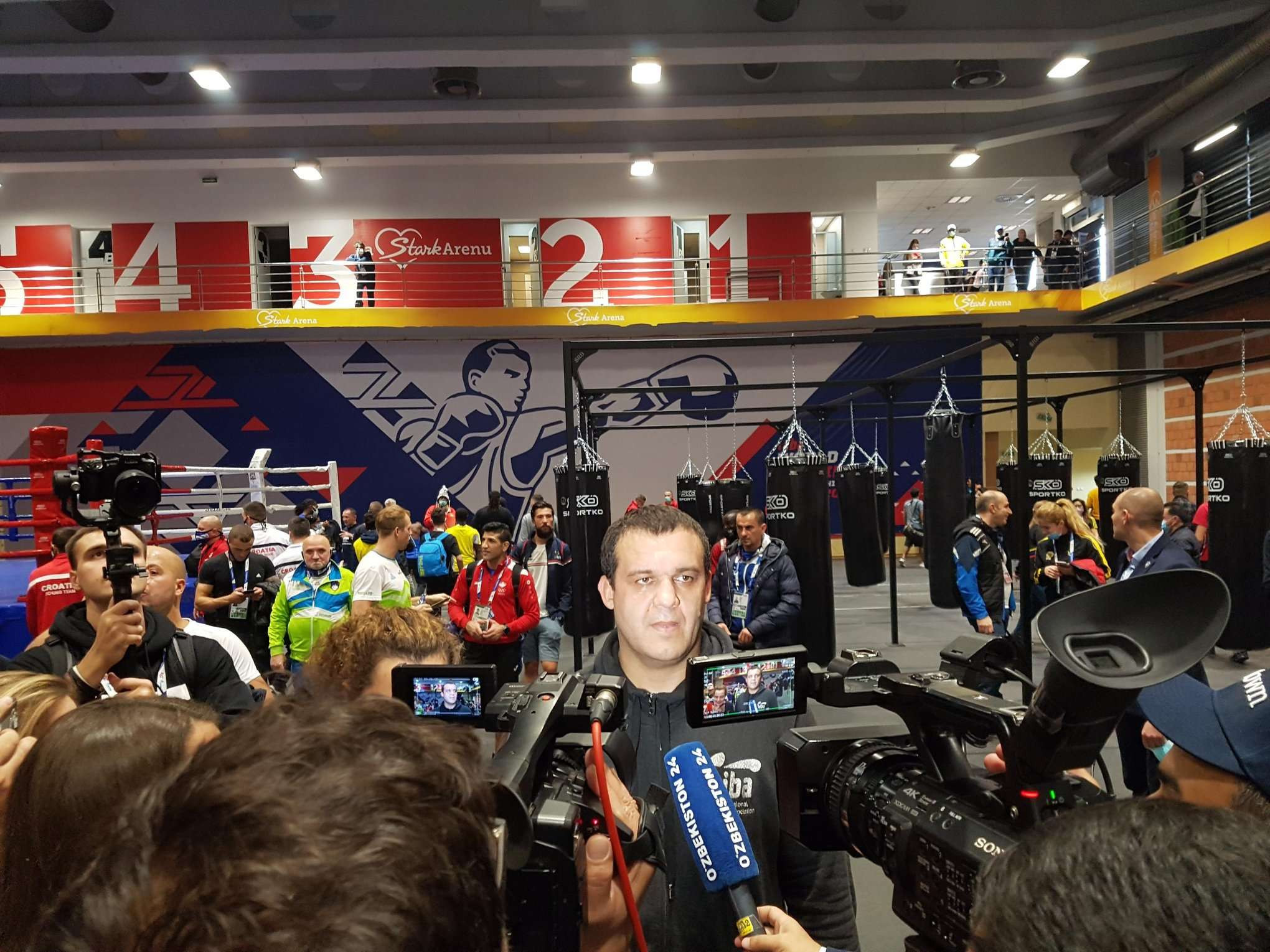 International Boxing Association (AIBA) President Umar Kremlev met with boxers and the wider community during a training session on the rest day at the AIBA Men’s World Boxing Championships, prior to the semi-finals.

Swapping a suit for a tracksuit bottom, Kremlev,– who celebrated his 39th birthday on Monday (November 1), joined AIBA secretary general István Kovács and American boxing great Roy Jones Jr at the event here over an hour.

After some jovial sparring in the ring, he took part in some shadow boxing with the athletes in attendance, before going into the crowd to take photos.

"The most beautiful sport exists due to the sportspeople, the coaches and the National Federations and I’m the person they entrusted with bringing them all together," Kremlev told insidethegames.

"I want to have a very direct contact with them, because I want inside information on all the problems that exist and about what needs to be done.

"Because if there are no boxers and no coaches, there is now AIBA.

"It is our and my personal direct duty to work in their interests.

"This is the first Championships where we are using all the new things and ideas and I can promise at the next Championships that we will have something new again.

Kremlev said the Fair Chance Team was about sports development, following its debut at the Championships.

"We are an international association and our task is not to deal with politics, we want to work on sports development," he added.

"We as AIBA exists specifically to create conditions for sportspeople, coaches and National Federations.

"If the sportsman or sportswoman is a boxer, wherever they are, whatever is going on, whatever problem they have, our task is to help to solve that problem.

"Now AIBA is their home."

After the workout, Green Hill boxing gloves, the official gloves of the Championships, were given out to athletes.

Semi-finals at the AIBA Men's World Boxing Championships are taking place today in the Serbian capital before the finals tomorrow and Saturday (November 6).