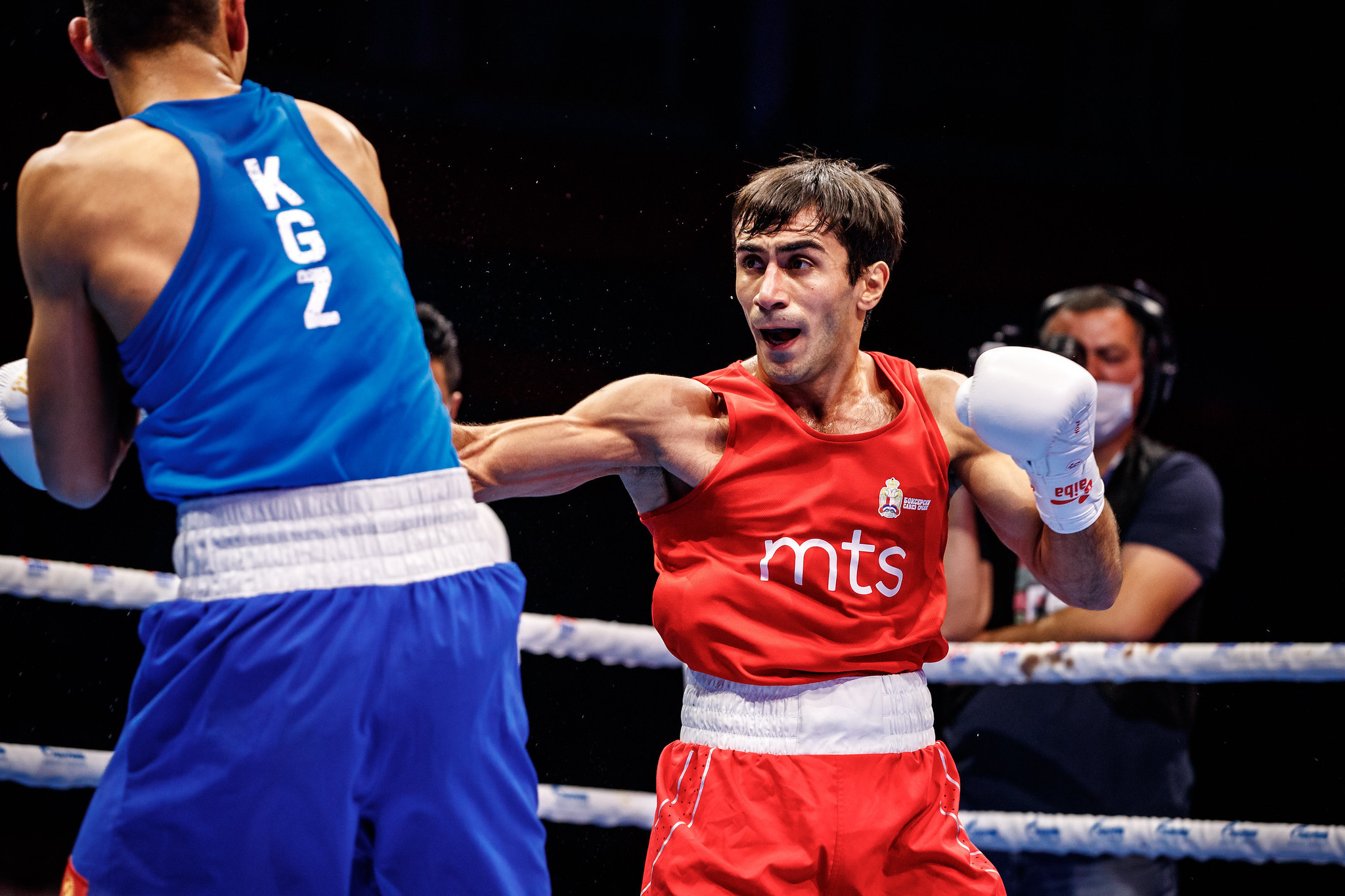 The line-ups for the quarter-finals were completed on the eighth day of the International Boxing Association (AIBA) Men's World Boxing Championships in Belgrade, following six sets of round of 16 bouts.

His opponent in the quarter-finals is Javier Ibanez Diaz, who claimed victory against Yilmar Gonzalez of Colombia on points following a referee's stoppage when the Bulgarian suffered a cut to his face.

American boxer Jahmal Harvey will fancy his chances of making the final after another great fight, this time eliminating Luiz Do Nascimento Chalot of Brazil unanimously.

In Ring B, Serik Temirzhanov of Kazakhstan fought hard to beat India's Rohit Mor for a place in the final eight, while Mexico's Miguel Vega Barreras was a unanimous victor over Democratic Republic of Congo's Nathan Lunata Nkosi.

Kevin Brown Bazain of Cuba progressed in the under-67kg following a win over Akash of India, while Omari Jones of the United States defeated Martin Skogheim of Norway.

Ablaikhan Zhussupov of Kazakhstan continues to be one of the favourites for the gold following victory over Poland's Damian Durkacz, and next faces Mongolian Chinzorig Baatarsukh who defeated Mexico's Marco Hernandez Alvidrez unanimously.

Weerapon Jongjoho of the Thailand Boxing Federation (TBF) was in the final bout of the afternoon, beating Ivan Papakin of Ukraine unanimously.

Olympic and world bronze medallist Saken Bibosinnov of Kazakhstan was victorious in the opening bout of the evening session, progressing to the last eight of the under-51kg category against Deepak of India.

TBF's Thanarat Saengphet is also through, surprising a very confident Miguel Ramos of Venezuela who thought he had done enough to wrap up the win.

The Thai boxer was deducted a point and the match looked to be in Ramos' favour, but he was shocked when his opponent's arm was raised instead.

Roscoe Hill of the United States was confident in celebration when he defeated Artur Hovhannisyan of Armenia in the other opener to the session, and he is set to meet Italian Federico Serra who unanimously won against Ronaldo da Silva of Brazil.

Akhtem Zakirov of the Russian Boxing Federation (RBF) knocked down Hungarian Attila Bernath, crucially being enough to give him the points win in the final round.

In the under-63.5kg round of 16, Turkey's Kerem Oezmen defeated Richard Kovacs of Hungary and looks like a potential medallist after easily bettering his opponent.

Scotland's Reese Lynch remains in the tournament too with a unanimous decision victory over Spain's Adrian Thiam Creus, setting up a quarter-final match with Kazakhstan's Sanatali Toltayev, who won against Ukraine's Denys Pesotskyy.

Finally, in the under-80kg category, the FCT Team's last boxer was eliminated as Andrei Chiriacov of Moldova won on points early against Silab Noori following a referee's stoppage due to injury.

Ireland's Keylan Cassidy made it through unanimously by beating Tajikistan's Shabbos Negmatulloev, while Serbia's Vladimir Mironchikov remains in the tournament, having vanquished Bulgarian Kristiyan Nikolov.

Mironchikov's opponent in the next round is set to be Nurbek Oralbay of Kazakhstan who was the unanimous winner against Pal Kovacs of Hungary.