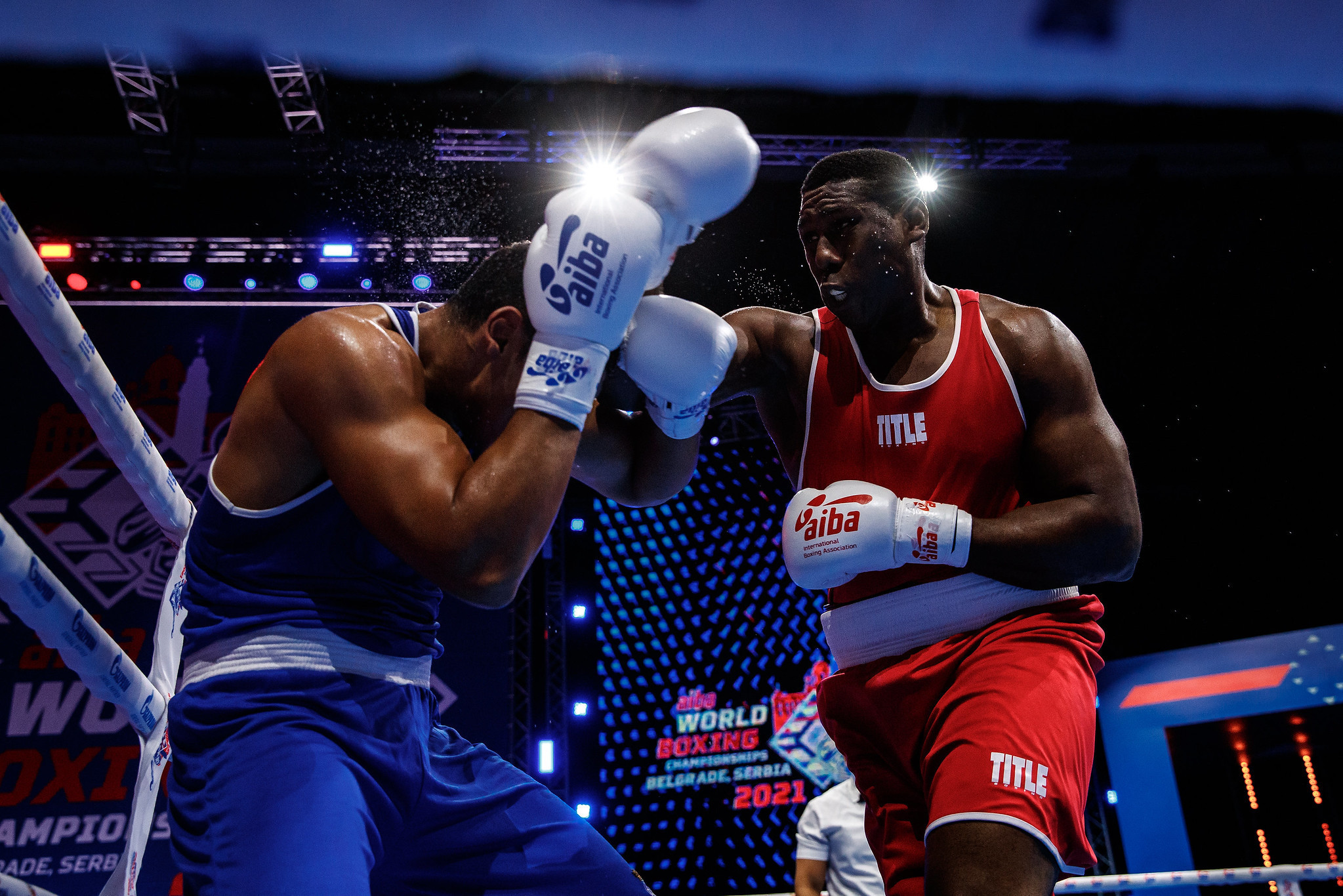 There were tears from delegations from Iran and Trinidad and Tobago today at the International Boxing Association (AIBA) Men's World Boxing Championships in Belgrade, as both nations guaranteed their first medals in the competition's history.

Left with a deep wound above his nose, Daniyal Shahbakhsh certainly did not leave the ring in the finest of shapes, but it was the least of his team's worries.

Taking on Lithuania's Edgaras Skurdelis for a spot in the under-60 kilogram semi-finals, it was a back-and-forth affair between them and ended with a 3-2 split decision in favour of the Iranian, who collapsed to his knees with emotion as his name was called as the winner.

The Iranian team jumped up on the apron and were ecstatic with the result, leaving all of the support staff accompanying him crying at the historic result.

"When I came into this Championships I thought about getting the medal here and to get the historic medal for Iran because this is the first medal for us," said Shahbakhsh to insidethegames.

"We are one team, all of our boxing team here wanted to make it a historic medal for us, but I am only one person.

"You see at the end of the match the happiness; and I was crying."

He added his thanks to his coach Alireza Esteki, who brought him to the Asian Championships this year - which he won silver at - and beyond to the World Championships.

"I want to thank my coach who believed in me," he said.

"They first brought me to the Asian Championships and gave me the opportunity to fight there.

"I give this result to him and I thank him for giving me the opportunity to compete here."

Nigel Paul of Trinidad and Tobago's hopes of winning his nation's first medal at the Championships looked to be slipping away after being behind with every judge following round one, but the over-92kg boxer scrapped back with two dogged rounds to defeat Berat Acar of Turkey.

Minutes after his win, his voice was breaking up and crying at his achievement, which earned a similar reaction from his coaching team.

"This is what I have been training for non-stop," said Paul to insidethegames.

"Just to overcome all the naysayers and the disbelief, I just worked really hard.

"I just want to thank my coaches - if I didn't have these two in my corner I might have just let the whole thing slip because I wasn't feeling it and they inspired me and brought me back.

"I just want to make history and try to make ways for the new members on the team and people who want to join.

"I probably won't be around for much longer, probably after the next Olympics and I want to help the amateurs as much as I can while I'm here."

Both are into the semi-finals of their respective categories and are a win away from the gold medal match, with their next bouts taking place on Thursday (November 4).

Shahbakhsh takes on Abdumalik Khalokov of Uzbekistan in his semi-final, and Paul faces Russian Boxing Federation's Mark Petrovskii for a place in the final.