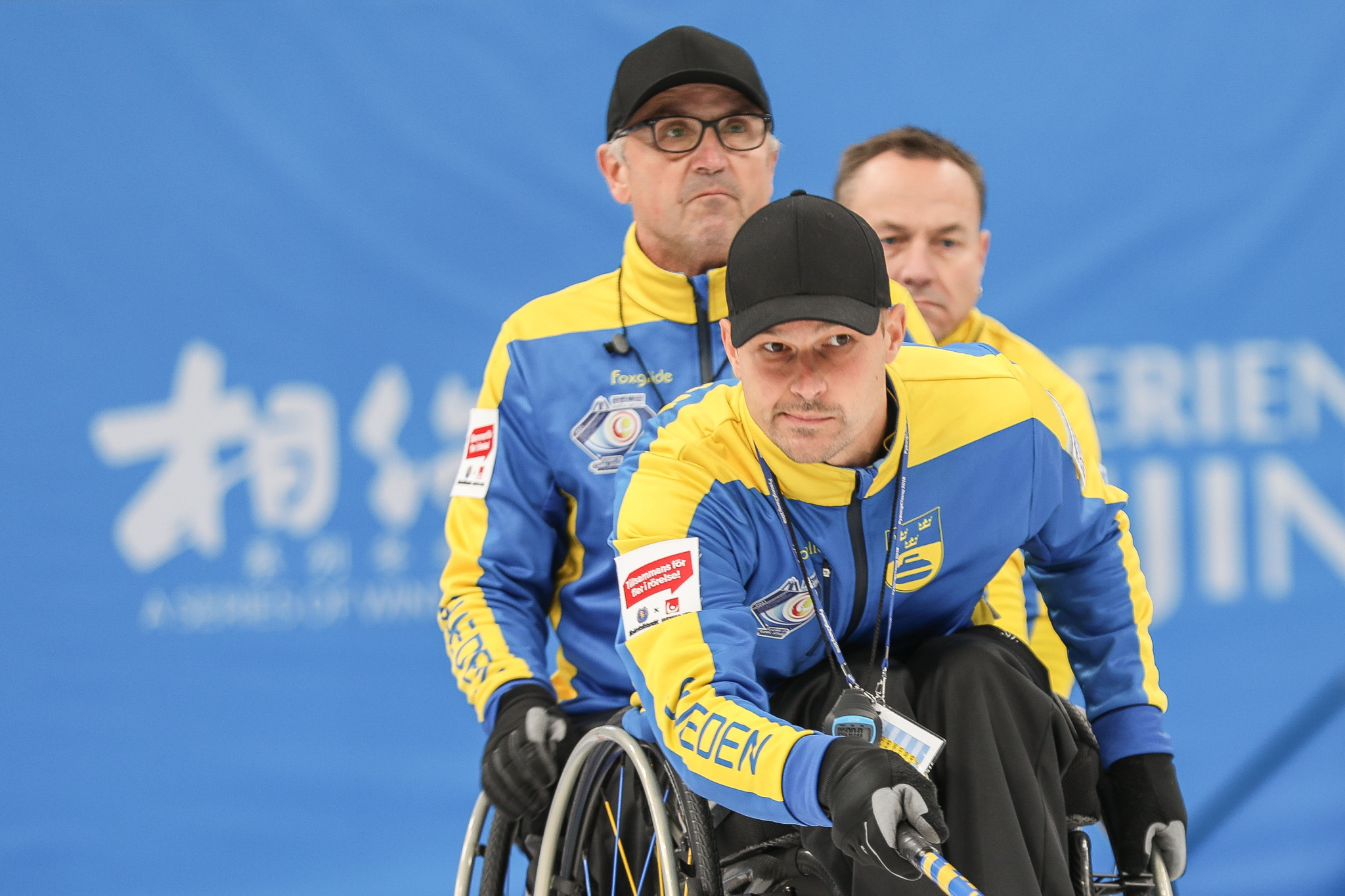 Scotland edged out a narrow victory over leaders China to create a three-way tie at the top of the World Wheelchair Curling Championship in Beijing.

China had led the way prior to today's action, but Scotland's dramatic and hard-fought 3-2 victory over the hosts handed them their second defeat of the competition.

That opened the door to both Sweden and the Russian Curling Federation, who duly obliged.

Sweden beat the United States 7-4 and Switzerland 7-2, while the RCF defeated Scotland 8-4 and Italy 7-1.

The pair moved to seven wins and two losses in the standings, the same record as China.

With a crucial victory over China but defeat to the RCF, Scotland follow in second, with six wins and three losses, while the US, who rebounded from their morning defeat to Sweden to best Latvia 10-2 in the evening session, sit on the same record as the Scottish team.

There were also wins for Canada against South Korea and Slovakia, Norway, who defeated Slovakia 8-6, and Korea, who then beat Norway in the evening session 6-1.

Switzerland also gained their first victory of the competition, beating Latvia - who had won three games prior to today - 7-5.

Competition continues tomorrow with standout games including China versus Sweden and the US against Scotland.