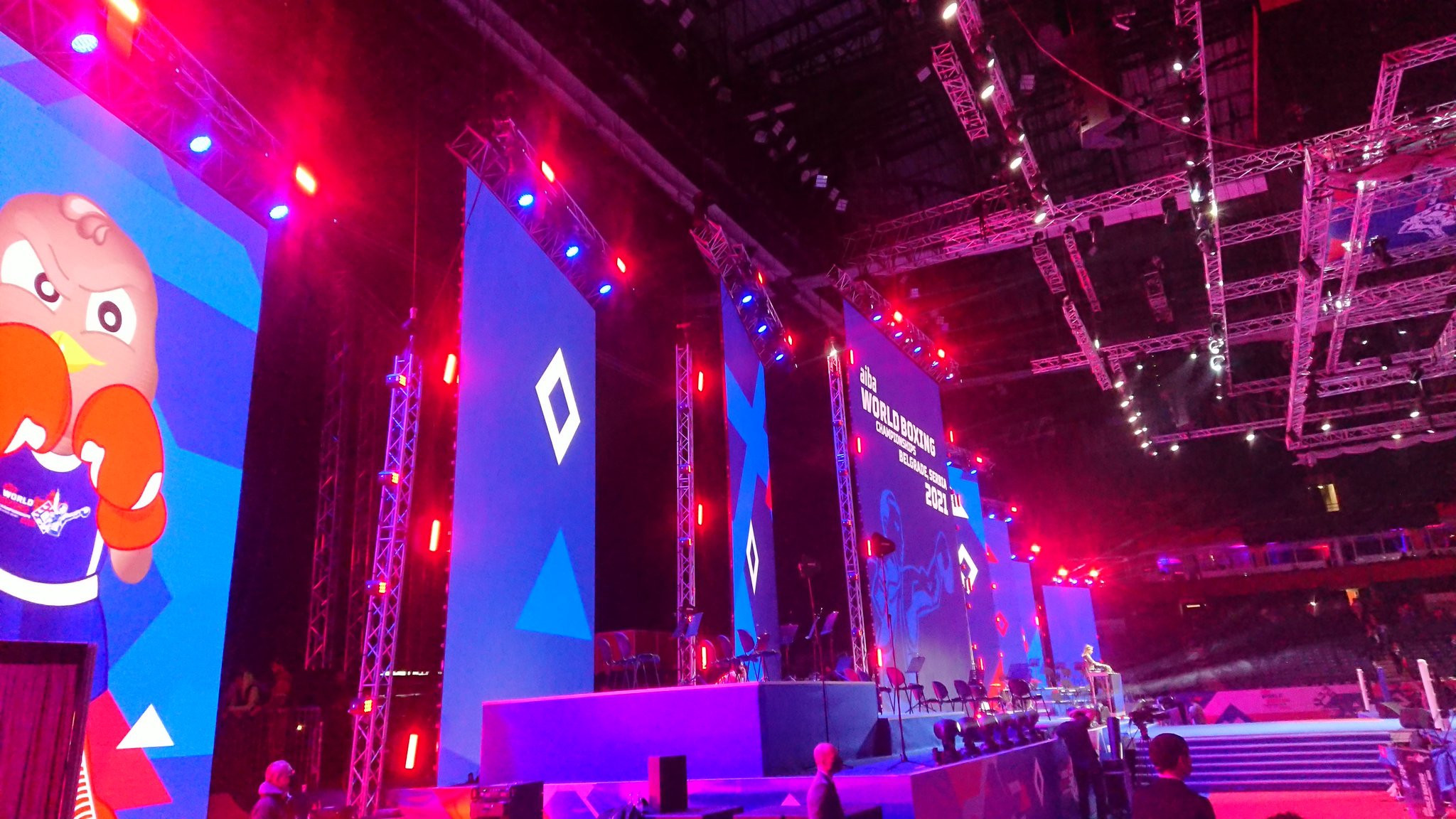 Belgrade saw a night of audacious performances and signals of a new chapter of the International Boxing Association (AIBA) at the Opening Ceremony of the Men's World Boxing Championships at the Štark Arena.

The history of boxing was then ran through the ages, featuring slow-motion re-enactments in on-stage performances, detailing its official start on January 6 1681.

During the Parade of Nations the attending crowd were fans of the home team as well as neighbours Bosnia and Herzegovina, Montenegro and North Macedonia.

Jamaica and Japan were among other nations given a warm reception.

The same could not be said for Albania and Croatia - who continue to have tenuous relationships with Serbia - as well as the United States, who were jeered by the crowd.

Notably, Kosovo's flag was missing, as the status of the boxers competing at the Championships remains uncertain.

The state's three boxers and two members of its support team have been turned away on three occasions at the Serbian border and look less likely to participate with competition starting tomorrow.

AIBA introduced its Fair Chance Team at the Championships too, with those representing refugees.

Serbian Minister of Youth and Sports, Vanja Udovičić, was the first representative to take to the stage to speak.

"We are proud because Belgrade, Serbia is the centre of the world today," said Udovičić.

"We are proud because we are the only country in the world to organise the World Championships for a second time.

"We are proud because we can be good hosts and show our hospitality to the world."

AIBA President Umar Kremlev later officially opened the Championships and made his own speech to those in attendance.

"I would like to thank the President of the Republic of Serbia Aleksandar Vucic, the Government of Serbia, the Serbian Boxing Federation and all those who have contributed to this great event in the history of the International Boxing Association," said Kremlev.

"The World Championships is the apex of the career of any athlete, this is what the children coming to boxing gyms aspire to.

"Each boxer, coach and national team who will take part in this celebration of sports have undertaken a long and difficult journey.

"You have trained hard, prepared and dedicated yourself to your lifelong love - boxing - every single day and today you have come to Serbia to demonstrate your best skills in order to compete for the most prestigious title in the world to become a world champion.

"AIBA is your home, everything we do is for you.

"That's why AIBA, for the first time in its history, will award the champions and medallists of the Championships not only with medals made of pure gold, but also with champion belts and significant prize money.

"I hope that this will be a great motivation both for those who will enter the ring already tomorrow, and for the future generations of boxing stars.

"I would like to offer a warm welcome to our Fair Chance Team, which has had to overcome much more challenges than the majority of us in order to be here with us today."

Boxing great Roy Jones Jr then took to the stage to say that "boxing is art, boxing is music", before hitting the punchbag to the same rhythm as a drummer with Survivor's Eye of the Tiger, best known for featuring in the popular boxing film series Rocky, playing in the background.

Jones Jr later rapped on stage, while Romanian star INNA - known for her hits Hot and Sun Is Up - also featured.

Finally, actor Mark Wahlberg sent a message of support for the World Championships in a video played during the final moments of the Opening Ceremony.

The AIBA Men's World Boxing Championships are scheduled to end on November 6.