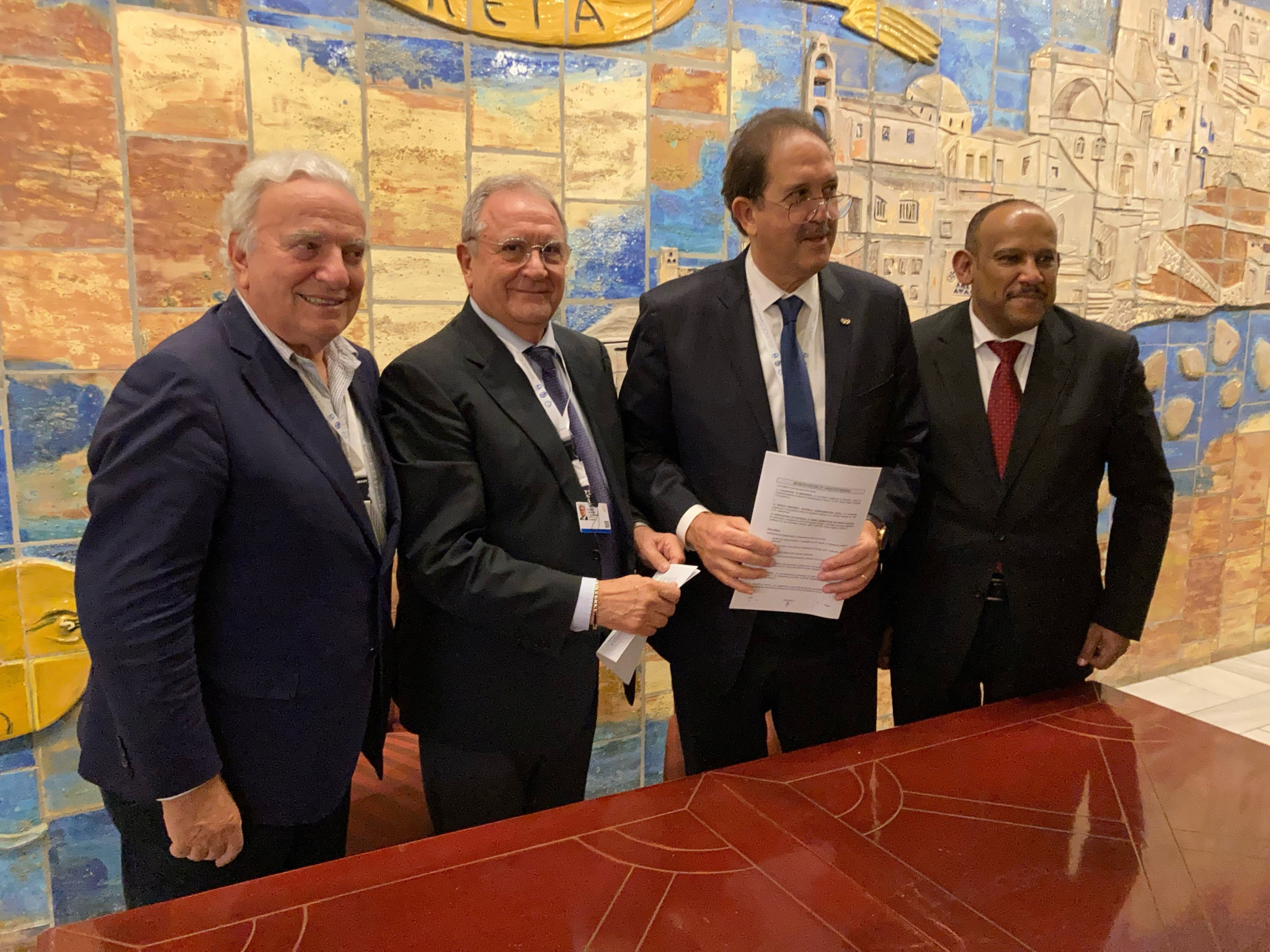 The World Baseball Softball Confederation (WBSC) has signed a Memorandum of Understanding (MoU) with the Association of National Olympic Committees of Africa (ANOCA) and the Olympafrica Foundation.

Under the terms of the deal, signed during the Association of National Olympic Committees General Assembly here, the three organisations will work to promote the sports on the continent.

The three-way agreement will introduce Baseball5 in Africa after ANOCA added the discipline to the programme for the 2023 African Games.

The deal between the WBSC, ANOCA and the Olympafrica Foundation also includes "the encouragement of social, economic and personal development through sport, especially for younger athletes, the promotion of the values and ideals of the Olympic Movement, and the promotion of peace through common sports interests, activities and cooperation", the WBSC said.

WBSC President Riccardo Fraccari said the signing of the MoU was "a very important day for our sport in Africa".

Fraccari attended last month's celebration of ANOCA's 40th anniversary in Nigeria, where he gave a presentation on Baseball5 to the Executive Committee.

"The development of baseball, softball and Baseball5 around the world, engaging new and young audiences as well as using our sport as a tool for sustainable development are key parts of our strategic goals," he said.

"This agreement with Olympafrica and ANOCA will help accordingly by opening a wide range of opportunities for baseball and softball fans across Africa, especially in the build up towards Baseball5’s debut at the Dakar 2026 Youth Olympic Games and the African Beach Games."

"We’re looking forward to working together with the WBSC and Olympafrica to promote the wonderful benefits of sport to the youth of Africa, especially with such a dynamic, versatile and popular sport as baseball, softball and Baseball5," the Algerian said.