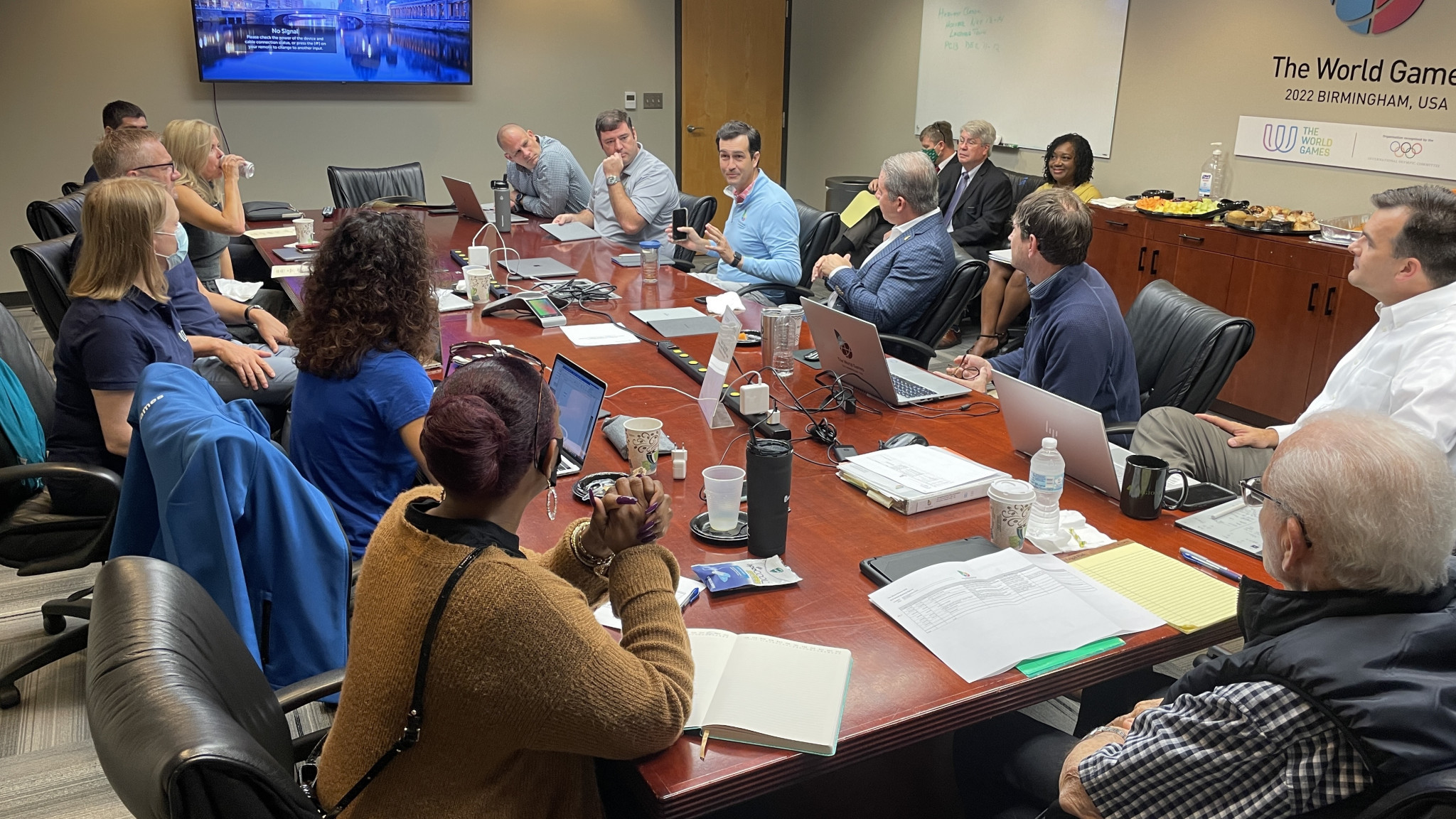 Organisers of the Birmingham 2022 World Games believe they have reached the "hot phase" in preparations to deliver an "outstanding event" next year after staging a three-day staff meeting.

Officials from the International World Games Association (IWGA) and the Birmingham 2022 Organising Committee (BOC) gathered in person for the first time in nearly two years to get an update on the Games which are due to be staged in almost 10 months’ time.

Birmingham 2022 chief executive Nick Sellers emphasised the importance of the event for Birmingham in Alabama in his welcome speech on the opening day of the visit.

Sellers said athletes should remember the Games as a "unique experience".

Organisers from LRY Media Group, which is producing the Opening and Closing Ceremonies, said it hoped to deliver that pledge from the first day of the Games.

Following LRY Media Group’s presentation on the Opening Ceremony, due to be staged on July 7 at the newly-built Protective Stadium, Boehi said she was anticipating a "great show".

Boehi said it was a positive meeting with officials as preparations ramp up for the Games.

After nearly two years, our staff was able to have a live meeting with the Birmingham Organising Committee for The World Games 2022 😍

"We have compared the results of our work so far in all areas, from accreditation to media and marketing to the competition venues," said Boehi

"In addition we have mapped out the next milestones. But most importantly, we had the opportunity to get to know each other personally.

"Some members of the BOC team in positions of responsibility we had previously only seen on screen via the video meetings.

"Personal contacts are essential for successful cooperation, especially in the hot phase of being on the road to creating an outstanding event, a phase that is now beginning."

Officials from IWGA and Birmingham 2022 are next scheduled to meet from November 29 to December 3 where they are expected to inform competition managers of the 34 International Federations, as well as delegations of the National Olympic Committees and the National Sports Organisations, about the status of the preparations.