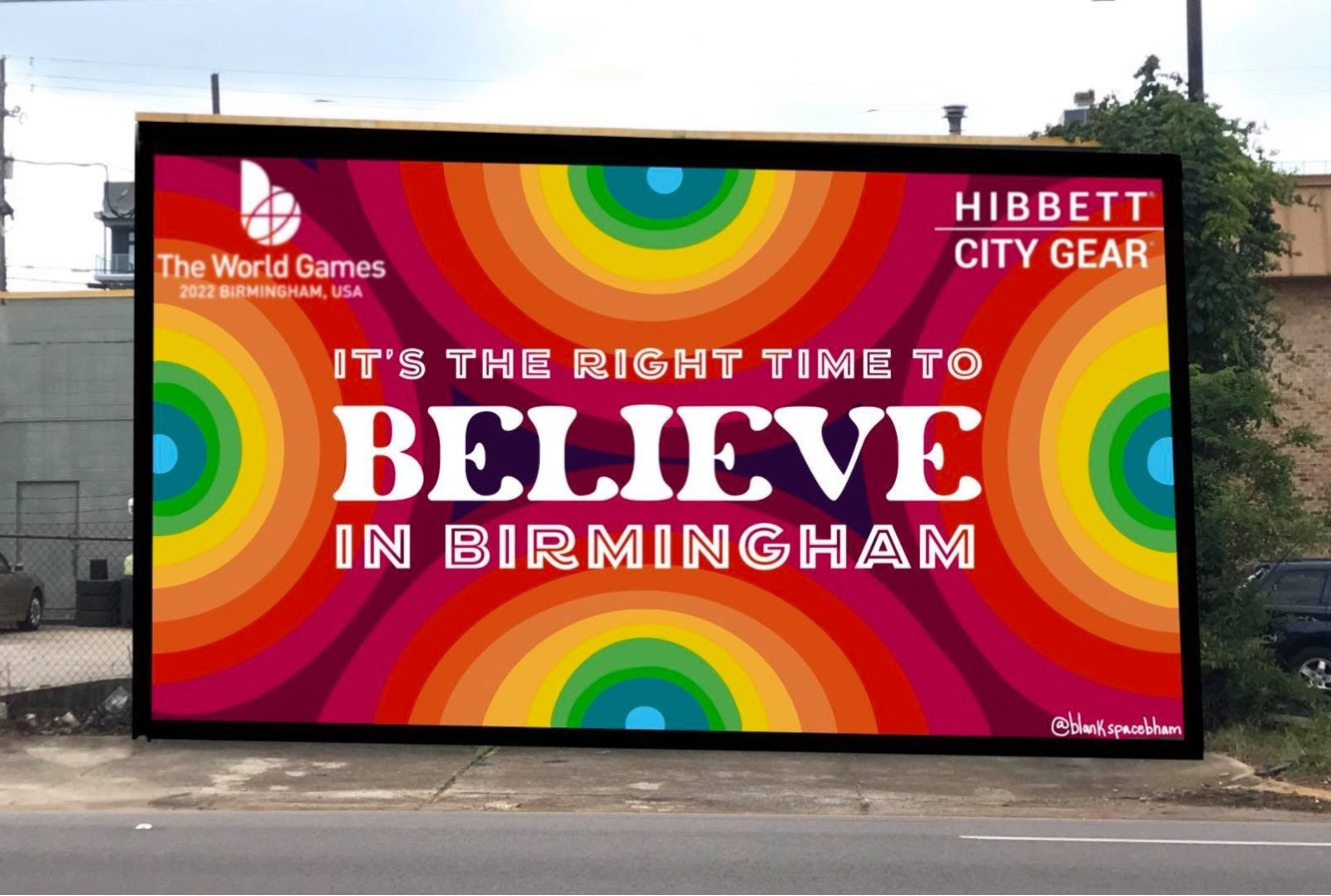 Four murals will be painted by local artists as part of the legacy project of the Birmingham 2022 World Games in the United States, with the theme of one of these going to a public vote.

Each of the murals is centred around the "It's the Right Time" theme.

The first is currently being worked upon by Meghan McCollum, situated at Pepper Place off the Alabama city's Third Avenue South, with its theme, "It’s the Right Time to Believe in Birmingham."

Representatives from The World Games 2022 and its partner Hibbett|City Gear recently went to the site to check out the progress being made.

The location of the other three murals is to be confirmed at a later date, while World Games 2022 executive vice-president Kathy Boswell revealed an online vote would start on Monday (October 18), running for three weeks until November 8, to choose from four different phrases to be used for the mural painted by Marcus Addison.

The World Games 2022 claimed the project will "promote diversity and inclusion" through "messages of acceptance, kindness, teamwork and compassion."

Birmingham 2022 chief executive Nick Sellers commented: "More than ever, we need positive reminders of all we can achieve when we embrace our differences and work together.

"Our goal with The World Games is not only to bring an exciting international sports competition to Birmingham, but to also leave a legacy of lasting improvements to our community and state.

"Our legacy mural project is a big part of that effort, and we are thankful to be working with an excellent partner in Hibbett|City Gear."

Hibbett|City Gear chief executive Mike Longo said the fashion retailer was "excited" to be a part of the project and is "looking forward to seeing these murals come to life."

The 11th edition of the World Games, a multi-sport event for sports not included at the Olympics, was delayed by a year to 2022 because of the rescheduling of Tokyo 2020.

Birmingham 2022 is now due to take place from July 7 to 17, with the Opening and Closing Ceremonies being held at the Protective Stadium.

It is not to be confused with the Birmingham 2022 Commonwealth Games, which are being held in the English city of the same name from July 28 to August 8.

The World Games were last held in the Polish city of Wrocław in 2017.