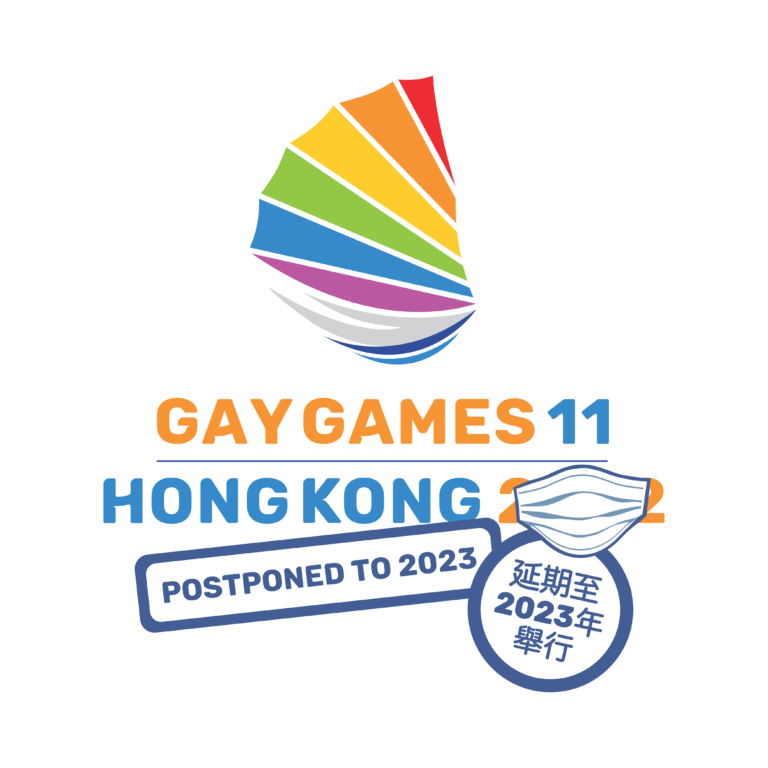 Organisers of the Gay Games Hong Kong (GGHK) have explained that restrictions on travel and training were contributing factors to the postponement of the 11th edition of the Gay Games by a year to November 2023, and claimed the decision has received an "overwhelming positive response".

Speaking at this month's Coffee with Gay Games webinar, GGHK co-chairs Dennis Philipse and Lisa Lam were able to expand on the delay to event, which was confirmed earlier in September.

"With many parts of the world, including many across Asia, still struggling to contain the virus and facing uneven access to vaccines, we felt that delaying the Games until November 2023 will enhance the likelihood of delivering on our promise to have the Hong Kong Games serve as a beacon of hope for the wider community across the region," organisers said in a statement announcing the postponement.

At the webinar, Lam explained that contingency plans had long been in place, with reviews conducted with the Federation of Gay Games (FGG) on a monthly basis.

FGG co-President Sean Fitzgerald said these regular meetings with the Steering Committee helped significantly with the decision to postpone the Games, as these enabled the FGG Board to be kept informed continually.

"That made it very easy once it came to the point where we had to make the decision, where the Board was already up-to-date, so we were able to move very quickly," Fitzgerald said.

Lam and Philipse revealed that the possibility of postponing the Games was first discussed in August, with a tight deadline of November 2021 in place for the opening of registrations were they to continue as originally planned.

Philipse said the postponement would help organisers to achieve their goal of "bringing everybody in the world together" at the first edition of the Gay Games to be held in Asia.

"In some parts of the world people don't have access to vaccination, in some places people have not been able to train for about 18 months," he said.

"For our purpose, we said maybe it would be better to postpone the event by one year to make sure that everybody is welcome to participate, and also has been able to practice their sports.

"We got indications from several organisations that they would not feel ready if the event took place in November 2022.

"They have not been able to practice their sports.

"Especially for a sport like wrestling which is a contact sport and people need to have some proper preparation, it can be quite dangerous if people are not prepared enough to go onto the mat."

FGG co-President Joanie Evans also spoke at the webinar, and gave an insight into the "overwhelmingly positive response" the organisation had received since the decision was announced.

"For now, I feel more positive moving forward with the decision that's been made because I know we've got greater support from our members," Evans commented.

She also said that the FGG's members recognised the work required as part of preparations for the Gay Games.

Co-President Fitzgerald added: "We had a special meeting with our members just a few days after the announcement, where they were able to ask questions and voice concerns, and it was unanimous on the call that everyone was in favour of the move and happy that the decision had been made."

Lam concurred from a GGHK perspective that the initial reaction was "really positive," following discussions with sponsors, volunteers and community partners.

FGG’s Presidents Joanie Evans and Sean Fitzgerald and the GGHK’s Chairs Dennis Philipse and Lisa Lam to discuss the next steps.https://t.co/Ha5YSsnu3x

The host of the 2026 Gay Games is to be decided at the FGG's Annual General Assembly (AGA) in Brighton on Britain's south coast, which is scheduled for November 8 to 12.

Fitzgerald and Evans both expressed their excitement at the added marketing opportunities brought about by the postponement.

"One of the positives that came out of the postponement is that it helped with a lot of publicity regarding the Games, so we're back in the front of people's minds," Evans said.

Fitzgerald commented that the FGG would be able to advertise for its subsequent edition of the Gay Games in Hong Kong.

"The momentum coming out of Hong Kong is going to lead us right into the next city," he said.

Philipse also said that a press conference in November 2021 prior to the FGG AGA would see new sponsors and a Gay Games ambassador programme announced.

The next Coffee with Gay Games webinar will take place on October 28.

GGHK hopes that 12,000 participants and 75,000 spectators from more than 100 countries will attend the event.

The FGG seeks to use the sport and cultural event to promote equality for all and respect for the LGBTQ+ community across the globe.

The Gay Games have been held every four years since the inaugural San Francisco 1982 edition, most recently being held in Paris in 2018.

Guadalajara in Mexico, Munich in Germany and Valencia in Spain have been shortlisted to host the 2026 Games.