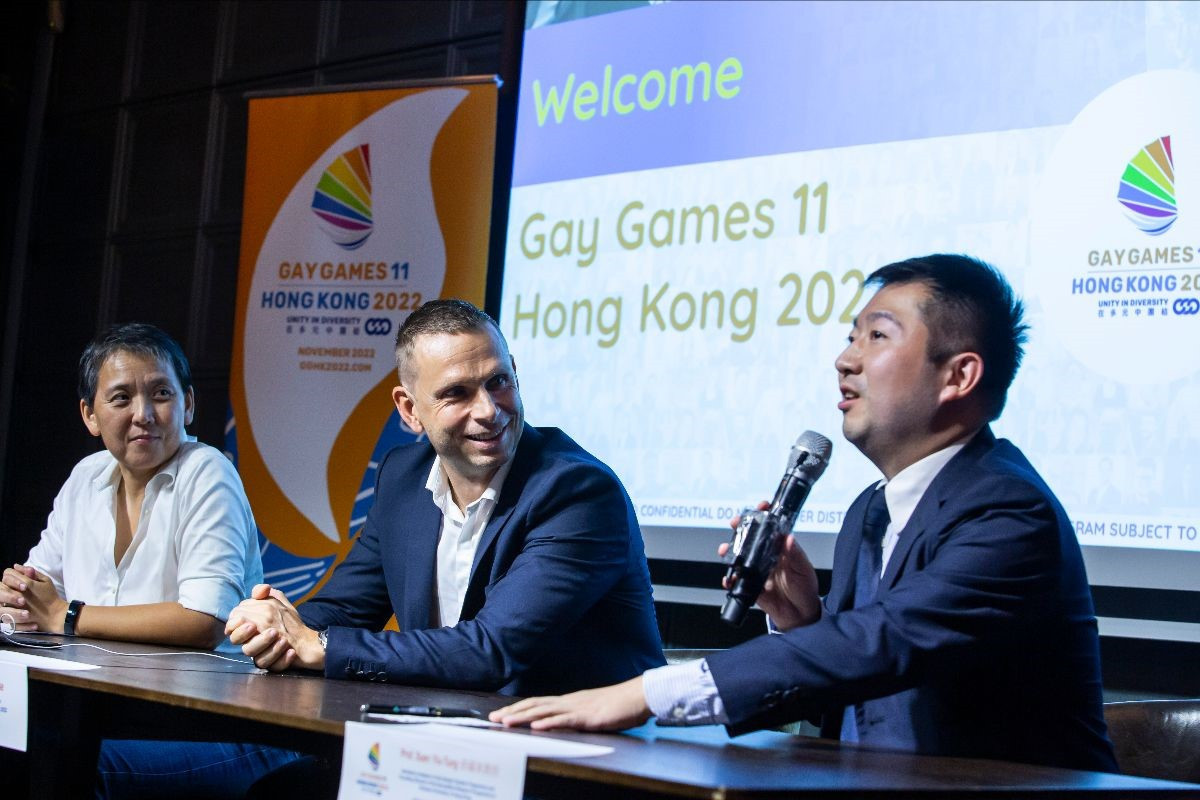 Preparations have been gearing up for the 2022 Gay Games, scheduled to take place in Hong Kong next November, although one leading politician has called for additional Government support for the event.

The South China Morning Post has reported that organisers are struggling to find suitable facilities to host the Games, with half of the 56 sites required still needed.

This led to calls from Regina Ip Lau Suk-yee, the chair of the New People’s Party, requesting that the Hong Kong Government provide more support for Gay Games preparations.

Last month saw organisers mark 500 days to go before the Opening Ceremony by unveiling some promotional advertising across Hong Kong.

The Gay Games is the showcase event of the Federation of Gay Games, which seeks to use the sport and cultural event to promote equality for all and respect for the LGBTQ+ community across the globe.

Hong Kong 2022 will be the first Gay Games to be held in Asia, and is being promoted under the slogan "Unity in Diversity".

Thirty-six sports are planned to feature at the Gay Games, including debuts for dodgeball and esports.

A six-night arts and cultural festival also forms an important component of the Gay Games, and organisers have promised "the most comprehensive exhibition of LGBTQ+ affirmative creativity ever presented in Asia."

This will include the Opening Ceremony at the Hong Kong Stadium, an Asian LGBTQ+ contemporary art exhibition and the International Rainbow Memorial Relay.

Registration for the Games is open to all athletes of any ability, gender or sexuality, and organisers say events will be held "in an atmosphere of fun and mutual support."

The first Gay Games were held in San Francisco in 1982, and had 17 sports on offer for participants.

Held every four years since, the the last edition took place in Paris in 2018.

Guadalajara in Mexico, Munich in Germany and Valencia in Spain have been shortlisted to host the 2026 Games.