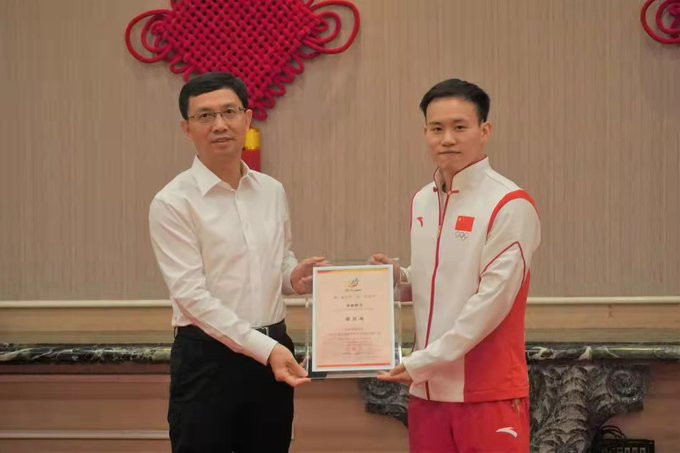 Double Olympic gold medallist Xie Siyi has been appointed an image ambassador for the Asian Youth Games in Shantou.

Xie, who is from Shantou, won three-metre springboard individual and synchronised gold medals at Tokyo 2020.

The 25-year-old Xie is also the reigning world champion in both events, having won gold medals at the 2019 World Aquatics Championships in Gwangju.

Chinese city Shantou is now not due to stage the Asian Youth Games until late next year because of the coronavirus crisis.

While the event will remain known as Shantou 2021, December 2022 is the new window identified for the multi-sport event.

Eighteen sports are on the Shantou 2021 programme.

The mascot, Jinfengwa, is based on the city flower, while the emblem takes inspiration from a red-headed boat - a vehicle with roots in Shantou - and the sun.

Olympic Council of Asia director general Husain Al-Musallam said in March that the organisation was "very encouraged by the determination and diligence of the Organising Committee".

Organisers say all competition venues have been built.

Nanjing in China staged the last Asian Youth Games in 2013, and before that Singapore was the first host in 2009.