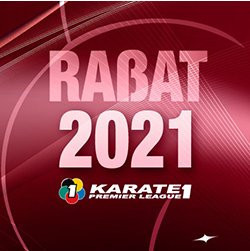 The final leg of the Karate 1-Premier League season in Rabat has been cancelled due to COVID-19 complications.

Host country Morocco has not provided the official authorisation needed for the event to go ahead between October 29 and 31.

Local rules would also force those from a high number of competing countries, who do not have vaccination certificates, into a period of quarantine.

The World Karate Federation (WKF) said the situation meant the event could not be "celebrated under the required conditions".

Rabat was due to stage the fifth and final leg of this season's Premier League, but a new host will not be found.

The fourth leg in Moscow, scheduled for between October 1 and 3, will now conclude the season.

Athletes have been granted more time to apply to compete in the Russian capital, with the registration period extended until 12pm GMT on Tuesday (September 21).

"The World Karate Federation expresses its full commitment to continue doing its utmost to provide the best conditions for athletes to compete at the highest level and sincerely regrets the inconveniences created by this unfortunate situation," a WKF statement said.

This year's cancellation comes after the event was pushed back to October from originally planned dates in April.

The move meant it lost its status as a qualifying competition for the Tokyo 2020 Olympics, held in July and August.

In 2020, the event was also cancelled because of the pandemic, but Rabat has been included again on the 2022 calendar.