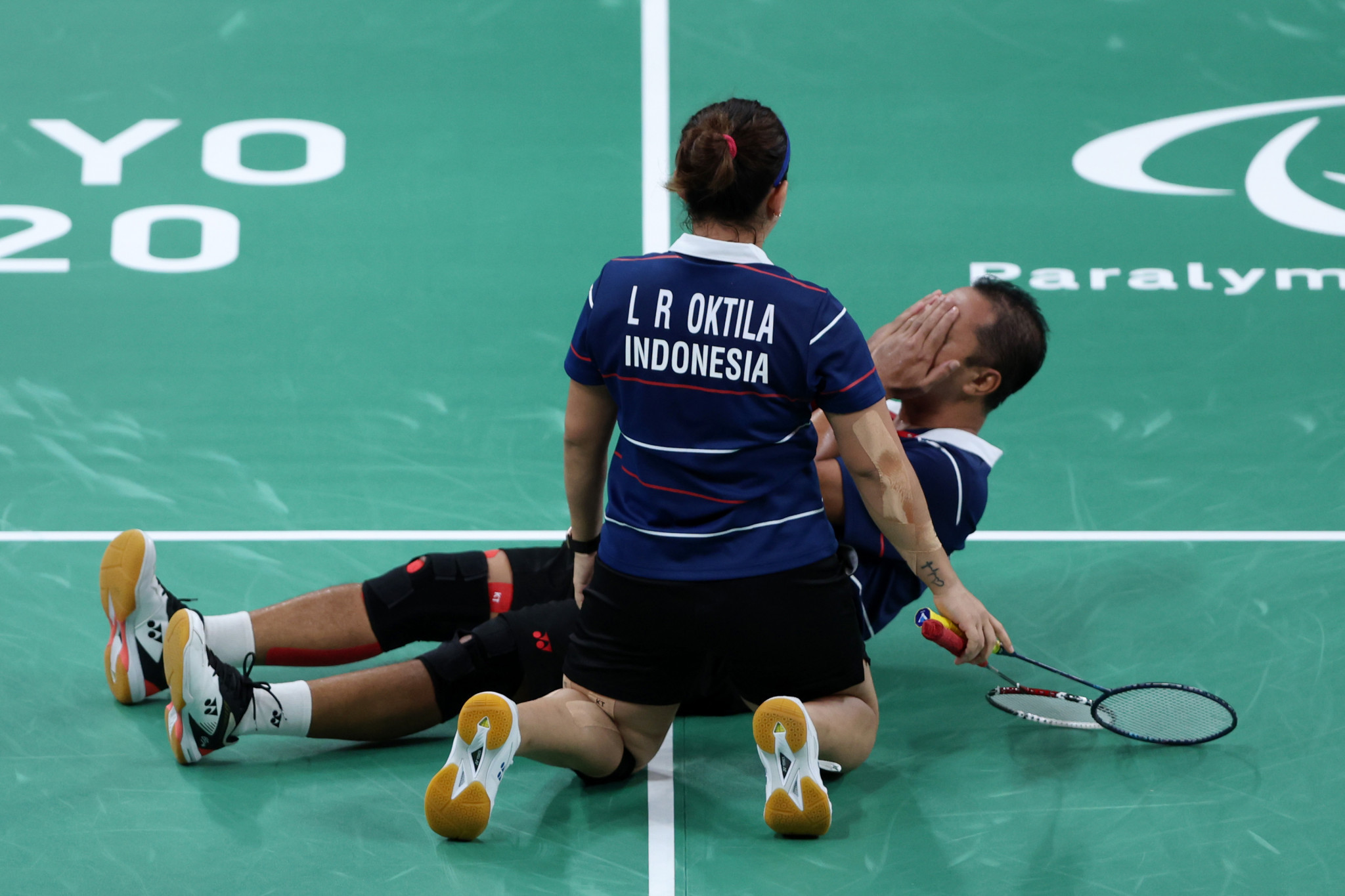 The top seeds won three successive matches in the group stage of the competition to advance to the gold-medal match.

Susanto and Oktila faced the challenge of French pairing Lucas Mazur and Faustine Noël in the final.

The opening game proved closely fought, with Susanto and Oktila edging their rivals 23-21 to take a crucial lead.

The duo completed their fourth consecutive straight games triumph by winning the second 21-17.

The result gave Susanto his first Paralympic gold medal, while Oktila added to her triumph in the women’s doubles event yesterday.

Indonesia has now celebrated gold medals in consecutive days at Tokyo 2020, having gone 41 years without a Paralympic champion heading into the Games.

Japan's Daisuke Fujihara and Akiko Sugino earned bronze in the event after they overcame Pramod Bhagat and Palak Kohli of India 23-21, 21-19.

Oktila finished Tokyo 2020 with two gold and one silver medal, after suffering defeat in the women's SL4 singles final.

China’s Chang Hefang won the opening game 21-19, only for Oktila to win the second 21-17 to force a decider.

Chang, the 2017 world champion, overcame the top seed 21-16 in the third game to secure Paralympic gold.

China’s Ma Huihui completed the podium after recording a 21-12, 21-5 win over Norway’s Helle Sofie Sagøy in the bronze-medal match.

"I was always hoping to get the gold medal, and now that this dream has come true for me I’m super happy,"  Kajiwara said.

"I want to thank everyone who has supported me.

Nagar was forced to play a decider in the final after he was pegged back by Hong Kong's Chu Man Kai in the second game of the contest.

France and Malaysia had one gold apiece, while South Korea, Britain, Hong Kong and Thailand were all represented on the podium.