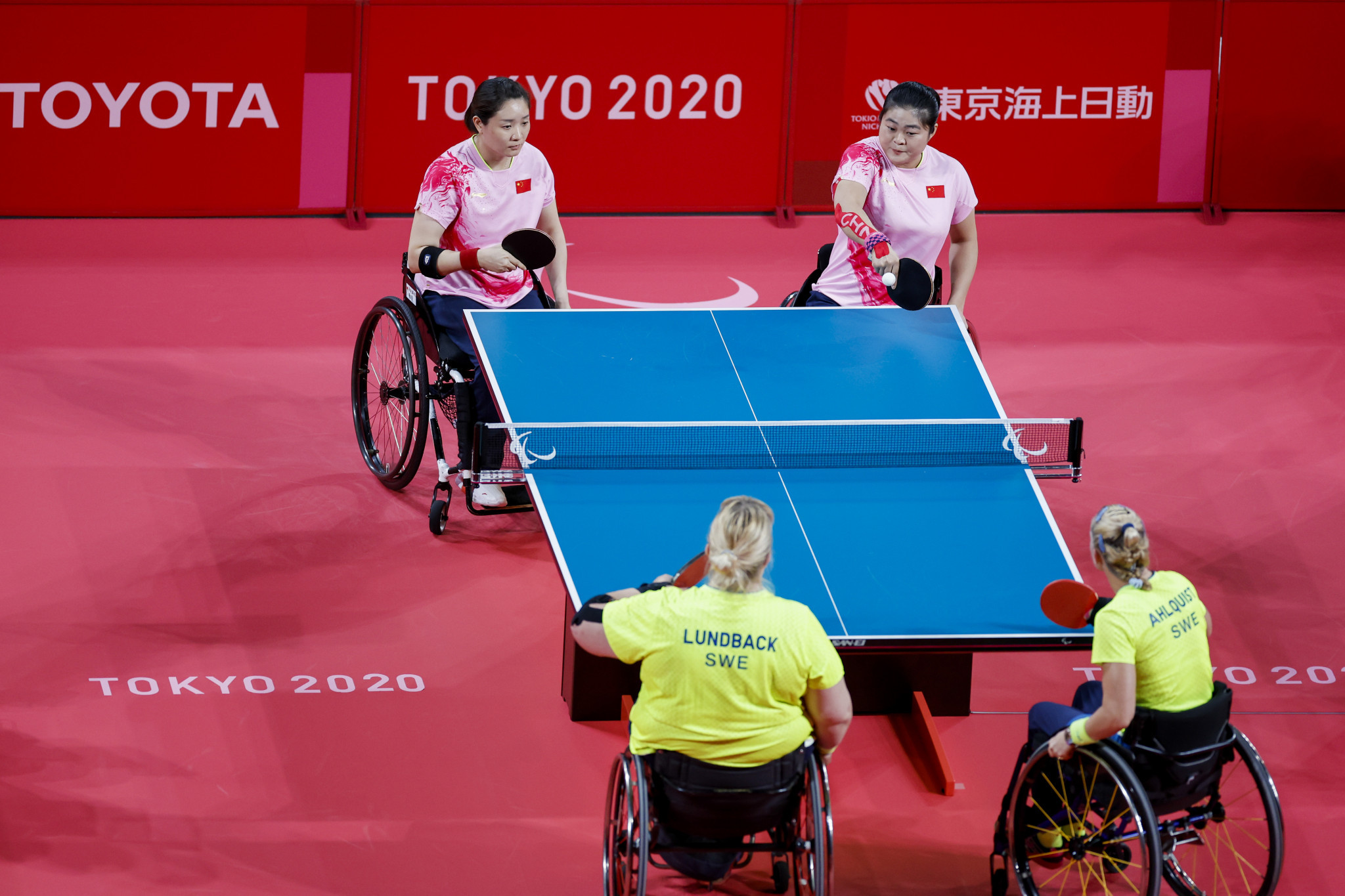 China's Zhang Bian and Zhou Ying came from behind to beat their Swedish rivals in the women’s classes 4-5 final as five Paralympic Games team table tennis gold medals were earned at Tokyo 2020 today.

Britain and Serbia were the bronze medallists in the event, after losing their semi-final contests.

Yan Shuo and Liao Keli proved too strong for Britain’s Will Bayley and Paul Karabardak in the doubles match, winning in straight games 11-7, 12-10, 11-2.

Bayley won the opening game of his singles match against Yan, but the Chinese player delivered a repeat of the singles gold medal contest by winning in four games 7-11, 15-13, 11-6, 11-4 to establish an unassailable lead.

Spain and Germany secured the final podium spots in the event.

A hat-trick of Chinese gold medals were secured by Lian Hao and Zhao Yi Qing in the men’s team class 9-10 event.

Nigeria and Ukraine finished as the bronze medallists in the event.

Australia were forced to settle for their second silver medal of the day, after their women’s class 9-10 team were beaten by Poland in the final.

Brazil and China completed the podium places by winning bronze.

Fabien Lamirault added team gold to his individual success, as France were crowned champions in the men’s class 1-2 competition.