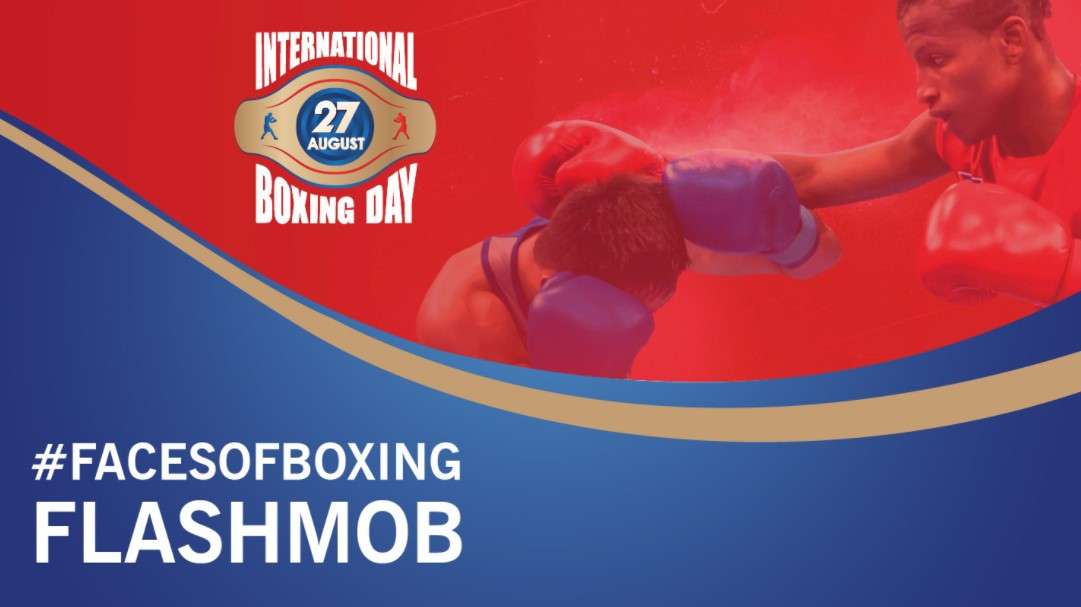 The governing body has encouraged fans to create a videos of themselves shadowboxing and saying "we are faces of boxing" to the camera, with the best videos making it to the AIBA Instagram account.

Participants will be entered into a giveaway with 20 pairs of boxing gloves autographed by Olympic silver medallist Roy Jones Jr to be distributed.

International Boxing Day was originally scheduled for July 22, but was moved to the later date in order to commemorate the first edition of the AIBA World Championships which were held from August 17 to 30 in 1974.

In 2017, AIBA designated International Boxing Day to be celebrated every year and encouraged the global boxing family, fans, partners and stakeholders to join forces in the festivities.

"Not only does the new date mark a special event in AIBA’s history but it also is more convenient for everyone to celebrate after the summer holidays," said AIBA President Umar Kremlev.

"This year AIBA expects more countries to join and more people to be involved.

"I truly believe this day is a great promotion for our sport worldwide."

Russia has hosted a number of significant events to celebrate the day in years gone by.

The first year of celebration in 2017 saw a mass boxing training session held in the iconic Red Square in Moscow, attended by around 3,000 people.

In 2018, teams from Russia and Germany participated in a boxing show.

Another celebration was held at Moscow's Red Square in 2019, with more than 40,000 young athletes performing for an enthusiastic audience, who were then treated to a series of high-level bouts featuring the likes of Fedor Chudinov, Magomed Madiev and Islam Edisultano.

A cultural programme also took place alongside the boxing action.

For the 2020 occasion, more than one million people tuned in to a show celebrating International Boxing Day which was broadcast by the Russian Boxing Federation on VK.

In lieu of an event in Red Square, which was not possible because of the coronavirus pandemic, the seven-hour broadcast featured interviews with officials and boxers, musical performances and boxing highlights.