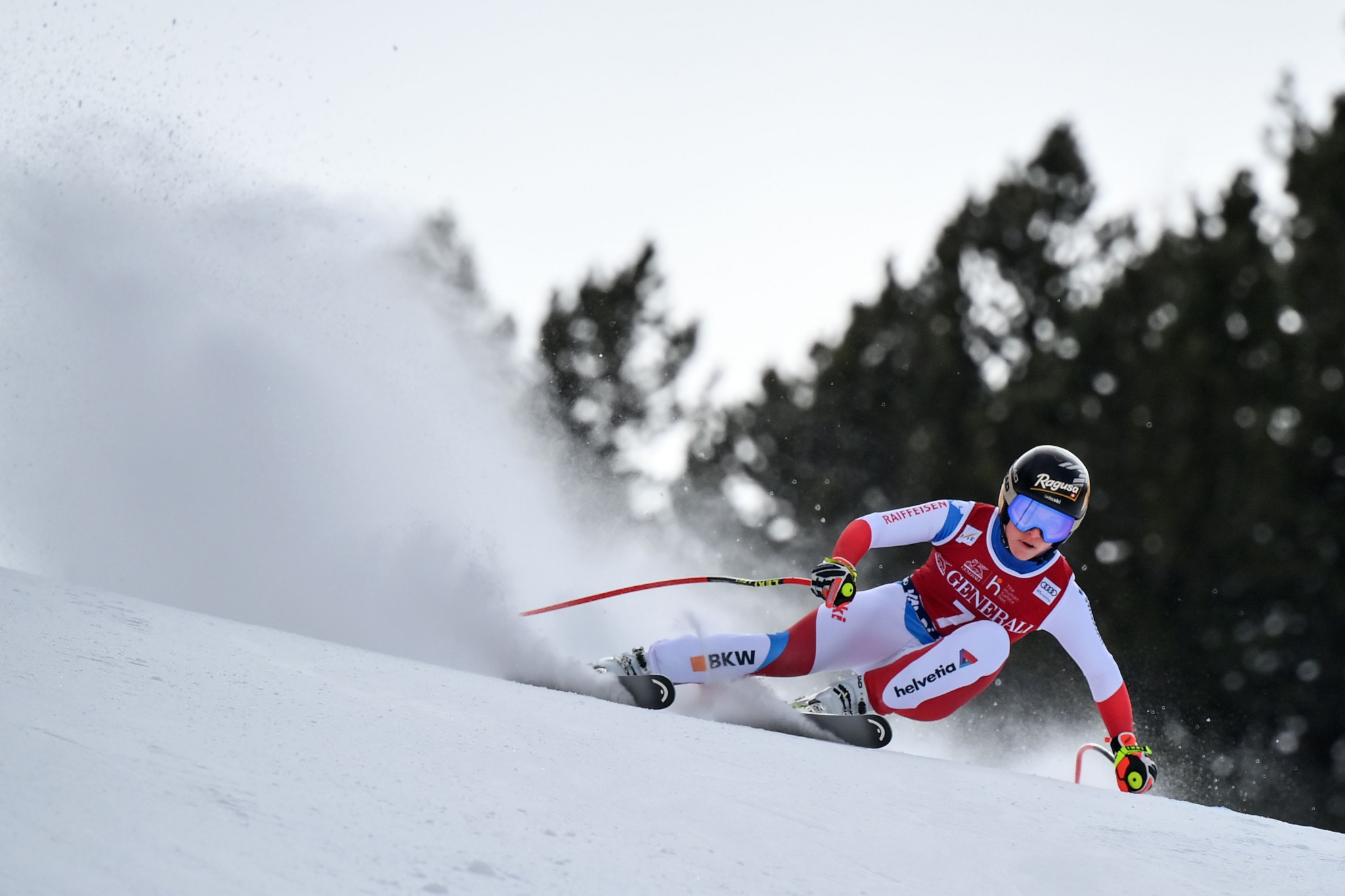 Gut-Behrami won the downhill race at the Italian resort just as she did yesterday, and now leads the overall World Cup standings by more than 100 points.

In between Gut-Behrami's back-to-back downhill wins in Val di Fassa and a pair of super-G victories in Garmisch-Partenkirchen, she also won super-G and giant slalom titles at the FIS Alpine World Ski Championships in Cortina d'Ampezzo, as well as a downhill bronze medal.

Today, in bib number seven, Gut-Behrami completed the course in 1min 25.53sec to take the lead from Corinne Suter, and the pair would stay in those positions to complete a Swiss one-two.

Suter was 0.32sec of the winner's pace, and third-place Kira Weidle of Germany 0.68 back.

Slovakia's Petra Vlhová could only finish 12th and now has 1,040 World Cup points compared to Gut-Behrami's 1,147.

With 872, Michelle Gisin, another Swiss skier who came seventh today, is third in the overall World Cup standings.

Italy's Sofia Goggia - out for the rest of the season through injury - leads the overall downhill standings but could still be overhauled by Suter or Gut-Behrami, who are respectively 70 and 97 points behind.

There is one downhill race left on the calendar - on Swiss snow in Lenzerheide as part of the World Cup Finals.

Gut-Behrami will have the chance to make it five World Cup wins in a row in tomorrow's super-G contest in Val id Fassa.