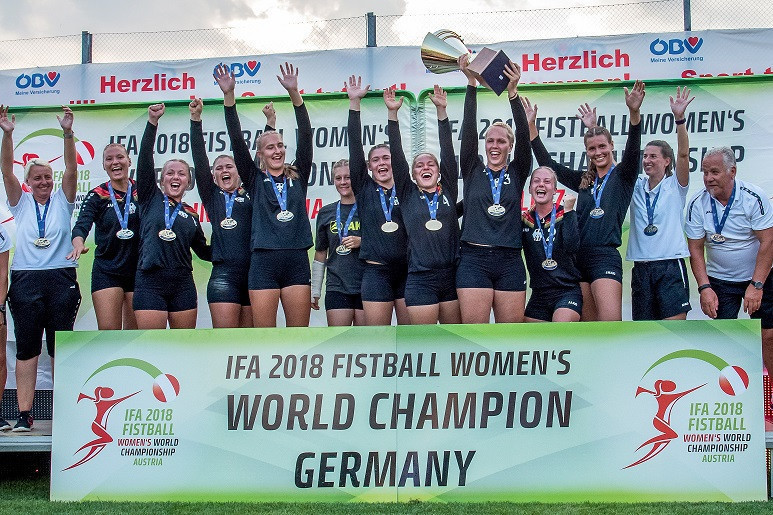 The International Fistball Association (IFA) has been in discussions with Swiss Faustball and club TSV Jona over hosting the 2021 Women's Fistball World Championship in Jona.

The event was due to take place in Chile in November, but was postponed due to the COVID-19 pandemic and Chile withdrew as host.

Last month, fistball's governing body said it had been looking at various locations in Europe, with President Jörn Verleger saying it was hoped a final decision on the replacement host would be forthcoming.

While no such announcement has yet been made, Jona is in pole position to host the event after the IFA said two other potential venues pulled out.

A first on-site visit took place during a fistball match between Austria and Switzerland in August, with sports facilities and infrastructure for hosting the Championship assessed.

"Hardly any other fistball club in the world has such an ideal infrastructure as TSV Jona," Verleger said.

"We have to plan for the World Championship in scenarios with and without spectators now.

"TSV Jona can fulfill both requirements very well due to the existing infrastructure in the soccer stadium and the fistball stadium without having to invest in temporary stands.

"In addition, the club around [TSV Jona] President Martin Grögli and his team has a wide range of experience in the realisation of major events.

"We have also adapted the catalogue of requirements for the organiser accordingly.

"It shall be a ‘World Championship of Solidarity’, where everyone will and must make their contribution."

The Women's Fistball World Championship is a qualifying tournament for the 2022 World Games in Birmingham in the United States.

A new host is also needed for the IFA World Tour Final next year, with Birmingham no longer able to fulfil that role in 2021 after the postponement of the World Games by one year.

The World Tour Final is expected to take place in South America in October 2021.