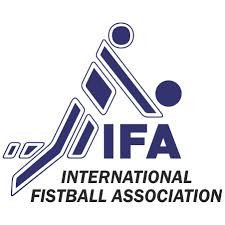 The International Fistball Association (IFA) has postponed several of its major events and cancelled its World Tour season because of the coronavirus pandemic.

Members of the IFA Board took the decision to reschedule competitions in the sport in response to the outbreak of COVID-19, which has forced a near total shut down of sport across the world.

Among the fistball events to be rearranged include the men's European Championship in Italy, which has been moved to 2021.

The Under-18 Men's and Women's World Championship in Austria has also been delayed by a year, while the IFA World Tour Finals have been cancelled.

In a statement, the IFA said it was too early to decide whether the Fistball Women’s World Championships in Chile, scheduled for October, would go ahead as planned.

"The decision to postpone the U18 World Championships and the World Tour Finals as well as the cancellation of the World Tour 2020 was not taken frivolously," IFA President Jörn Verleger said.

"It is a decision in the interest of the health of the entire fistball family.

"Each party has always acted in the spirit of our sport and had to contribute its share to achieve a common result."

According to latest figures, the COVID-19 virus has infected over 1.2 million people and killed over 66,000 worldwide.