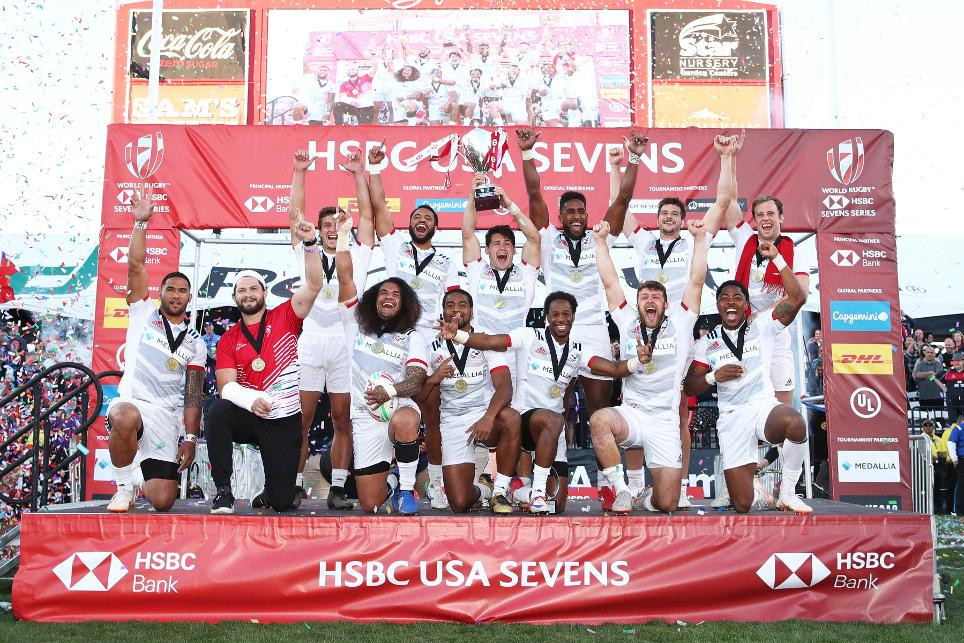 The United States moved to the top of the overall standings as they retained their Las Vegas Sevens title to clinch their first triumph of the season, ending a run of four consecutive final defeats.

The hosts scored five tries in a 27-0 thrashing of Samoa in the tournament's showpiece encounter at the Sam Boyd Stadium.

Ben Pinkelman led the way for the American side with two tries as the US, who had lost four finals in a row on this season's circuit, further underlined their emergence in the Olympic discipline.

The US now have 98 points and sit top of the standings after five events.

They are five ahead of New Zealand, with Fiji occupying third place on 84 points.

"If we're going to win one of them then the one at home was the one we wanted," said US captain Madison Hughes.

Highlights: Check out all the action as @USARugby successfully defend their #USA7s title in Las Vegas pic.twitter.com/ITECiHbAbX

"It feels so good, having missed out on it last year when I was up in the box [injured].

"So now to be here on the field feels pretty good.

"This is the exact moment we wanted.

"We had it last year and we didn't want anything more than to be right back here, to be surrounded by everyone storming the field."

The US overcame New Zealand 24-19 in a thrilling semi-final, while Samoa reached their first cup final since 2016 with a 33-19 win against Argentina.

New Zealand bounced back from the disappointing defeat in the last four by ousting Argentina 26-19 in a high-scoring bronze medal match.

The World Rugby Sevens Series resumes on Saturday (March 9) in Vancouver, hosting the sixth event of the campaign.