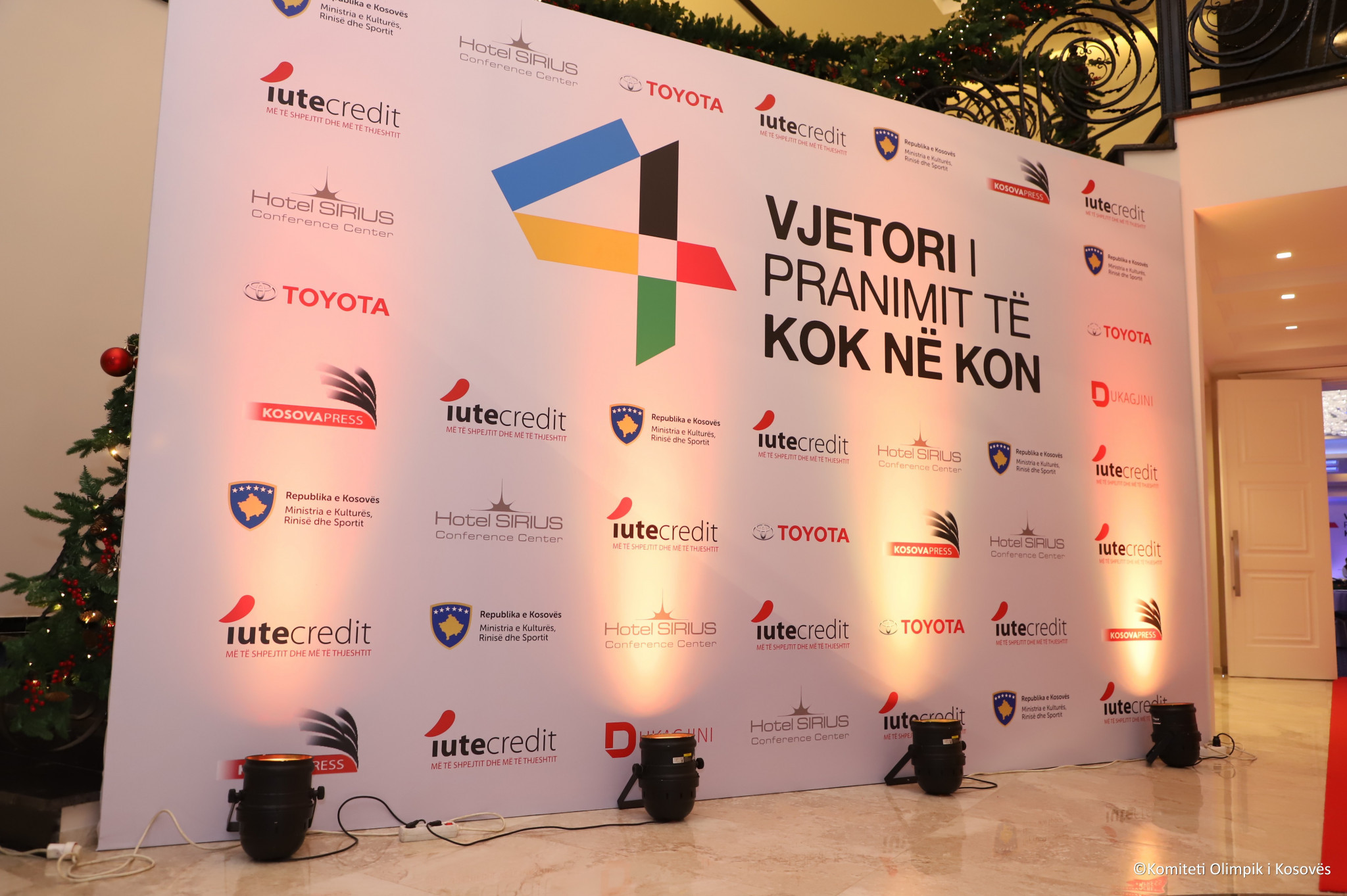 Prime Minister Ramush Haradinaj was among the guests at a gala evening held by the Kosovo Olympic Committee to mark the fourth anniversary of their recognition from the International Olympic Committee.

Also present was Kosovo’s Minister of Youth, Culture and Sport, Kujtim Gashi, and Majlinda Kelmendi, who became the first Kosovo athlete to win an Olympic medal when she took the Rio 2016 gold in the 52kg judo category.

In his welcoming speech, Kosovo Olympic Committee President Besim Hasani said: “Recognition from the IOC opened the doors for the national federations to be recognised by their International Federations.”

Haradinaj called on businesses to invest as much as they can in sport because he said sport and athletes were the best ambassadors around the world for Kosovo.

Kelmendi presented an IOC pin to Albin Tahiri, who became the first athlete to represent Kosovo at a Winter Olympic Games when he took part in Alpine skiing at this year’s event in Pyeongchang.

An award was also made to mark the contributions made by the late vice-president of the KOC and former Kosovo Football Federation President Fadil Vokrri, who died six months ago.

The KOC was officially recognised by the IOC in October 2014 and the country made its first Olympic appearance at the Summer Games in Rio de Janeiro two years later.