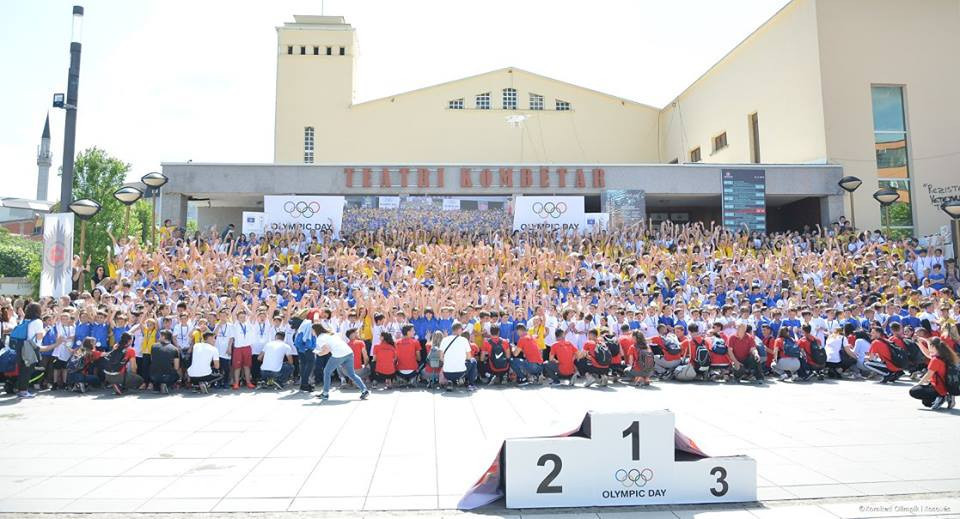 All of the youngsters involved were born in 2008, the year Kosovo declared independence from Serbia.

They took part in runs in their respective cities.

More than 2,500 children were involved in capital Pristina where the main celebrations took place.

"You will run all your life," encouraged KOC President Besim Hasani.

In Pristina, the Kosovo Modern Pentathlon Federation were also involved with hundreds taking part in the laser-run discipline.

They were coached by Latvia's Deniss Čerkovskis, a four-time Olympian.

Kosovo became a full member of the International Olympic Committee in 2014 and made their Olympic debut at Rio 2016.

It was a golden first appearance in the Brazilian city as judoka Majlinda Kelmendi won the women's 52 kilograms title.