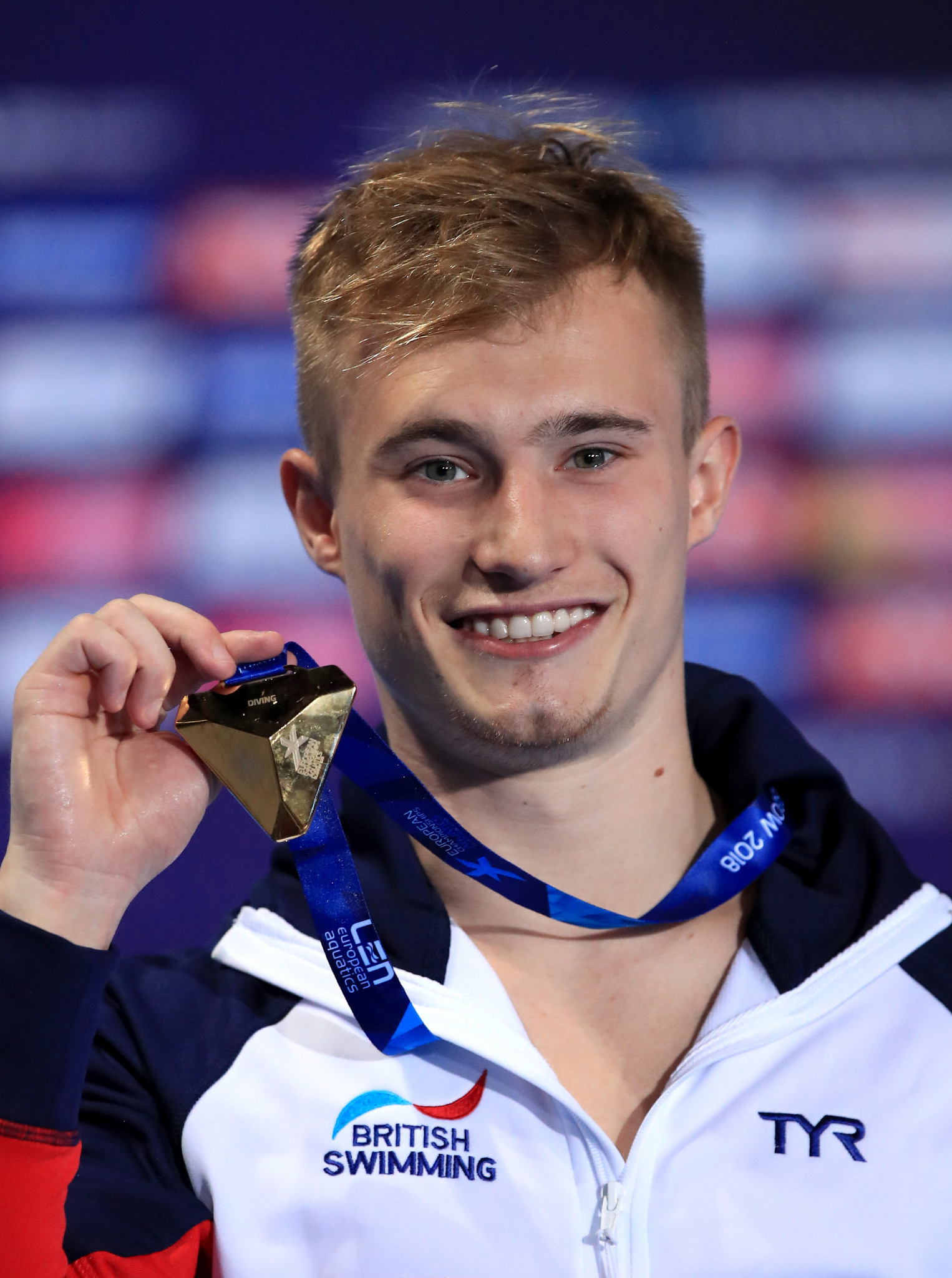 The Briton, the Olympic champion in the 3 metres synchronised springboard event, saw off strong challenges from Russia's Ilia Zakharov and Evgenii Kuznetsov to seal the title.

"There is still a lot of things to be improved on,.

"It wasn't a perfect performance, by any means, but I'm really happy with the outcome and especially happy to beat the Russians as well."

A very strong start from Zakharov meant Laugher was in second place until the fourth round when a slight mistake on a comparatively easy dive saw him lose the lead.

There were no major mistakes from any of the top three after that, indeed Kuznetsov’s final dive was faultless and scored over 100 points.

From Zakharov’s point of view, though, the damage was already done and strong final dives from Laugher saw that he was not caught.

Earlier on in the day, Russia had claimed a diving gold in the men’s synchronised 10m platform final.

The country won their first gold at the Royal Commonwealth Pool thanks to Aleksandr Bondar and Victor Minibaev, who scored 423.12 points over six rounds.

Thank God we did it, the first three days did not go so well for our team and they were not able to win," said Minibaev.

"We broke through that barrier and finally were able to win.

"I want to wish good luck to all our other guys that still will compete.

"We will root for them."

Edinburgh erupts as @JackLaugher takes Gold in the 3m springboard ?

Only five pairs took part in the synchronised final.

Second place went to the British pair of Matthew Dixon and Noah Williams, who scored 399.90 points, and the bronze was won by Armenia’s Vladimir Harutyunyan and Lev Sargysan in a surprise result.

It looked as if Belarus' Artsiom Barouski and Vadim Kaptur would take that medal only for bad mistake on their penultimate dive see them drop to last.

The bronze for Armenia was the nation’s first medal of any kind at these European Championships.

"It is the first medal in diving for Armenia since we became independent in 1992," said Sargysan.

"We made history as the first medallists.

"Our preparation was very tough, emotionally and physically.

"I had a problem with my shoulder joint and Vladimir had problems with his elbow.

"So we needed more concentration to pull ourselves together and to dive well."