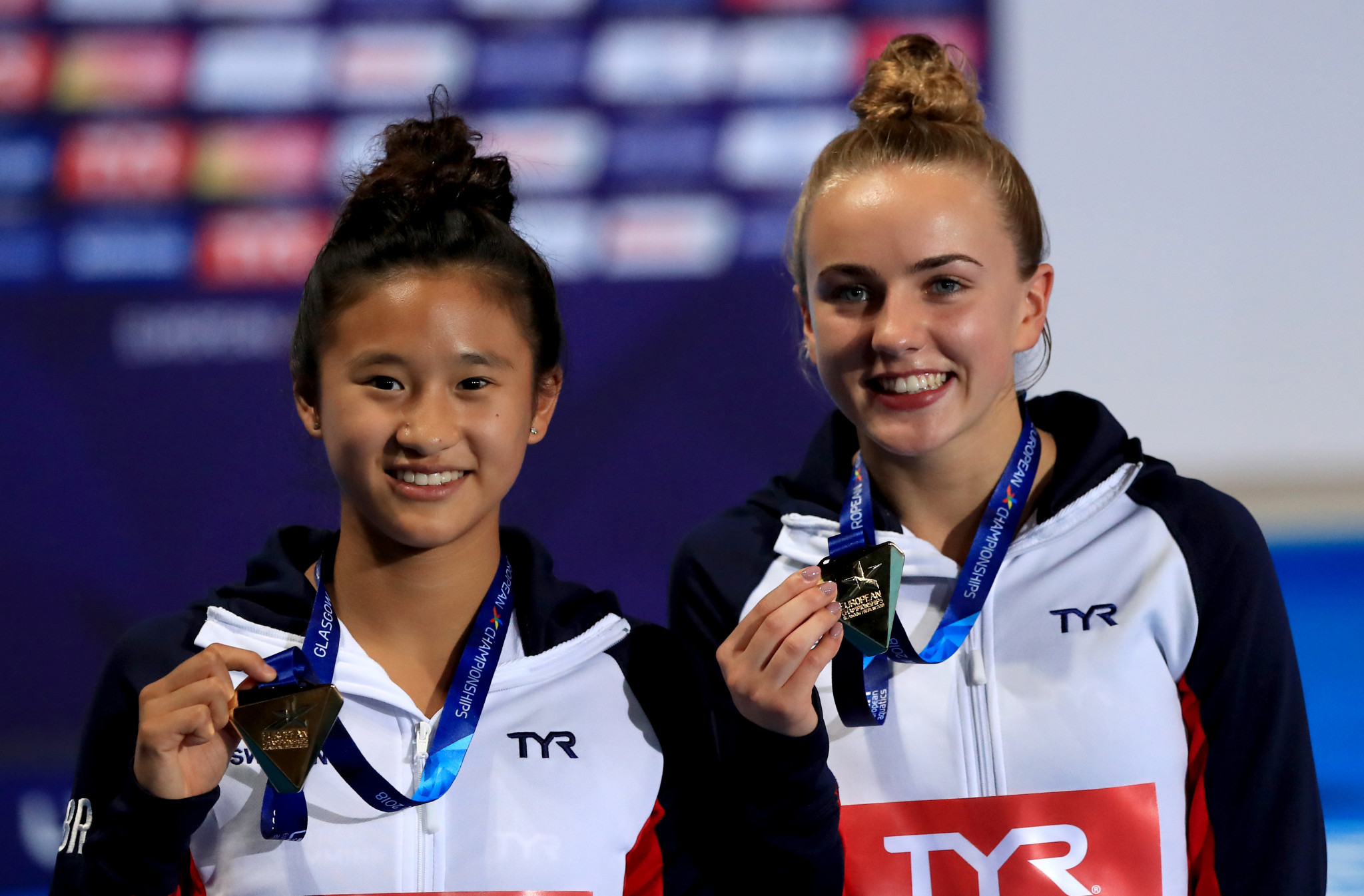 Great Britain won gold today in both the women's 10 metre synchronised platform final and the men's 1m springboard final, to claim their first two diving golds of the European Championships in Scotland.

Lois Toulson and Eden Cheng, who is just 15-years-old, were in fifth place after three dives, but faults from their rivals combined with great jumps from themselves in the last two rounds saw them surge into first place at the Royal Commonwealth Pool in Edinburgh with a score of 289.74.

"That was a bit crazy," said Toulson afterwards.

"I wasn't happy with two of my dives.

"Personally they were very bad and I thought we had lost the chance.

"But to finish on two really good dives, which were our hardest ones, we managed to climb back up there."

Last year Cheng was still competing in the junior events, so with a senior gold now already to her name, she surely has a bright future ahead.

"I'm finished now [competing at the European Championships]," she said.

"It means a lot to be able to carry on my synchro career with Lois.

"This is just the start and hopefully there is more to come."

It got better still for Britain after that though, with Jack Laugher, the Olympic champion in the synchronised 3m sprinboard, taking the 1m springboard title.

Growing in confidence through the rounds, he eventually sealed the win with 414.60 points, ahead of Italy's Giovanni Tocci in second who scored 401.10.

To make things even better for the home nation, the bronze went to another Briton, James Heatly, who scored 391.70.

"With two more events to go, it is a really good way to kick off these Championships," said Laugher, who will also compete in the synchronised 3m springboard and individual 3m springboard.

"It was not my best performance and not as good as the Commonwealths [where he also won the gold in 2018] but I am happy to come out on top again.

"I was very consistent in the morning and afternoon today, so I want to take that into the other competitions.

"The 1m event is a very important event but my favourite event is the 3m and the synchro."

Commenting on the girls' win earlier in the day, Laugher said it showed Britain are now a diving powerhouse.

"It is very obvious to see how strong we are.

"We have fantastic depth and we have a huge range - all the way from world champions to junior level.

"British diving is going from strength to strength.

"It definitely shows that Britain is a huge diving nation and one to be feared."

Laugher will go again in the preliminary round of the individual 3m springboard on Thursday (August 9).