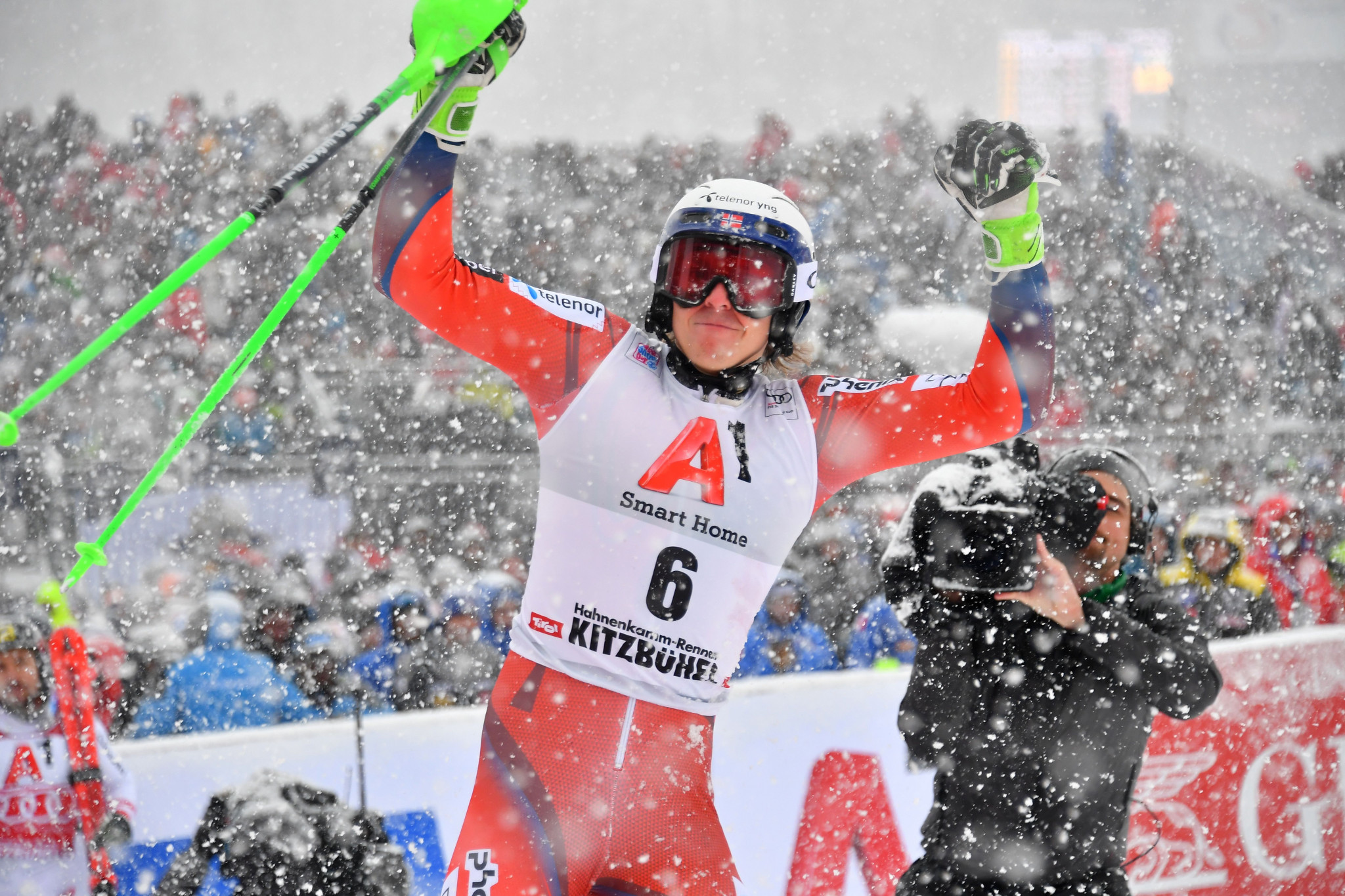 Norway’s Henrik Kristoffersen recorded the best time of the day in the slalom at the International Ski Federation Alpine Skiing World Cup event in Kitzbühel to claim his first title of the season.

Kristoffersen crossed the finish line in a time of 1min 48.49sec to clinch the gold medal at the Austrian venue, beating home athlete Marcel Hirscher, who registered a time of 1:49.46, by more than a second.

Today’s result means Kirstoffersen, the Sochi 2014 bronze medallist, has still never lost a race after leading the first run of the competition.

"The first run was really good

"In the second run I was on the limit.

"I made some mistakes here and there but I just tried to keep going.

"We have no slalom races in Norway so this feels like a home race for me,"

Switzerland’s Daniel Yule claimed his first medal of the season by coming third in a time of 1:49.84.

There was more Swiss success in the women's super-G event today as Lara Gut took the top prize in Cortina d’Ampezzo in 1:14.78.

It was the Sochi 2014 bronze medallist’s first victory since returning from a serious knee injury last year.

Johanna Schnarf, of host country Italy, finished just 0.14 seconds behind the winner in the silver medal position, ensuring she stood on a World Cup podium for the first time since 2010.

Austria’s Nicole Schmidhofer took her second super-G bronze medal of the 2017-2019 World Cup campaign, recording a time of 1:15.05 on a course that had to be shortened due to heavy snowfall overnight.

Neither of the two sets of athletes will travel very far for their next event on Tuesday (January 23) with the men heading to Schladming in Austria for another slalom race and the women will compete in a giant slalom competition on the Italian mountain Kronplatz.